A dark money group that was founded by one of former President Donald Trump's key allies raised over $20 million in 2020 and used the money to help finance various conservative groups.

Leonard Leo's The 85 Fund received the money through the Donors Trust, a donor-advised nonprofit group that funnels money from often wealthy conservative financiers to other organizations, according to a Donors Trust 990 tax filing first seen by CNBC.

The 85 Fund is part of Leo's extensive network of organizations that seek to influence policy, the president's picks for the judiciary and the larger conservative movement. Leo, who is the co-chairman of the Federalist Society, was a key outside advisor for Trump when the then-president chose Brett Kavanaugh and Neil Gorsuch for slots on the Supreme Court. 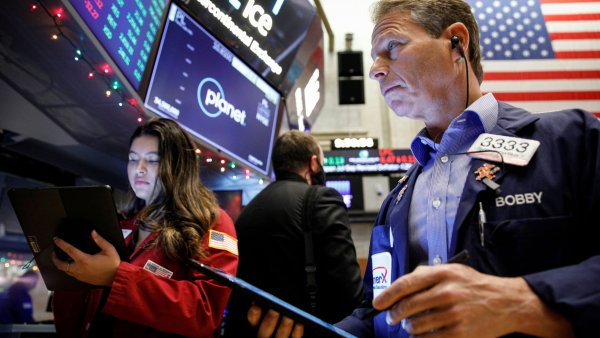 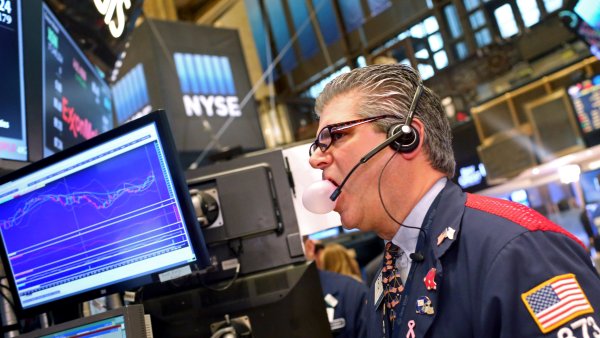 The donations toward The 85 Fund included one contribution that was over $19 million and several other smaller contributions. Because of the donations, The 85 Fund, which filed to change its name from the Judicial Education Project to The 85 Fund in 2019, had its most successful fundraising year yet.

It is not clear how much more money, if any, the group raised beyond the $20 million-plus from donations to the Donors Trust. Representatives for The 85 Fund, which is registered as a 501(c)(3) nonprofit, did not provide further details on how much more it raised and who else saw their money before publication.

The Donors Trust is a 501(c)(3) organization that is regularly used by conservative megadonors to finance their intended groups, which often lean to the right of the political spectrum. The Mercer family, led by longtime Trump allies Robert and Rebekah Mercer, invested nearly $20 million through their foundation into the Donors Trust last year.

The contributors to the Donors Trust remain anonymous because these types of organizations are not required to publicly disclose their donors. Donors Trust raised over $350 million last year and gave out over $180 million in grants.

Leonard Leo and The 85 Fund

Leo has said he started The 85 Fund to act as a counterweight to similar efforts that take place on the progressive side of the Democratic Party such as the left-leaning group called the Sixteen Thirty Fund which invested over $400 million in 2020, according to Politico. The Sixteen Thirty Fund is a 501(c)(4) nonprofit group.

Leo previously told Axios that one of his initial projects for this new effort, including The 85 Fund, will be a "minimum of $10 million issue advocacy campaign focusing on judges in the 2020 cycle." He did not respond to CNBC's requests for comment.

The Donors Trust 990 gives a first glimpse into the amount raised by The 85 Fund and which right-leaning groups with the same nonprofit status received money from the fund. One such group, Turning Point USA, was founded by fellow Trump ally Charlie Kirk to amplify conservative voices on high school and college campuses.

The 85 Fund itself is run by allies of Leo's, according to a 2020 annual report filed with the state of Virginia. Leo himself is not listed on the document as one of the group's leaders. Carrie Severino, the president of the Judicial Crisis Network, an outside group that advocates for conservative leaning judges, including all of Trump's picks to the Supreme Court, is listed as a secretary of the organization.

A spokeswoman for Severino declined to comment about the groups The 85 Fund supported.

Turning Point USA received $200,000 for a "TP Campus Project" from The 85 Fund, according to the Donors Trust's 990 filing. A spokesman for Turning Point USA confirmed that the contribution went toward their organization.

Another $750,000 was sent to The 85 Fund for what's described as a "Project with the Mercatus Center." The Mercatus Center is a think tank at George Mason University, which has been funded for years in part by nonprofits tied to billionaire Charles Koch and other outside groups financed by conservative leaning business leaders.

Mercatus conducts research on a slew of topics that lean more to the right of the political spectrum, which the group calls "market-oriented ideas." The group's website says it advocates cutting regulations, pushing back on government bailouts and subsidies, and fighting back on corporate tax hikes, such as President Joe Biden's proposed 15% global corporate minimum tax.

A spokeswoman for the Mercatus Center did not deny that their group received funding from The 85 Fund.

"Mercatus maintains a firewall between our funding and research teams to avoid any potential conflicts of interest. All Mercatus scholars select their own research projects and all work product must be capable of withstanding rigorous peer review of its quality and reliability," Kate De Lanoy, a spokeswoman for the organization, told CNBC in a statement on Thursday. "Mercatus financial supporters have absolutely no influence or control over the research design, methodology, analysis, or findings of Mercatus research projects, nor do they have influence or control over the content of educational programs. Offers of financial support predicated on such expectations are not accepted."

While the Honest Elections Project calls itself nonpartisan, there are elements of it that appear to mirror the often critical and false claims made by Trump and other Republican leaders about the state of the U.S. election system. The criticism from Republicans came after Trump lost the election to Biden last year. The Honest Elections Project has previously told CNBC that it concluded after the 2020 election there was no widespread voter fraud.

In a report posted on the Honest Elections Website, the group takes aim at the For the People Act, also known as H.R. 1, which was introduced by Democrats and passed in the House. Democrats say the legislation would help people have better access to the ballot box. It has yet to be passed in the Senate.

"The 2020 election was marred by confusion, haphazard voting changes, and undemocratic efforts to use courts to weaken voting safeguards and skew the rules for partisan advantage," the Honest Elections Report says. "The legislation constitutes an unprecedented attempt by the federal government to rewrite election laws in all 50 states. The policies contained in its 800 pages would violate the principles of federalism, weaken election security laws, force states to make sweeping changes to elections, and expose the voting process to unnecessary risks of fraud, chaos, and litigation."

During the election, the group ran a video that highlights Democratic leaders, while the voiceover says "politicians want to win elections at any cost. Even if they bend or break a few rules. Lawsuits, changing election rules, exploiting a crisis. All to push a vote by mail election that invites chaos and fraud. That's wrong." The ad then goes on to pitch the idea of new election laws.

The 85 Fund also donated $1 million to what's described on the 990 form as "the Accountability and Civics Trust Project." The Foundation for the Accountability and Civics Trust was once run by former acting Attorney General Matthew Whitaker, who served under Trump. According to CNN, the organization previously filed ethics complaints against numerous Democratic Party officials, including former presidential candidate Hillary Clinton.

The group lists on its website a complaint filed to the Office of Special Counsel to investigate Jennifer Granholm, Biden's Energy Secretary. A representative for the group did not return a request for comment on whether it received money from The 85 Fund.

Another $2 million was doled out to what's described on the Donors Trust 990 as The 85 Fund's "Government Accountability Project." While it's unclear which group saw this funding, the money could well have gone to the Government Accountability Institute, which was founded by former White House chief strategist Steve Bannon and investigator Peter Schweizer. The group is also backed by Rebekah Mercer, who is listed on their website as chairwoman of the board.

The longtime investigator once wrote a book called Clinton Cash, which was a New York Times bestseller and was meant to highlight the Clintons' longtime business ties. Biden, the president's son Hunter Biden, the Afghanistan withdrawal and China's president Xi-Jinping are among the latest topics listed on the site that the group is currently focusing on.

"We have not received any funding whatsoever from the 85 Fund. The notation in the 2020 990 of the Donors' Trust Inc. is in error. We call on the Donors' Trust Inc. to correct or clarify its IRS filing to reflect that we did not receive such a grant," Louis Clark, the executive director and CEO of the Government Accountability Project, told CNBC in a statement on Wednesday.