The worldwide death toll from the coronavirus surged past 100,000 Friday as the epidemic in the U.S. cut a widening swath through not just New York City but the entire three-state metropolitan area of 20 million people connected by a tangle of subways, trains and buses.

In the bedroom communities across the Hudson River in New Jersey, to the east on Long Island and north to Connecticut, officials were recording some of the worst outbreaks in the country, even as public health authorities expressed optimism that the pace of infections appeared to be slowing.

As of Friday, the New York metropolitan area accounted for more than half the nation's over 18,500 deaths, with other hot spots in places such as Detroit, Louisiana and Washington, D.C.

“Once it gets into the city, there are so many commuters and travel, it gets everywhere," said Matt Mazewski, a Columbia University economics student who tried to get away from the epicenter by leaving his apartment near the New York City campus for his parents' house in Long Valley, New Jersey. 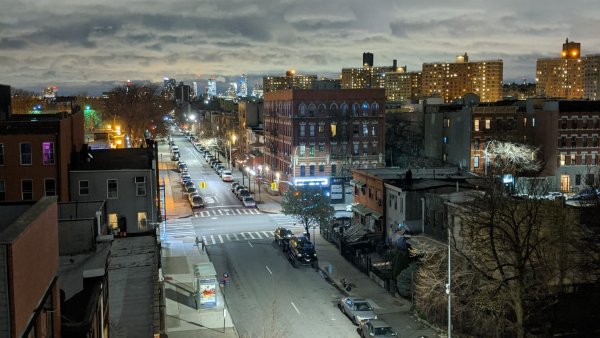 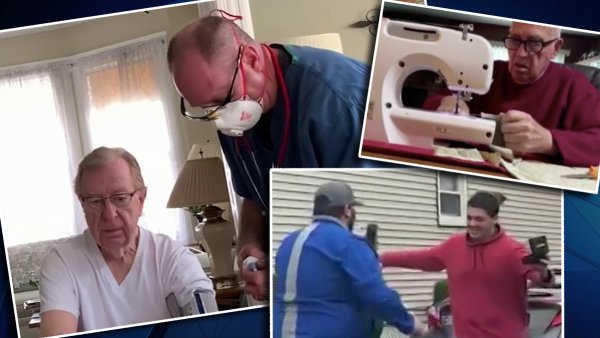 Confirmed infections reached about 1.7 million worldwide, while they surpassed half a million in the U.S., according to a Johns Hopkins University count.

The U.S. is on track to overtake Italy as the country with the highest number of dead, though the true figures on infections and lives lost around the world are believed be much higher because of limited testing, government cover-ups and different counting practices.

In places such as New York, Italy and Spain, for example, many victims who died outside a hospital — say, in a house or a nursing home — have not been included in the count.

With Christians around the world heading into Easter weekend, public health officials and religious leaders alike urged people to stay home, warning that violating lockdowns and social distancing rules could cause the virus to come storming back. Authorities in Europe put up roadblocks, used helicopters and drones, and cited drivers who had no good reason to be out.

With bans on large public gatherings due to the coronavirus pandemic, the faith community has had to find other ways to celebrate Easter this year.

Even in places where the crisis seemed to be easing, the daily death totals were hard to bear.

“I understand intellectually why it’s happening,” said Gov. Andrew Cuomo of New York, where deaths rose by 777, to more than 7,800. “It doesn’t make it any easier to accept.”

But New York officials also said the number of people in intensive care dropped for the first time since mid-March and hospitalizations were slowing: 290 new patients in a single day, compared with daily increases of more than 1,000 last week. Cuomo said that if the trend holds, New York might not need the overflow field hospitals that officials have been scrambling to build.

New Jersey’s outbreaks began with the state’s first confirmed infection, in a man who commuted between New York and his Fort Lee apartment. The virus is now in all 21 New Jersey counties.

Some suburbs had an infection rate even higher than New York City’s, including Rockland County, where the rate was double.

Officials said many Connecticut infections can be traced to cases in New York’s Westchester County.

“This is a virus that knows no borders,” Connecticut Gov. Ned Lamont said last month.

Dr. Anthony Fauci said relaxing social isolation guidelines would likely not be "one size fits all" as different counties experience varying intensities of the outbreak. "I think you're going to have to take it individually," he said.

For several days, two of the globe's other worst-hit places, Italy and Spain, reported that new infections, hospitalizations and deaths have been leveling off even as the daily death tolls remain shocking.

Spain recorded 605 more deaths, its lowest figure in more than two weeks, bringing its overall toll to more than 15,800. Italy reported 570 additional deaths for a total of more than 18,800.

With some signs of hope emerging, questions intensified about when restrictions might be loosened. Spain said factories and construction sites could resume work Monday, while schools, most shops and offices will remain closed. In Italy, there were pleas to restart manufacturing.

Though U.S. President Donald Trump insisted he would not lift restrictions until it's safe, he announced an “Opening our Country” task force and said, “I want to get it open as soon as possible.”

The head of the World Health Organization, Tedros Adhanom Ghebreyesus, warned that easing restrictions prematurely could “lead to a deadly resurgence.”

Italy, Ireland and Greece were among the countries extending lockdown orders into May.

As the threat receded in some places, it increased elsewhere. In the U.S., Michigan announced 205 new deaths Friday, its highest daily total, up from 117 a day earlier. In Europe, Britain recorded 980 new deaths, likewise a one-day high, for close to 9,000 dead in all.

British Prime Minister Boris Johnson remained hospitalized with the virus but was out of intensive care. His father, Stanley Johnson, said the prime minister needs to “rest up” before returning to work.

On Good Friday, some churches worldwide held services online, while others arranged prayers at drive-in theaters.

In Paris, services were broadcast from a nearly empty, closed-to-the-public Notre Dame Cathedral, still heavily scarred from a fire a year ago. In Warsaw, Poland, priests wearing masks heard confessions in a parking lot. And in New Orleans, the Catholic archbishop sprinkled holy water from the Jordan River from a biplane traveling overhead.