Gregory Constant working to get into Miami Dade College

A Haitian man who has survived numerous hardships including the devastating 2010 earthquake and paralysis to his legs is hoping to continue his college education in South Florida.

Gregory Constant's wheels are always in motion toward his dream, to study computer technology in the United States.

"I believe in education and I think that education is the best thing in the world that I can do right now," Constant told NBC 6.

But he's had some struggles along the way. Living in Haiti at just 8 years old, Constant became disabled from leg paralysis. He also lost his mom at a young age, lived in an orphanage and even survived the 2010 earthquake in Haiti. But he pushed on.

"When I was in Haiti, I fund raised my money for seven years to come to study in the United States to study English because in Haiti things are really hard, especially for people like me with disable," Constant said.

Constant may be bound to a wheelchair but he won't let his disability define him. His vibrant attitude has inspired everyone along his path.

"You'll discover that he's completely articulate and a real dynamic personality and great force of character. Just one of these people who's determined to succeed," said Phillip Stoddard, a professor of biology at Florida International University and the mayor of South Miami. "I've contributed to his college fund and I just encourage everybody to give this young man a leg up."

The driven student mastered English by taking classes at FIU's English Language Institute. He was on scholarship from the Haitian government but then things went south. He says they pulled their funding after one semester.

"They did not continue to support me so I had to try a lot and try hard so that I can continue to go to school," Constant said. 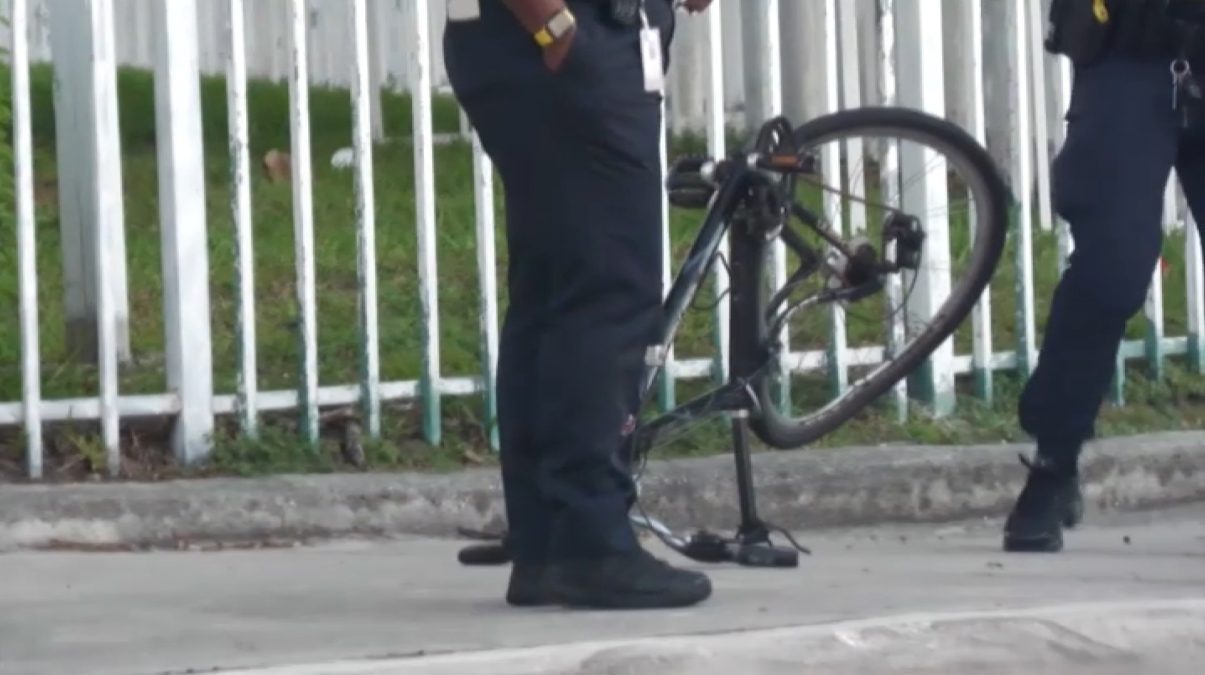 FIU has gone above and beyond to help him, even raising money to get him a new wheelchair, but since he's an international student not admitted at the university they've been limited in what they can do.

"Obviously he has a very warm style and a big smile and so we connected right away and we've been working with him to try and identify some different supports or funding streams or ways in which he could connect to different scholarships for students with disabilities," said Amanda Niguidula, director of the Disability Resource Center at FIU.

They're working to hopefully get him admitted into Miami Dade College but as he keeps rolling forward towards his future, he's in dire need of some financial help.

Constant wants to inspire others who believe they can't achieve their dreams. Constant has set up a GoFundMe page, which can be found here.