The Miami Heat have added another man to their playoff run with assistant coach Keith Smart returning to the team.

Smart had been away from the team due to cancer treatments dating back several months. It was a long and difficult road for the highly regarded and respected coach. Smart had been battling a rare form of skin cancer that required surgery and 30 rounds of chemotherapy.

While Smart may not be on the bench for the first round series against Charlotte, head coach Erik Spoelstra cleared up the importance his assistant will have regardless.

To his credit, Smart stayed active in his duties even while undergoing treatments from afar. The veteran coach filed game reports until he was unable to do so.

"My focus has always been on what we're doing and the details," Smart said. "I would present that to Coach. I told him at one point between treatments 15 and 18, that's when it really hit me and I couldn't concentrate -- I was so tired. I told him, 'Well, the reports are going to now start dropping, because I can't keep up with them.

Smart met with the Heat before a game in Sacramento earlier month to inspire the team. Though the meeting was brief, the impact was great and the players spoke highly of Smart at the time. The coach was still undergoing treatment at the time and was unable to join them for long. 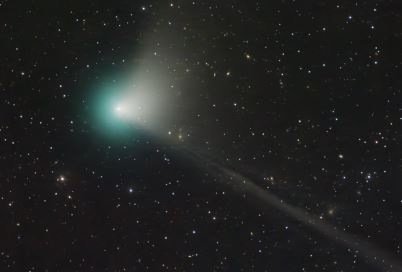 A Green Comet May be Seen in Florida For the First Time in 50,000 Years

The Heat also received some inspirational words from sidelined All-Star Chris Bosh recently. Bosh is unable to play in the first round, but will be on the bench for Miami's home games. His teammates welcomed his address and appeared inspired by Bosh's words.

Miami will open the first round on Sunday afternoon when it hosts the Charlotte Hornets.