At 52, Lagoa would become the youngest member of the U.S. Supreme Court if nominated and confirmed.

A daughter of Cuban exiles who has had a swift rise as a lawyer and judge is on President Donald Trump's short list to replace Ruth Bader Ginsburg on the U.S. Supreme Court.

The president said Monday that he does not personally know Barbara Lagoa, but praised her as “terrific.” Barely veiled was the fact that, as a Cuban-American from South Florida’s city of Hialeah, her selection could benefit Trump in the Nov. 3 election, when Florida could be the ultimate kingmaker. Lagoa grew up in a heavily Hispanic suburb of Miami.

“She’s excellent. She’s Hispanic. She’s a terrific woman from everything I know. I don’t know her. Florida. We love Florida. So she’s got a lot of things — very smart,” Trump said in a call-in interview with “Fox and Friends.”

Asked whether politics would play a role in the decision, Trump responded: “I try not to say so. I think probably automatically it is. Even if you’re not wanting to do that it becomes a little automatic.” 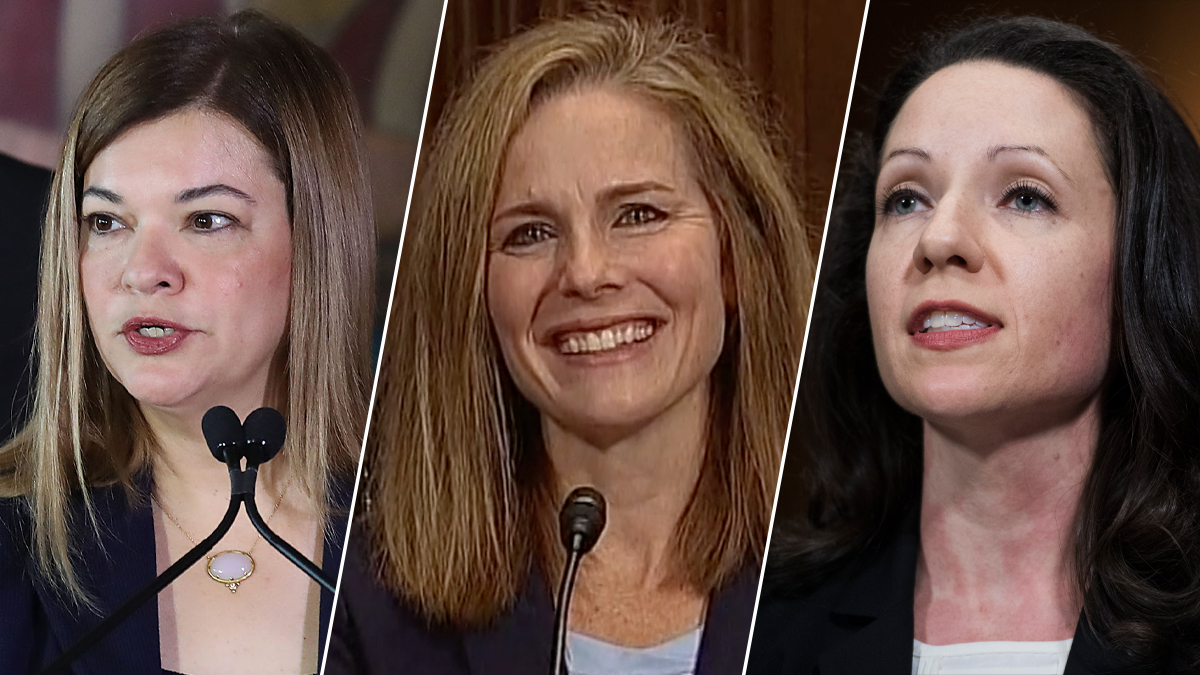 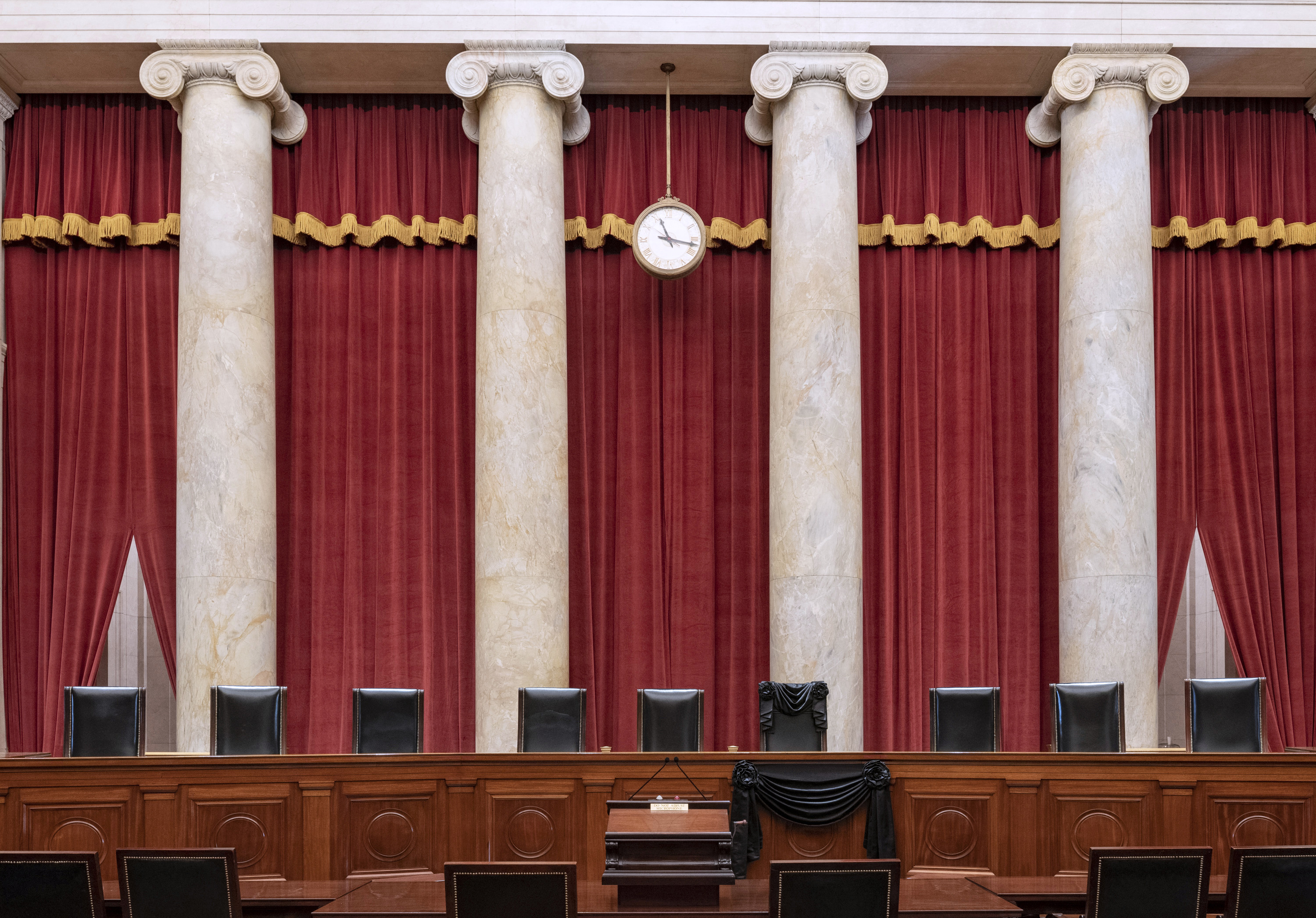 Speaking to reporters at the White House later Monday, Trump said he might meet Lagoa when he travels to Florida on Thursday for a campaign rally in Jacksonville. “She has a lot of support,” said Trump, who added he held calls on Sunday and Monday with some of the candidates he's considering. “I don't know her but I hear she is outstanding."

“The president could have easily met with Judge Lagoa in the White House, but he wants to come to Florida because Florida has 29 electoral votes in the electoral college,” said NBC 6 political analyst Carlos Curbelo. “It is the biggest prize when it comes to swing states. And it is a state that President Trump must win.”

After the death Friday of 87-year-old Ginsburg, a liberal icon, Trump said he would name a woman as a replacement — possibly by Saturday. Trump said Monday he has about five top prospects.

At 52, Lagoa would become the youngest member of the U.S. Supreme Court if nominated and confirmed.

Lagoa, an only child, once joked that after graduating from Florida International University leaving her close-knit Cuban-American family for New York to obtain her law degree from Columbia University “was not a popular decision in my house."

The next 43 days until the November election will not just impact the next four years of the presidency. After the death of Justice Ginsburg, the election could impact the future of the United State’s Supreme Court for decades. Republicans are now weighing if they can fill the seat before November.

When she was picked for the Florida Supreme Court, Lagoa said her father gave up his dream of becoming a lawyer and that both her parents worked long hours while she rode her bike and roller skated down the streets of Hialeah where she was cared for by her grandmother.

“My parents sacrificed to send me to Catholic school further instilling in me an abiding faith in God that has grounded me and sustained me through the highs and lows of life,” she said.

Lagoa is currently a judge on the Atlanta-based 11th U.S. Circuit Court of Appeals. Trump appointed her to that post in 2019 and the Senate confirmed her on an 80-15 vote.

Before that, for less than a year she was a justice on the Florida Supreme Court after more than a decade on a Miami-based state appeals court where she wrote some 360 opinions. She was the first woman of Hispanic heritage on the state Supreme Court.

Barbara Lagoa was the first Hispanic woman to be appointed as a Justice of the Supreme Court of Florida, a post she was picked for by Governor Ron DeSantis in January of 2019.

She's been in private practice, including work for Florida family members on the 2000 saga of the custody of Cuban rafter child Elian Gonzalez, which remains a hot-button issue in Miami to this day. Lagoa was also a federal prosecutor in Miami for a time.

“She’s someone who dedicated her life to public service,” said Kendall Coffey, the lead attorney in the Gonzalez case. “She worked day and night in what was a pro bono case, meaning no compensation. She handled the most legally sophisticated parts of the case.”

A Lagoa nomination may impact voters in the suburb of Hialeah, a popular site for campaigns seeking to persuade undecided voters.

Last weekend, groups for Biden and Trump rallied Cuban-Americans with drive-by events waving flags in this bastion of working-class voters where precinct-level analysis suggest Trump was not as dominant among Cubans in 2016.

“It is extremely exciting to have a fellow first-generation Cuban-American from Hialeah,” said Annette Collazo, also a daughter of exiles who is running as a Democrat for state representative in a district that includes Hialeah. “I temper that excitement with the reality. While diversity in background and views are extremely important, we also need diversity in judicial approach.”

The process remains fluid, but as of Monday afternoon, conversations in the White House and Senate Majority Leader Mitch McConnell’s office were increasingly focused on two finalists: Amy Coney Barrett and Lagoa.

Coney Barrett emerged as the clear preference of a growing number of senators, largely because she is the much better-known of the two, having been through a grueling Senate confirmation process already and been embraced by the conservative base. Predictability is considered a crucial factor for the president and vulnerable senators so close to the election. Lagoa remains in the running, however, and those who know her well expect Trump to warm to her if and when they meet in person.

During a campaign rally in Fayetteville, N.C., President Donald Trump on Saturday said his nominee to the Supreme Court to replace the late Justice Ruth Bader Ginsburg will be a woman.

In her short tenure on the 11th Circuit, one controversial ruling in which she was among five Trump appointees in the majority was a 6-4 decision earlier this month that Florida felons had to not only complete their prison time but also pay any fines, fees and restitution.

There were calls from supporters of the original felon voting amendment for Lagoa and a fellow 11th Circuit Judge, Robert Luck, to recuse themselves from the case because they participated in a state Supreme Court case on the issue but neither did.

The decision upheld a state law passed by the Republican-led Legislature that critics say violates the spirit of a constitutional amendment overwhelming approved by Florida voters in 2018 that potentially would enfranchise tens of thousands of former felons without the monetary considerations.

Desmond Meade, who led the effort to pass the measure known as Amendment 4, called the decision “a blow to democracy and to the hundreds of thousands of returning citizens across Florida.”

When she was appointed to the state Supreme Court by Florida Gov. Ron DeSantis, a Republican Trump ally, Lagoa had this to say about the role of the courts:

DeSantis said her credentials were “impeccable” and said Lagoa's background as the daughter of exiles who fled communist Cuba gave her a unique perspective on U.S. law. Lagoa was born in Miami in 1967 after her parents left Cuba.

“My parents, like many others, came to this country from Cuba to start rebuilding their lives in a land that offered them opportunity, but more importantly, freedom," she has said.

Lagoa is is also a member of the Federalist Society, a legal organization popular with conservatives. She is married to Miami lawyer Paul Huck Jr., whose father, Paul Huck Sr., is a senior judge on the Miami-based federal court. They have three daughters.