In Florida, more than 300,000 individual loans were dispensed, totaling more than $31 billion.

South Florida businesses are opening up to the unknown. Will customers return? How will the new safety requirements impact daily sales? Will their business model have to change?

NBC 6 found businesses that applied for and were approved for a loan from the Paycheck Protection Program feel a little more confident than ones that did not receive a loan.

On Monday, businesses in Miami-Dade County outside of the City of Miami, Hialeah, Miami Beach and other cities who haven’t lifted their stay-at-home orders, began to open. Many teeter on the edge of going under. 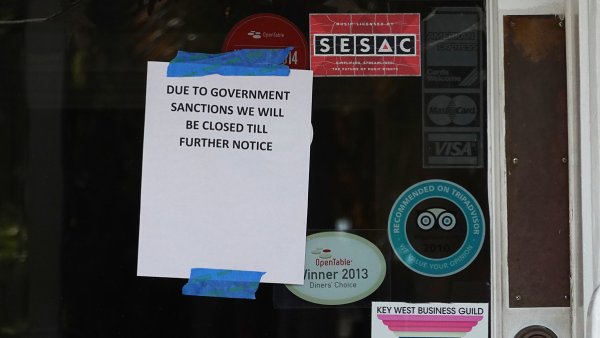 Nearly every business along Miracle Mile in Coral Gables has a sign posted out front saying either a mask is required inside, or they are only allowing curbside pickups.

Alegria’s Brides allows only two people to come in the store with the bride. Before, ten, or sometimes 15, people would come with the bride to watch her try on wedding dresses. After Monday, it is appointment only.

“Overall, we had to change everything,” said Abraham Abadi, the owner of Alegria’s Brides.

Abadi applied and received a loan from the federal government’s Paycheck Protection Program. Because of that, Abadi was able to keep his six employees working through the pandemic, and he was able to pay rent to his company’s landlord.

Two-thirds of his business comes from people living outside the United States buying dresses to take back to Latin America or the Caribbean for their wedding. Without the past tourism numbers, he doesn’t expect to make as much money as before.

“Drop the revenue. Just going to keep going. There will be less prices than before but it’s ok," he said.

The Paycheck Protection Program was meant to just hold businesses over and prevent mass layoffs. Many still do not know what it will look like going forward.

Just because people can come in-person to buy wedding dresses, doesn’t mean they will. If they do, it could be less frequently or in a different way.

Staff in the U.S. Small Business Administration confirmed to NBC 6 that in Florida, more than 300,000 individual loans were dispensed, totaling more than $31 billion.

Many new businesses that recently opened up did not get any of that money, including Arigatai, a new sushi restaurant in North Miami. They opened for in-person dining on Monday as well.

But Adriana Vethencourt, the owner, did not have any employees at the location last year, a key metric the government uses to disperse loans. She applied twice for the PPP. She was denied twice.

Small businesses in south Florida are looking for ways to keep their doors open amid the coronavirus pandemic. Some loan and grant programs have already helped.

“Arigatai means to be grateful and I keep telling that to myself every single day. I know I’m not the only one going through this,” said Vethencourt. “Don’t lose faith. Don’t lose hope. And I know we’re going to go through all this and we know we’re just going to be fine.”

Since then, she’s fallen behind on her payments to supplies. This next month is make or break for the businesses.

“I pay them what I could. I say to just be patient. I know they’re going through the same thing too. But this is the time to work together,” said Vethencourt.

Her husband stepped in to help the chef in the kitchen. Her four-year-old is there for inspiration. The next weeks will be dicey at best, as they hope to expand to five employees with the addition of two waitresses this week.

“After a few tears and being sad and stressed out, I told my husband we have to make it work,” said Vethencourt.