More than 43,700 new COVID cases have been confirmed in Florida in just the past seven days

Florida added more than 8,500 new coronavirus cases to its state tally Sunday, pushing the state's total to more than 141,000 as cases continued to rise rapidly in the state.

The 8,530 new COVID-19 cases brought the state's total to 141,075, according to figures released by the Florida Department of Health. 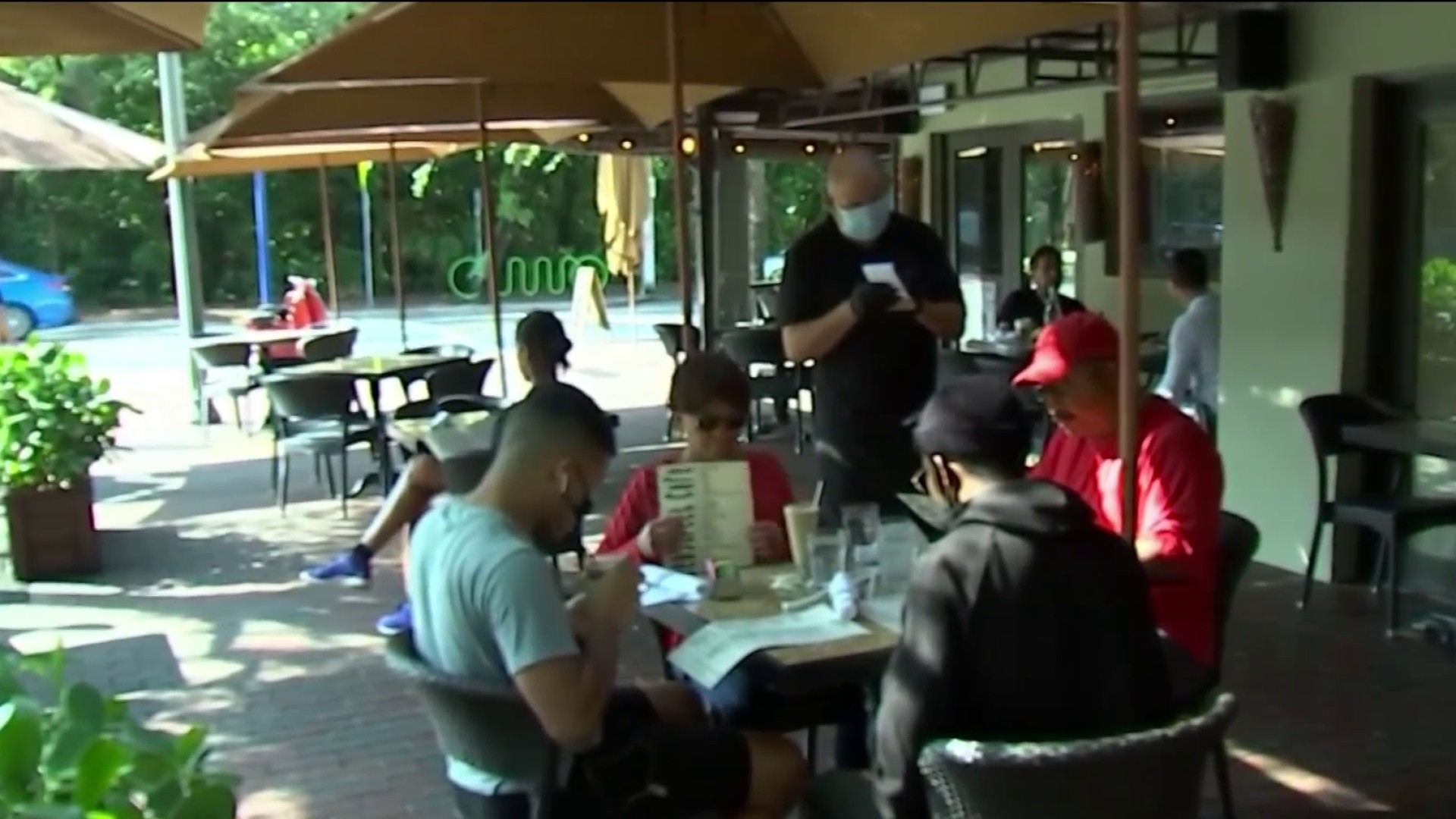 Tougher Measures Could Be Enforced in Restaurants Amid COVID-19 Spike

Sunday's total comes just one day after the state set its daily record for new cases, with 9,585 cases being reported on Saturday.

The state has seen a huge increase in cases in the past seven days, with a total of 43,784 confirmed in that span of time. That's more than 30% of the state's total tally.

Statewide, more than 1,880,200 people have been tested for COVID-19. More than 14,200 hospitalizations for COVID-19 have been reported in Florida to-date.

Another 29 new deaths related to the virus were confirmed Sunday, bringing the state's total to 3,419.

In South Florida, Miami-Dade County's case total rose to 33,714, and the county's virus-related deaths were at 947 Saturday.

In Broward County, there were 14,620 COVID-19 cases reported, along with 382 virus-related deaths.

At a press conference Sunday, Florida Gov. Ron DeSantis said that the increase in cases was being driven largely by people in younger age groups who were testing positive.

He said people within the age group of 25-34 accounted for close to 20% of all the cases.

DeSantis also noted that Florida's positivity rate, the rate of COVID tests that come back positive, has gone up since the state's outbreak first began. "With an increase in positivity, yeah, you're testing more, but that also means you're finding cases at a faster clip," DeSantis said.

He reminded people to follow the "3 C's" to know what areas to avoid: closed spaces, crowded places and close contact settings.

"That's just the reality of how this thing likes to transmit," DeSantis said.

Florida’s Department of Business and Professional Regulation has suspended the consumption of alcoholic beverages at bars across the state as a surge in new coronavirus cases continues.

DeSantis speculated that the hot weather could be a factor in encouraging virus transmission, since people are more likely to want to "beat the heat" and gather indoors instead of outside.

Due to concerns about people following social distancing regulations, beaches in Miami-Dade County will close over Fourth of July weekend and gatherings of 50 or more people will be banned.