Lawmakers in South Florida and throughout the state are continuing to put pressure on President Joe Biden to give support to the Cuban people, repeating their calls Thursday for the administration to help provide internet access to the island after it was cut off by the government amid the protests this week. 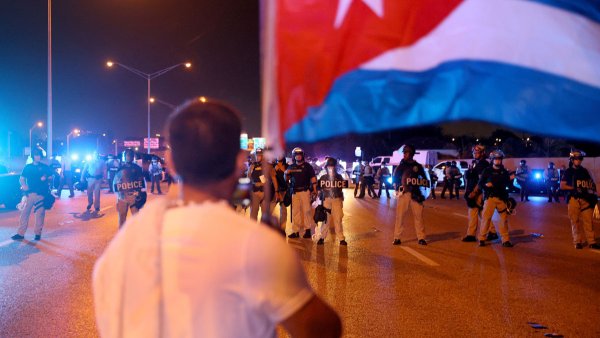 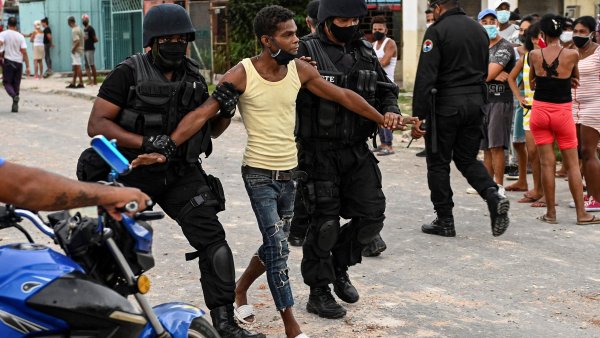 Cuba's Leader Lays Some Blame on His Government for Recent Protests

Cubans facing the country’s worst economic crisis in decades took to the streets over the weekend. In turn, authorities blocked social media sites in an apparent effort to stop the flow of information into, out of and within the beleaguered nation.

On Wednesday, DeSantis sent a letter to Biden asking for authorization and funding to provide the internet access in Cuba.

"The Cuban people have lost their ability to communicate with one another, and many Floridians born in Cuba have no information on the safety of their loved ones," DeSantis wrote. "Equally as important, the world has also lost the ability to see what is happening on the ground as the Cuban people rise in support of freedom."

NBC 6's Marissa Bagg has the details as to why this statement has been receiving backlash and why one local chapter has distanced itself from the national organization.

Salazar, a Republican who represents District 27 in Miami-Dade, also pushed the Biden administration to take action.

"Here in Miami, our community is boiling over with frustration and support. Yet when we look to the White House, we only see tepid statements and a lack of resolve," Salazar said. "President Biden's lukewarm response is unacceptable."

There was no formal organizer of Sunday’s protests in Cuba; people found out about the rallying points over social media, mostly on Twitter and Facebook, the platforms most used by Cubans. The thousands of Cubans who took to the streets — protesters and pro-government activists alike — wielded smartphones to capture images and send them to relatives and friends or post them online.

Sen. Marco Rubio also sent a letter to the Biden administration stressing the importance of providing internet to the Cuban people.

"In my letter to you on July 12 outlining steps to be taken to support the historic protests, I urged you to facilitate open and free internet for the people of Cuba. Without it, the Cuban people, who yearn for basic political and economic freedoms, can more easily be monitored, suppressed, detained, and brutalized by the regime without accountability," Rubio wrote. "Bringing free and open internet will help the Cuban people communicate with one another without censorship and repression and show them that the world stands beside them in their quest for liberty."

Rubio said internet access could be provided to Cuba in the same manner it was provided to Puerto Rico after Hurricane Maria swept through in 2017.

"In recent years, American firms have made significant strides in telecommunications technologies, including fiber-less solutions that can be deployed to remote regions at relatively short notice. For example, in 2017, during the aftermath of Hurricane Maria, the island of Puerto Rico received emergency connectivity through balloon-supplied internet," Rubio wrote. "American technical capacity, coupled with the physical proximity of Cuba to the United States and its interests, make providing unrestricted access to the island an attainable and morally imperative goal."