"Out of it came a lot of good because there was an emphasis on more training, more regulations, policies and procedures and it made the industry much better."

A memorial was held Tuesday to honor the lives lost 25 years ago when ValuJet Flight 592 went down in the Florida Everglades killing all 110 people on board.

Retired police divers and firefighters gathered with other first responders to remember the victims and shed tears over what they witnessed that day.

Joyce Simonton was one of the passengers. Her granddaughter, Kristen Grissom, was at her Georgia home when her father delivered the devastating news. She was seven years old.

ValuJet Flight 592 took off from Miami to Atlanta on May 11, 1996. But about 10 minutes later, it plunged in the Everglades. The aircraft submerged in the muck about 10 miles West of the Miccosukee Casino. 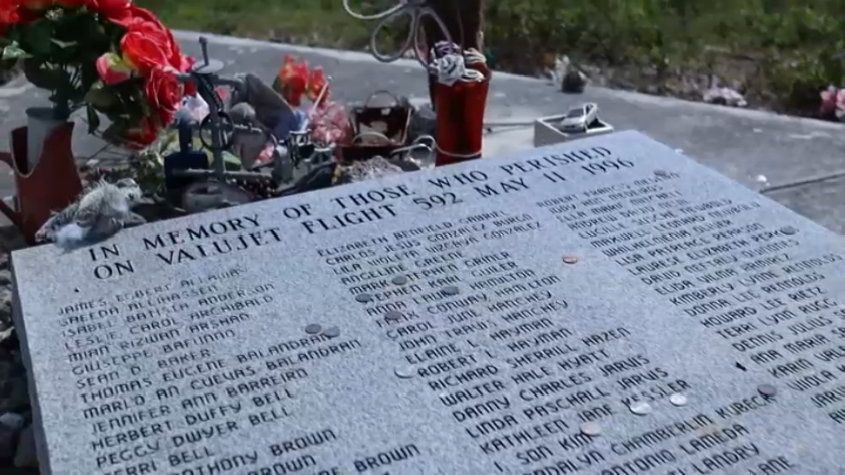 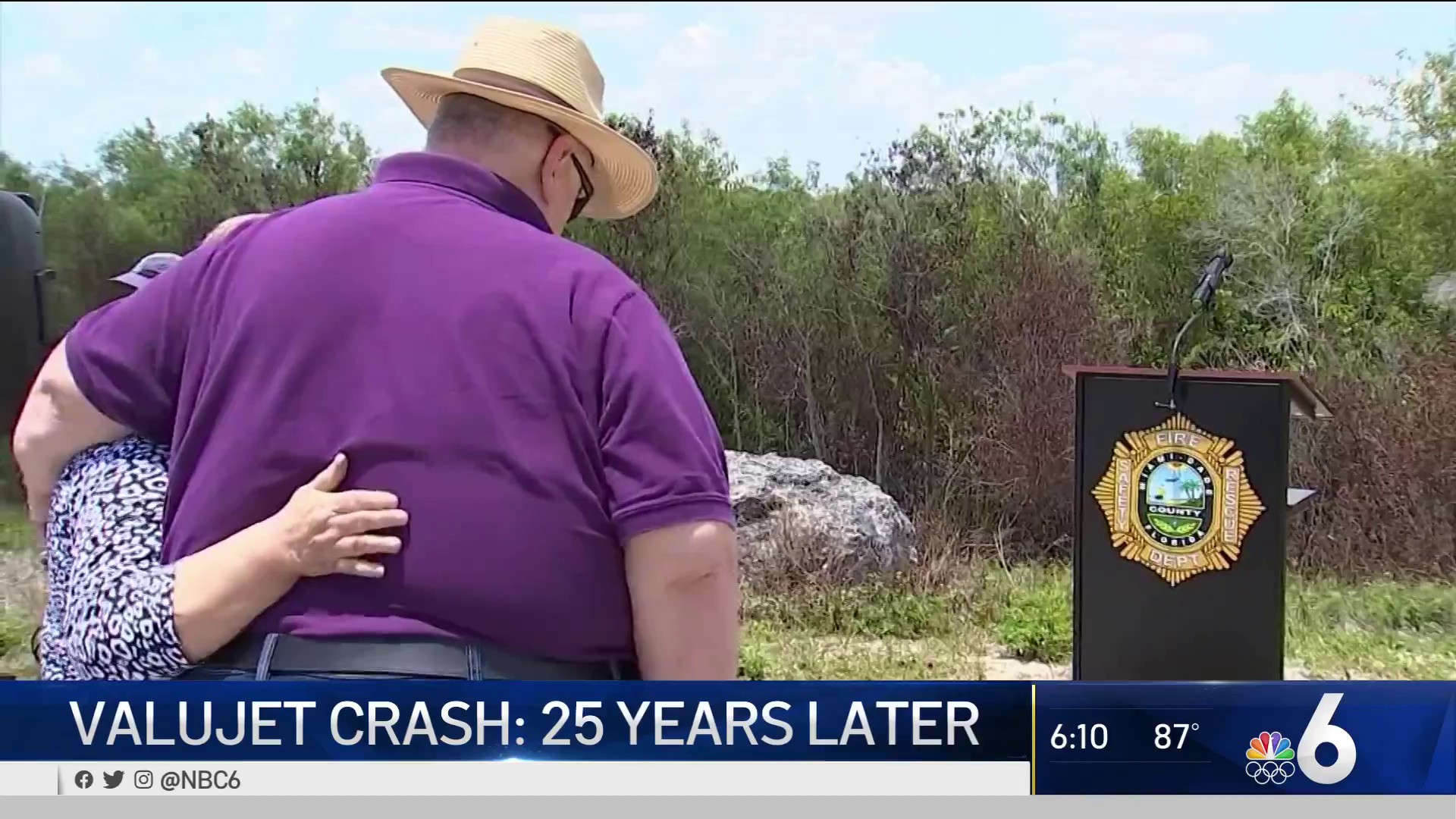 Families Remember Loved Ones Who Died in ValuJet Crash

The National Transportation Safety Board (NTSB) determined the plane crashed after oxygen canisters ignited a fire in the cargo bay.

“It’s such a tragedy what happened because it was so preventable,” Aviv Tzur said.

Back then, Tzur’s aviation firm was located near a hangar at the Miami International Airport where NTSB said the company that improperly loaded the oxygen canisters was located.

“Some of them got fired, heated up and there was a huge explosion. Fire started and there were tires in the cargo hold, which didn’t help the case,” he said.

Tzur, who now is the president of the Greater Miami Aviation Association, told NBC 6 the tragedy brought big changes.

“It reflected a big projector on the maintenance industry, especially third-party maintenance. But I think out of it, came a lot of good because there was an emphasis on more training, more regulations, policies and procedures and it made the industry much better,” he said.

Tuesday marks 25 years since ValuJet Flight 592 crashed in the Everglades, killing all 110 people on board. NBC 6's Willard Shepard reports

Jay Rollins, a retired airline captain who flew the same plane as ValuJet Flight 592 during a portion of his career, echoed the sentiment.

He went on to explain some of the changes that have been implemented to keep the cargo clear of anything that can catch fire.

“Once the equipment, whatever you brought on board the flight is loaded beneath the aircraft, it’s inaccessible to the cockpit crew,” Rollins said.

Rollins said the questions you have to answer about what you have in your bag, including flammables or dangerous batteries, also stem back to ValuJet.

“Sometimes it seems like, ‘Why are they asking me this? Why do I need to do that?’ but it’s almost always based upon some serious incident and often involving death,” Rollins said.

To prevent another tragedy, devices have been installed in the cargo allowing pilots to see if something is overheating or if a fire actually breaks out. There is also a fire suppression system to put it out.

The pain from the tragedy is still evident.

“It’s a trauma that I think we all carry,” said former Miami-Dade Fire Commander Willi Alvarez.

In a photo provided to NBC 6, Alvarez can be seen placing a flower at the crash site, given to him by one of the grieving families.

“Somebody ran up to us finally I guess gathering the nerve and handed me a flower, just one flower, and I was able to bring it down and put it on the airboat before they took off,” Alvarez told us at the ValuJet Memorial in the Everglades.