‘It Almost Killed Me': Survivor Talks About Experience Fighting Coronavirus

Michael Boyette tested positive for COVID-19 in early April, and he says it all went downhill from there.

“It literally almost killed me. I’ve never been that scared in my life and I don’t want to see anyone go through what I went through," Boyette said.

The 30-year-old says the symptoms started with body aches, a dry cough and chills, but then the virus attacked his lungs, depleting his oxygen levels. He spent almost two weeks at Broward Health Medical Center in Fort Lauderdale and was in the ICU for about three days. 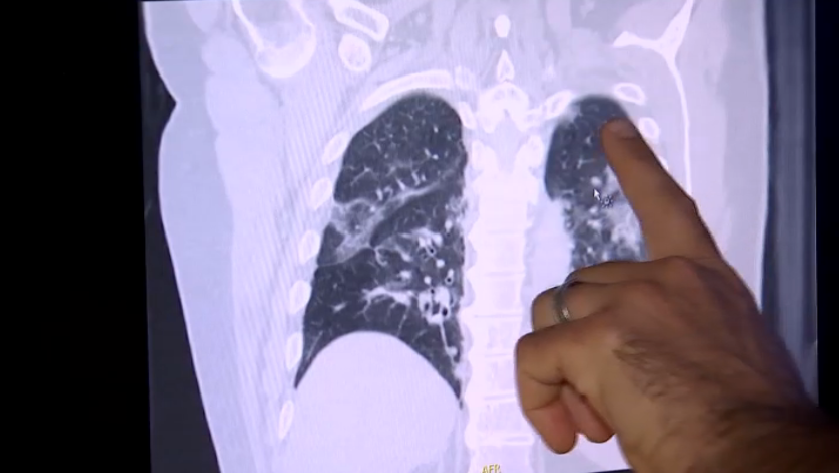 Patients Recovering From COVID-19 Could Have Lasting Health Damage

“I started to have trouble breathing and I immediately went to the ER, and they took a chest X-ray and they found pneumonia in my lungs," Boyette said.

“I just want to let people know that this is the real deal," Boyette said. "I’m a really active softball player with my team the Super Villains of Fort Lauderdale, and I’m a really active person. I work out five times a week. I’m one of those people that is like, oh, what are the odds I’m gonna get it? I would take it seriously because I said the same thing. I said, 'Oh I’m not gonna get it,' and when I had it, I wish I had never gotten it."

After an emotional send off from the hospital, Boyette has fully recovered and he is thankful for the health care workers who were always by his side.

“They’re working 14 to 16 hour shifts to make sure people are OK and I truly admire that and respect that and I’m so grateful for that hospital saving my life," Boyette said.

Boyette says he wants to spread awareness through his experience and let young people know that this virus is not a hoax, as he says he barely survived to tell his story.

"I think people don’t take it seriously because they think, 'Oh, it’s not gonna happen to me,' or they don’t know anyone and I would say, look ... look at my story," he said. "I said I wasn’t going to get it. I got it and I’m a healthy person with no pre-existing conditions and it almost took me out and killed me."