A class-action lawsuit has been filed in the 11th Circuit Court against the Champlain Towers South Condominium Association in Surfside by a resident who owns property in the building, the first suit filed after Thursday's partial collapse that left at least four people dead.

The lawsuit was filed by the Brad Sohn Law Firm, on behalf of plaintiff Manuel Drezner and "others similarly situated" at 11:29 p.m. on Thursday, hours after the partial collapse of the 12-story condo building in the town of Surfside. 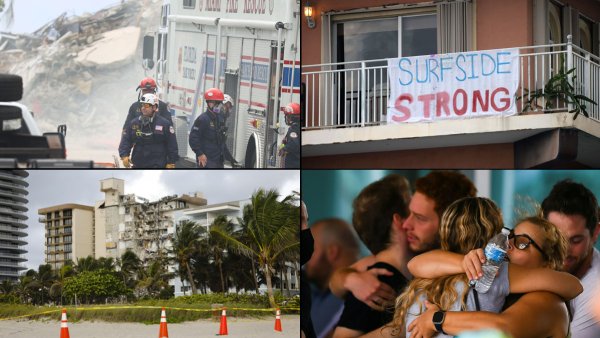 The suit seeks $5 million in damages "due to Defendant's acts and omissions and their failure to properly protect the lives and property of Plaintiff and Class members."

The lawsuit continues saying that the condo association "disregarded the rights of Plaintiff and Class members by intentionally, willfully, recklessly, or negligently doing the following: failing to take adequate and reasonable measures to ensure the safety and protection of its residents and their property, failing to disclose to its residents and visitors that it did not have adequate safety measures in place to safeguard occupants of Champlain Towers South, failing to take available steps to prevent the catastrophic collapse of the building, and failing to monitor the building and activities that led to the collapse of the building, among other things."

The cause of the collapse remains under investigation and officials say it will likely take months before we know the actual cause.

Surfside Mayor Charles Burkett confirmed Thursday that roof work was being done at the building.

Miami-Dade Mayor Daniella Levine Cava said Friday morning that the death toll had risen to four, while 159 people were unaccounted for and 120 people have been accounted for.

Plaintiff Manuel Drezner is the owner and resident of a unit in the Champlain Towers South condo.