‘This is Not Over Yet': Mayor Says Miami-Dade Cracking Down on COVID Rules for Labor Day Weekend

Beaches and parks will remain open in Miami-Dade County throughout the weekend, though there is still a 10 p.m. curfew in place

At a virtual press conference Friday, Miami-Dade County Mayor Carlos Gimenez said that local police and other officials would be cracking down on enforcement of coronavirus public health guidelines throughout the upcoming Labor Day weekend.

"I want to remind everyone that we will have zero tolerance for people who do not follow the new normal rules," Gimenez said, stressing the importance of social distancing, wearing masks in public and not hosting house parties.

"This is not over yet. We have a big test coming for this Labor Day Weekend, and we do not want a repeat of Memorial Day Weekend, when people were not complacent and we received reports of crowds partying," the mayor added.

Beaches and parks will remain open in Miami-Dade County throughout the weekend, though there is still a 10 p.m. curfew in place that only excludes essential workers.

Gimenez warned that Miami-Dade police, as well as Coast Guard officials, would be on high alert during the holiday weekend, and that individuals could face fines up to $100 for not complying with the rules. Businesses found not in accordance with the guidelines could face a $500 fine. 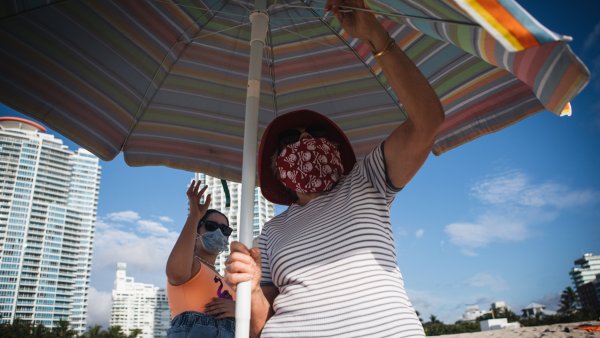 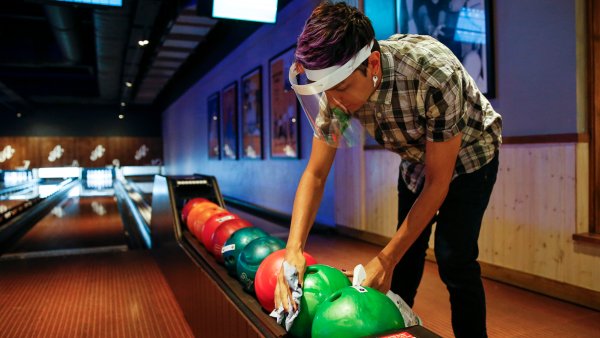 Gatherings of more than ten people are not permitted, and Gimenez stressed the importance of protecting parents and grandparents in multi-generational households: "Do not have house parties."

Large crowds or gatherings can be reported at 305-4-POLICE.

Florida Fish and Wildlife Conservation Commission will also be monitoring waterways over the holiday weekend.

Officials have warned against boating under the influence and remind everyone to have a coast guard life vest on. FWC also has a website where the public can find vessel rentals from companies that have been pre-approved.

The travel planning app TripIt reported that Labor Day bookings for flights and hotels had increased for many Florida destinations, including Orlando, Tampa and Fort Lauderdale.

Florida also reported 103 new deaths from COVID-19 on Friday, raising its total to 11,903. That brings Florida's average daily reported death rate over the past week to about 115 — a slight uptick from earlier this week but down from highs of 185 in the first week of August. The state recorded 3,198 new positive cases on Friday.

Patients being treated in Florida hospitals for COVID-19 numbered 3,348 late Friday morning, continuing a downward trend since highs above 9,500 in late July.

The positivity rate for Miami-Dade County is now at about 7%. Gimenez thanked people who are following the rules for reducing infection rates, but warned that "everyone has to keep doing their part.”

Also on Friday, Gov. Ron DeSantis signed an executive order allowing Palm Beach County to move into the next phase of reopening businesses and loosening restrictions that have been in place since the coronavirus pandemic began. It means bowling alleys and movie theaters can reopen at 50% capacity and gyms and retail stores reopen at full capacity.

That leaves only Broward and Miami-Dade counties — the state's most populous areas — in Phase 1. None of Florida's beaches are closed.