A West Point cadet briefly tried to raise money online to cover travel and lodging costs for an adult film star to be his date for a formal banquet at the storied academy.

The GoFundMe page was offline Wednesday, but the military news website Task & Purpose said the page titled “Help Me Bring Diamond Foxxx To YWW” was launched this past weekend and had listed $370 in donations. Foxxx is a veteran adult movie actress and “YWW” refers to the upcoming Yearling Winter Weekend. West Point sophomores are called yearlings.

The cadet wrote that he had no money and asked: "Please help a young boy's dream come true."

The U.S. Military Academy said Wednesday the cadet had removed the page from the site.

Offbeat and weird news that happen Only in Florida 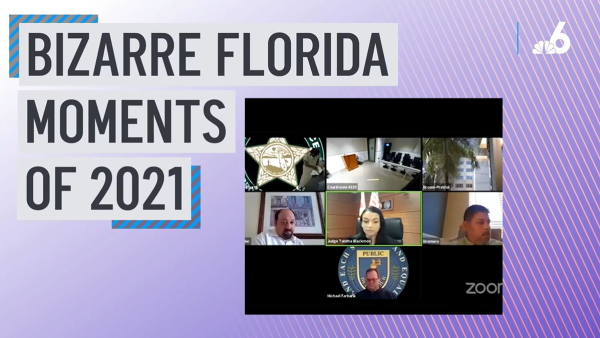 “Federal law prohibits members of the military from using their official positions for personal gain," the academy said in a prepared statement. “This prohibition extends to using or appearing to use ones military status to solicit gifts of money.”

Foxxx, replying to questions from The Associated Press on her Instagram account, said the cadet was “very polite and respectful” and that she was “honored” by the invitation as someone from a military family. She had told him she would attend if he covered the bill for her hotel and a flight from Fort Lauderdale, Florida.

She would not identify the cadet, nor did West Point.

“My only concern is that he doesn't get in trouble,” she wrote.

There was no additional comment from West Point, which has been stressing a culture of dignity and respect as the military tackles the persistent problems of sexual assault and harassment.

It was not clear if the cadet, who used a pseudonym on the GoFundMe page, will face any discipline.

Cadets have attracted critical attention on the web and social media for their behavior several times in recent years.

Last month, some West Point cadets and U.S. Naval Academy midshipmen were scrutinized for flashing what looked like a sideways OK finger gesture during a live television broadcast of the Army-Navy football game. Military investigators concluded the gestures were part of a game and not a “white power” sign, as some people suggested online.