The coronavirus pandemic has become politically fraught for Florida Gov. Ron DeSantis, as evidenced by a polished two-minute video released on social media this week that had the sheen of a political campaign ad aimed at burnishing his image.

In recent weeks, the governor’s leadership has come under question — not just by Democrats but some members of his own party — as Floridians grow frustrated over job losses, the debate over reopening schools and the state's spike in COVID-19 cases.

DeSantis, a political protege of President Donald Trump, has been considered a rising star in national politics. He's been touted as a possible Republican contender for the White House in 2024, but national scrutiny over his handling of Florida's coronavirus outbreak has tarnished that image.

The recent video, which features mayors applauding DeSantis' handling of the pandemic, "is an indication of how much pressure he feels and how uncomfortable he and his people are with where they are with public opinion,” said Mac Stipanovich, a longtime Republican strategist who has since left the party because of his dislike of Trump's performance as president.

A recent Fox News poll showed DeSantis' approval rating sliding to 53%, a six-point drop from April. The percentage of Floridians who viewed him unfavorably, meanwhile, grew from 33% in April to 40% last month. 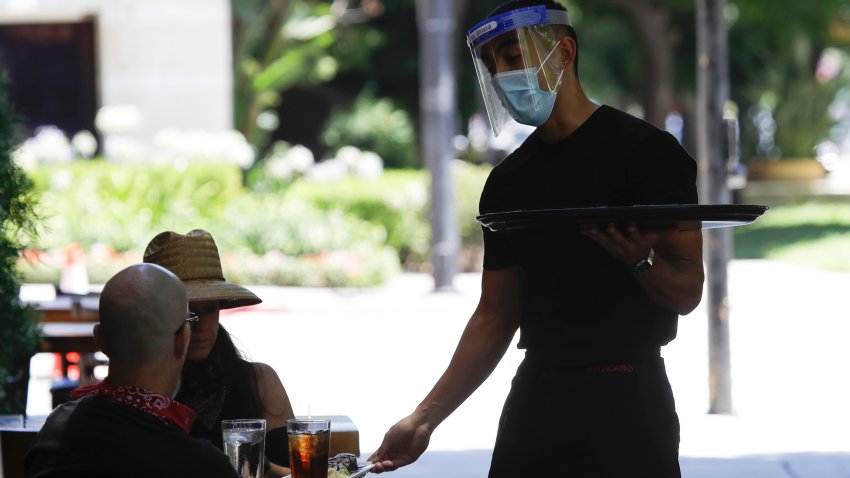 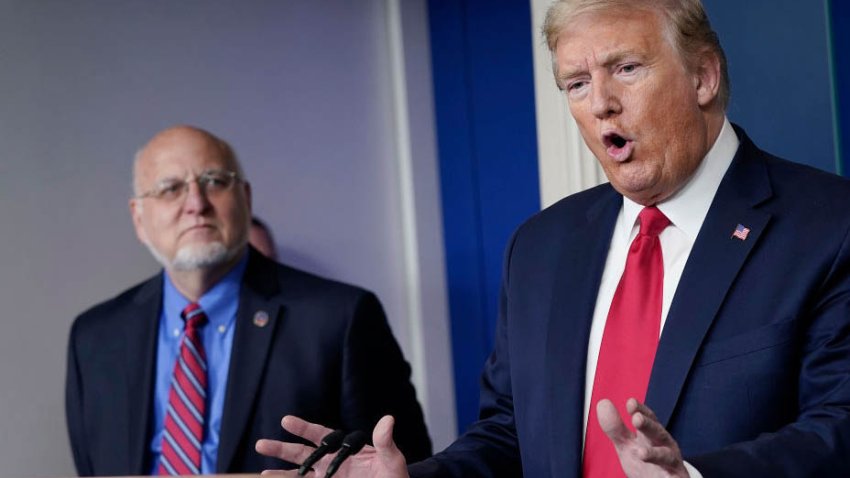 DeSantis' promotional video debuted on the same day that one of his key image makers, Communications Director Helen Ferre, was named executive director of the Florida Republican Party and given a new mandate: to deliver Florida for Trump in November.

Ferre had been the governor's chief spokesperson since he took office in January of last year, and for much of 2019 his popularity remained extremely high.

Things took a turn four months ago, when the pandemic prompted the governor to close schools, bars and nightclubs, and place severe limitations on restaurants and other public establishments. As the shutdowns spiked Florida's unemployment in April, benefits-seekers experienced long delays because of glitches in the state's unemployment website, leading to widespread frustration.

The video, released Thursday on Facebook and Twitter, shows snippets from a roundtable that DeSantis convened this week in Miami with several area mayors.

At the start of the spot, the governor stresses unity. “OK, what do we need to do to turn the tide with the coronavirus?” he asks.

The video ends with the governor declaring, "I'm a hundred percent confident we're going to get through this."

In between, and against a sweeping musical backdrop, flash images of the governor in command and soundbites from both Republican and Democratic mayors lauding his handling of the outbreak. None of the snippets include any of the more critical concerns they expressed during the gathering.

Ferre, still working as the governor's spokesperson, said in a statement that the video highlights the collaboration between the governor and local officials in combating the virus.

“The governor made clear although they may not agree on everything politically, this is a unified effort to protect the health and well-being of the residents of Miami-Dade,” Ferre said.

Susan MacManus, a professor emeritus of political science at the University of South Florida, said the governor struck the right message of unity in turbulent times.

“I think it’s a message that to some will look highly political,” she said, “but to others looks very informative. In a time like this, everything is seen as political.”

When he began reopening the state in May, DeSantis rolled out charts and statistics to make the case that Florida had flattened the curve. But then in late June and July, infections surged and a debate erupted over whether he had moved too quickly to jump-start the economy.

DeSantis has resisted calls to reimpose shutdowns of the economy and to mandate the use of masks statewide — even as other Republican governors, such as in Texas and Alabama, have done so. Instead, DeSantis has left it to mayors and county commissioners to decide whether and how to enforce stricter measures — as major population centers have done.

Democrats have accused the governor of “failed leadership.”

“His hands-off approach is not working,” Democratic state Sen. Audrey Gibson, the minority leader in her chamber, said earlier this week. “He’s losing the war against the pandemic.” 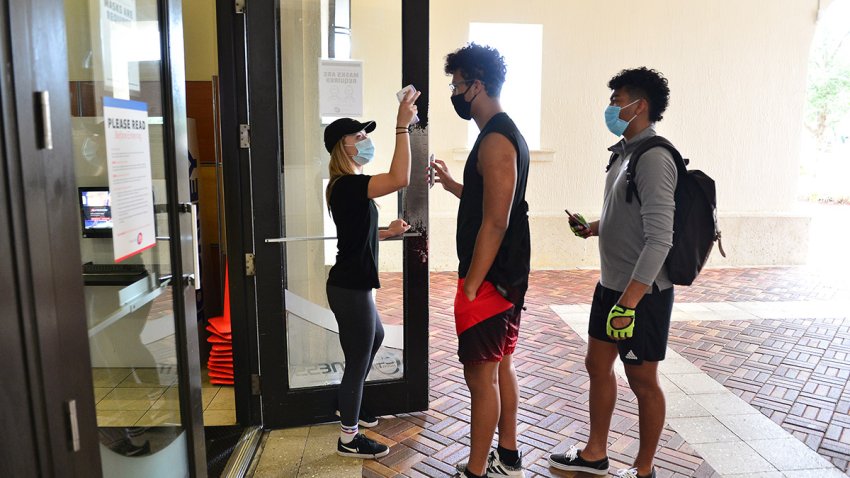 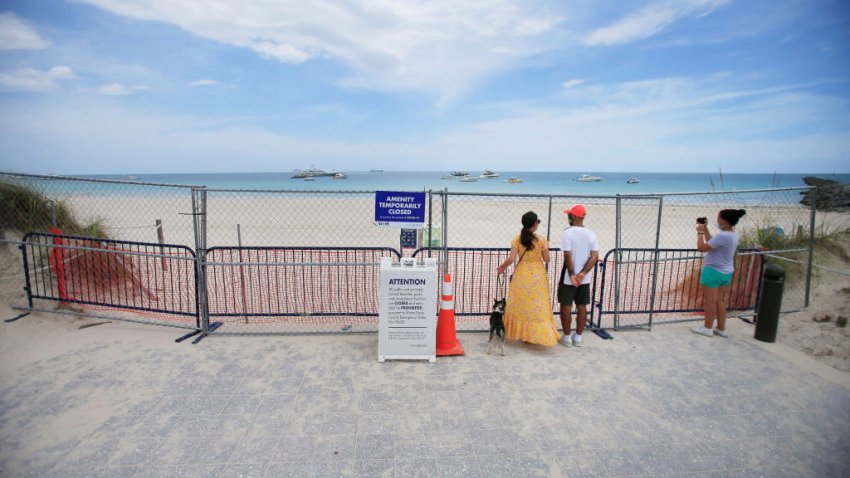 Miami Beach Mayor Dan Gelber, a Democrat, said he was not informed about the video ahead of time but did not object to being featured — if the governor acts on the suggestions and concerns Gelber and other mayors conveyed to him.

“I want him to do his job of leading our residents to better health,” said Gelber, who wants the governor to mandate masks statewide — much like Miami Beach has done since April.

Another Republican, Hialeah Mayor Carlos Hernandez, was turned away when he tried to attend the roundtable. A month before the gathering, the mayor had criticized the governor.

“He hasn’t done much for the city of Hialeah, to be honest with you,” Hernandez told a Miami area television station, Local 10 News.

There were other signs of fissures within the governor's own party, particularly over reopening schools for face-to-face instruction.

Michael Olenick, a member of the state school board, has called on the state Education Department to rescind an order requiring campuses to reopen next month.

“We helped ‘slow the spread’ when the state was proactive in mitigating COVID-19," he wrote, “but unfortunately have since taken tremendous steps back.”