Passengers from an ill-fated cruise were carefully freed from their cabins and allowed to touch dry land on Friday for the first time in weeks, following the removal of 14 critically ill people who were wheeled off to Florida hospitals bracing for an onslaught of coronavirus patients.

The exodus from the Zaandaam and its sister ship the Rotterdam could extend into Saturday, officials said. Floridians disembarked first, followed by other passengers. Buses were taking passengers who were showing no symptoms after being screened and cleared by third-party paramedics directly to the airport, escorted by deputies on motorcycles.

"Everyone has watched these ships for weeks on end now floating out at sea, stranded. Several countries denied them access and we were hesitant here at one point in our own country to figure out what can we do," Broward Sheriff Gregory Tony said at a news conference Friday morning. "This is America. We've never left anybody alone, we've never turned our backs on our own members in the armed services, and first responders or any aspect in our community and we didn't want to start that here in Broward County." 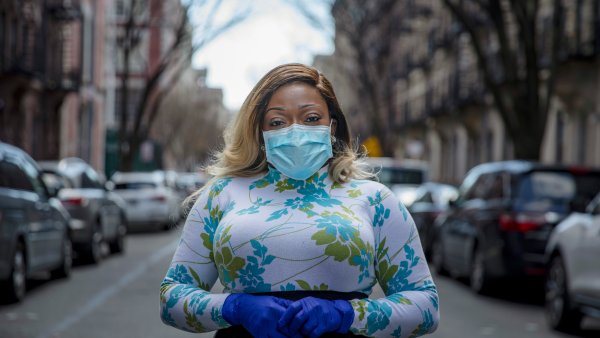 ‘In My Blood, There May Be Answers': Virus Survivors Donate Plasma With Antibodies 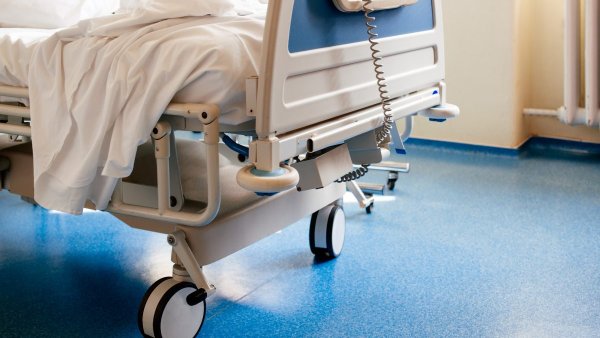 Tony dispatched more than 70 deputies to disembark and transport the passengers.

“It’s a lot of manpower. But it’s worth it. We don’t want to have people dying on ships,” Tony said. It “wasn't some pirate ship...these are our brothers and sisters on this planet."

As for those needing medical care, Broward Health officials said in a statement some of the 10 patients taken to its hospital were in fair condition, without specifying the number. Three others were taken to another local hospital.

Before disembarking, passengers received instructions to wear face masks at all times when traveling and go immediately into 14 days of self quarantine when they arrived home.

At least four buses brought the first small groups to Fort Lauderdale-Hollywood International Airport on Friday morning, where they boarded two planes waiting on the tarmac. Paramedics and airline workers were fully suited up and masked in protective gear. The first plane left for Toronto, Canada, port officials said.

Meanwhile, the Coral Princess, which had been expected to arrive at the Port Everglades terminal on Saturday with more than 1,000 passengers who have been isolating in their cabins, including 12 confirmed cases of COVID-19 on board, was denied permission to dock by the Coast Guard.

Princess Cruises, a line owned by the larger corporation, had already announced a “higher-than-normal” number of people with flu-like symptoms aboard the Coral Princess.

“This is a humanitarian situation, and the County Commission’s top priority is protecting our 1.9 million residents while providing a contained disembarkation option for people on board who need to get safely home,” Broward County Mayor Dale Holness said in a statement late Thursday.

It was unclear when the bodies of four passengers who died on the Zaandam would be removed from the ship, which set sail on March 7, the day before the State Department warned people against cruising during the pandemic, and was thereafter barred from South American ports.

The U.S. Coast Guard has directed that hundreds of crew members should remain on the dozens of cruise ships that are either docked or waiting just off Florida's shores, and that cruise lines should be prepared to treat all but the most serious cases on board to avoid adding more stress to Florida's health care system.

Already, crew members are getting sicker. One has died on the Celebrity Infinity and two others were medically evacuated from the Oasis of the Seas, according to an email Friday from their company, the Miami-based Royal Caribbean cruise line. The Infinity is waiting off Florida’s west coast, and the Oasis of the Seas is positioned off Broward County’s shores.

Holland America initially said 45 people who were mildly ill would stay on board the Zaandam until they recovered, but the docking plan released later Thursday indicated that 26 passengers and 50 crew members were ill. Two of the four dead had COVID-19, said William Burke, chief maritime officer for Carnival Corp., which owns the ships. Nine people had tested positive for the new coronavirus, Burke said earlier this week.

“It was very disheartening to have to have so many different officials close their port to us," Florida resident and Zaandam passenger Laura Huergo said.

“It was well done, it was very well organized. They keep us all a good distance away from each other, everybody was wearing masks," Huergo said. "We had to go through a health check and they basically routed us through the port and whisk us right into a car. It was very well expedited."

About 250 people reported influenza-like symptoms since March 22, including 17 aboard the Rotterdam, according to the docking plan.

Originally firmly opposed to the ships’ arrival, Florida Gov. Ron DeSantis said Wednesday that he had a change of heart after realizing many passengers were U.S. citizens and about 50 of them Floridians.

What is it like to deal with a public health emergency? NBC 6's Jamie Guirola talked to an ER doctor to find out.

He went further on Thursday, telling Fox News that allowing passengers to disembark and transferring critically ill patients to hospitals was “the humanitarian thing to do.”

Emily Spindler Brazell, of Tappahannock, Virginia, was still in her cabin waiting for instructions from the Rotterdam’s captain but said she was relieved to be back home.

“People greeted us, came out to their balconies, blew air horns and shouted, ‘Welcome home!’” she said. “It was surprising. We went to many countries that said, ‘We are not going to talk to you.’”