The Federal Aviation Administration has major concerns about a troubling trend as thousands of people move through Florida airports this holiday season.

Pilots are reporting an increase in people pointing laser pointers at commercial plans taking off and landing.

Across the nation, pilots say it has happened nearly a thousand times more than last year. The airport with the most reports in the state of Florida is Miami International Airport.

MIA has more than double the number of the next closest. 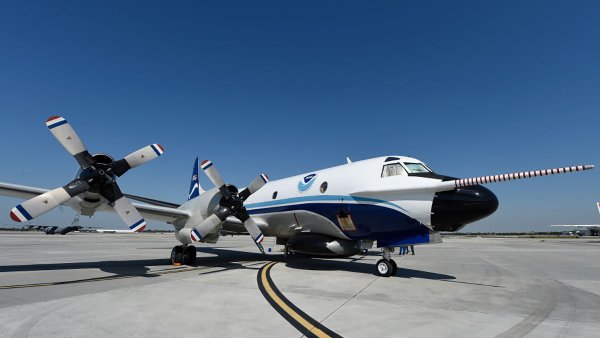 This trend worries pilots as they enter a high season for this type of behavior.

According to the FAA, as of October 31, 439 pilots reported a laser pointer strike in Florida -- 124 of them were in the area around MIA.

Last year, in the same sector, there were 93 reports. Tampa had the second most this year in Florida with 59 reports as of October 31.

Florida ranks third for the most strikes after California and Texas. Nationwide pilots reported 7,757 laser pointer strikes up from 6,852 in 2020.

In an interview, regional administrator Michael O’Harra tells NBC 6 it puts pilots and passengers in danger.

“Pilots are often forced to duck down to avoid having the lasers contact their eyes directly,” O’Harra said. “The impact can be anything from a distraction to incapacitation if the laser has a direct impact on the pilot’s eyesight.”

Looking at the data, O’Harra said each airport location has different trends but pilots appear to report more laser-pointer strikes in the months of October through December when holiday travel is at a high and sundown is earlier with daylight savings time.

The danger for pilots increases at night and when they’re closer to the ground.

“Some who may have no idea that it presents a hazard to pilots in the cockpit and others who may be deliberately targeting an aircraft,” O’Harra said.

Rolando Yague goes to trial in March. Earlier this Spring, the Miami-Dade Police aviation unit claimed he waved a green laser pointer into the cockpit of an overhead plane. Through an undercover investigation in the neighborhood airline officials pointed out, an officer claimed he saw Yague flash the laser and then throw it into his driveway as the officer approached.

He pleaded not guilty. His attorney told NBC 6 “we will vigorously defend our client.”

“You’re looking for runway lights and the next thing you know you get hit with a green laser that takes out part of your vision. It’s very dangerous. I can’t think of anything worse,” retired airline captain Jay Rollins said when Yegue was arrested.

A spokesperson for MIA told NBC 6 there is little they can do because this all happens in the neighborhoods outside airport property. NBC 6 requested an interview with City of Miami police and Miami-Dade police and have not yet heard back.

“I don’t see any difference between what a person is doing with a laser pointing at an airplane cockpit any different from firing a rocket. It has the same outcome,” Rollins said.