Getting medical supplies to those on the front lines continues to be a challenge for the governor and state emergency management officials.

Florida Gov. Ron DeSantis and the Director of the state's Division of Emergency Management are becoming more openly critical of 3M, a Minnesota-based company producing N95 masks, an all-important supply for doctors and nurses caring for COVID-19 patients.

"I can tell you it's shady as hell. That's for sure," DeSantis said at a Wednesday coronavirus briefing, expressing frustration that millions of masks they ordered are hard to track, don't arrive when they expected, and not in the numbers they counted on.

"Wouldn't it be nice to order two and a half million masks and they say they're going to be there on Friday and they show up on Friday?" the governor sarcastically asked. 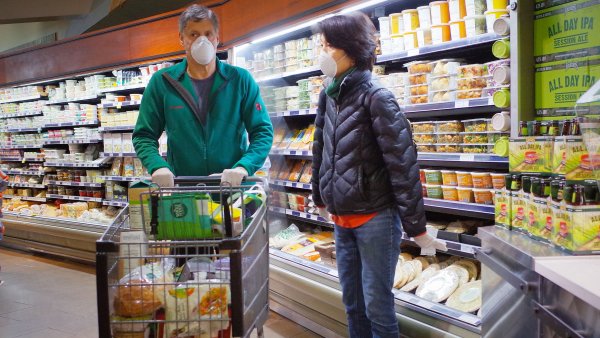 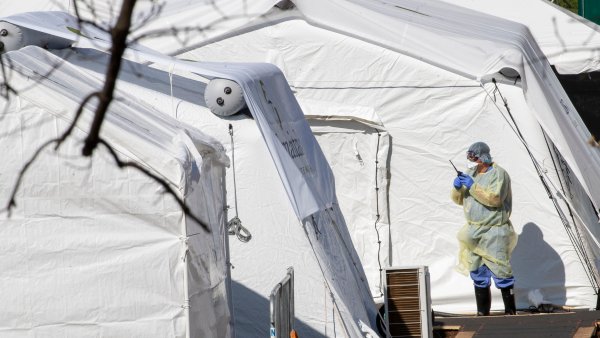 N95 masks are personal protective equipment for nurses, doctors, first responders and other medical professionals to stay safe while dealing with highly infectious patients. In March, state officials noted they did not have similar problems purchasing gowns, gloves, and coveralls - masks seem to be the problem specifically.

NBC 6 asked medical professionals what they're facing in this pandemic. Through Survey Monkey, a large majority of nurses and doctors responded saying a shortage of personal protective equipment, including products 3M makes, is a serious problem.

Jared Moskowitz, Director of the Florida Division of Emergency Management, announced he would "troll" the company online and through direct channels.

"@3M Hello again. Director of @FLSERT here. I have money, you have masks, yet you won't sell them to me. Stop selling to foreign governments," he wrote on Thursday.

"Hi 3M. I'm your new Troll. I'm the Director of Emergency Management for the State of Florida," Moskowitz wrote on Twitter earlier in the week. "Please send us N95 masks directly to our hospitals, first responders and the state. How many brokers and distributors do we have to negotiate with only to find empty warehouses?"

The company did not respond to a request for comment from NBC 6 for this story.

The state government's beef with the company stems from the company selling first to up to six distributors who critics see as additional middlemen that take a cut and force up the price. One mask used to cost around $1.25; now the price can be five times that in the midst of a public health crisis.

"The private market continues to have the madness and the disappointment really," Moskowitz told Florida Rep. Shevrin Jones in a Facebook Live discussion. "I think a lot of these large corporations that are going to ask for bailouts at some point in time are really letting the American people down."

The state buyers and private sellers fight for product in an increasingly unstable and ethically dubious market, forcing state governments to fend for themselves and bid up the price while thousands of their citizens get sick and hundreds die. It's a sellers market. States need to buy the masks to save lives of medical professionals. Producers and distributors can wait to sell until they can get the best - and highest - price.

State officials say they try and buy the masks from vendors who have reached out, even going so far as signing purchase orders, and then the deal falls through and the masks are not delivered.  Moskowitz has attempted to convince 3M to sell straight to the hospitals and cut out the vendors. So far the company has not done that.

The United States Attorney General has vowed to crack down on price gougers but few things have changed in the market on the ground.

The Trump Administration has used the powers of the Defense Production Act to compel General Motors to sell products at a certain price. New York Gov. Andrew Cuomo has asked the President to do the same with masks. So far, that has not happened.

Other states have had similar problems with 3M, including Texas, where at least one broker describes hoarding 3M masks in warehouses.

In New Jersey, a seller lists the price of a 3M mask at more than $20.

Wednesday the Minnesota company wrote on their website, "roughly 80% (or mask supply) is flowing rapidly through our healthcare distributors - primarily consisting of six large and well-known companies with incredible logistical capabilities - which is the quickest and most effective method of getting those supplies into the hands of workers."  The post online says they are prioritizing critical areas like New York City and Seattle.

Fashion lines, car manufacturers and airlines, among other industries, are summoning their resources to help with the medical response to the coronavirus pandemic. They're manufacturing masks and ventilators — with some even delivering food to first responders.

The company earlier announced it would double production of N95 masks and plan to double again in the weeks ahead.

The post went on to state they would work to stop price gouging and publicly list their N95 prices.

"We've also made it clear to our channel partners that 3M will not tolerate any such activity, and that we will aggressively pursue third parties that seek to take advantage of this crisis," staff for the company wrote online.

They have pledged not to raise their prices in this pandemic. The middlemen they sell to seem to have different plans.