"Since Kansas City couldn't get in the goal line, I think I had to."

As the fourth quarter of Super Bowl LV was winding down, Yuri Andrade was revving up for a law-breaking stunt.

The scantily-clad streaker sprinted onto the field, in a classic Florida man moment.

“It was kind of spur of the moment, a little bit of liquid courage and adrenaline rush," Andrade told NBC 6. "It felt kind of like I was skydiving, so I rushed the field. The first thing I wanted to do was kiss Pat Mahomes on the cheek.”

Andrade, who was raised in Boca Raton, made headlines for the stunt with his revealing fashion choice of a bright pink one-piece bathing suit. The 31-year-old says his motivation was to increase traffic to his friend's X-rated prank website.

His antics were widely received as he also got the attention of Dwayne "The Rock" Johson, who posted on his Instagram page that the streaker was wearing his sneaker brand. 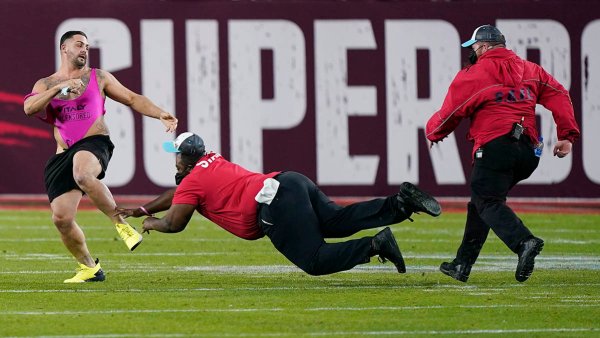 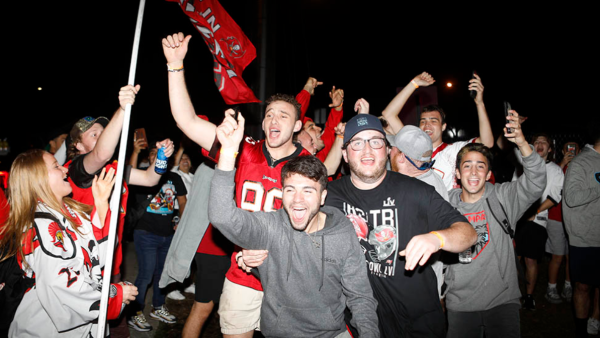 Andrade had some swift juke moves, but the Chiefs fan was eventually tackled near the goal line.

"Before you know it, I saw a couple of security guards coming," Andrade said. "I got around him and one guy grabbed me, and I did a spin move on him and just kept sprinting for the goal line. Since Kansas City couldn't get in the goal line, I think I had to."

While Andrade says he had a good time, he did receive a penalty as he was arrested.

"It was freezing cold. I threw my sweater on the floor obviously to run so all I had was this g-string bikini, and the cops thought it would be a funny joke to keep me in handcuffs so that I couldn't adjust myself for about the first eight hours before I got transferred to the police station, where they were actually very kind and they were all laughing."

After spending the night in jail, the impractical joker paid $500 to bond out and was charged with a misdemeanor for trespassing.