The victim of a violent home invasion in Miami Beach is speaking out as police continue their search for the two suspects responsible.

Walter Lagos said he was sitting on his couch in his unit at the Gotham Plaza Apartments on Euclid Avenue the night of August 4 when the two suspects burst in and attacked him.

"I was watching TV and I don't know how this happened but one guy come and he just punched my face and I lost my mind," Lagos told NBC 6 Tuesday. 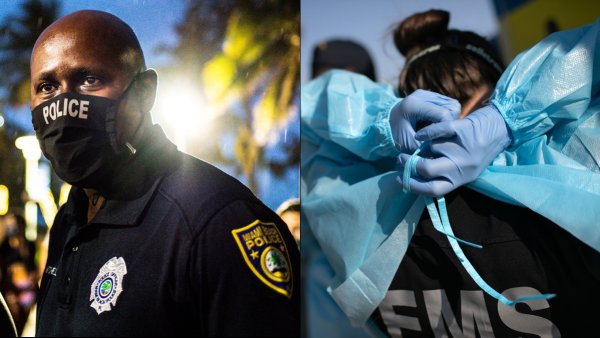 The suspects fled the home, and Lagos had to be hospitalized.