These Are The Parkland School Shooting Sentencing Judge, Lawyers

A team of defense attorneys will be trying to convince them the shooter should be given a life sentence, while another team of prosecutors will be pushing for the death penalty

A jury of 12 people will sit in judgment of the man who killed 17 and wounded 17 others at Marjory Stoneman Douglas High School in February 2018.

Nikolas Cruz has already pleaded guilty as charged, so the only question for them will be whether he should get life in prison or be sentenced to death. 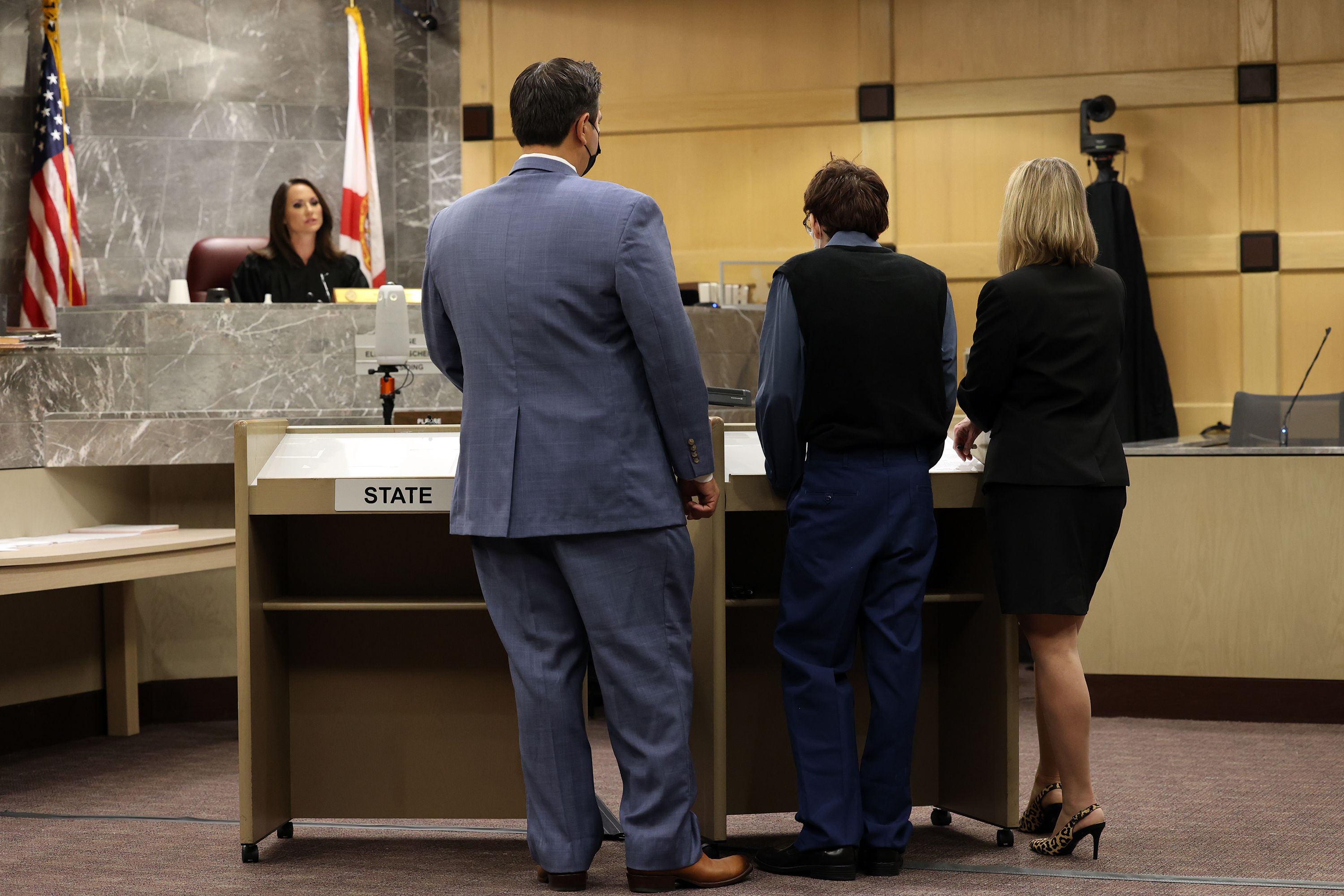 A team of defense attorneys will be trying to convince them the shooter should be given a life sentence, while another team of prosecutors will be pushing for the death penalty.

And presiding over the sentencing trial will be a circuit judge who's never overseen a death penalty trial.

These are the main figures in the Parkland school sentencing trial, set to begin on July 18:

Appointed to the Broward circuit court in 2012 by then-Gov. Rick Scott, Scherer was a prosecutor hired by one of the lawyers now trying the case in front of her, former state attorney Mike Satz.

She is a graduate of Florida State University and got her law degree at the University of Miami.

She comes from a family of lawyers (her father most prominently assisted George W. Bush’s campaign in the 2000 election litigation). She is also an equestrian.

First elected Broward state attorney in 1976, he decided last year not to run for re-election after 44 years in office – the longest-serving top prosecutor in the state.

He has stayed on as an assistant state attorney to see the Parkland case through to sentencing.

Unlike many other state attorneys in large circuits, Satz has personally tried cases throughout his career, especially those involving the deaths of police officers.

Now in his 40th year of practice, Marcus was Satz’s felony division chief and later chief assistant state attorney, from 2013 until Satz was succeeded by Harold Pryor in 2021.

He has tried other murder cases by Satz’s side. Marcus graduated from the University of Florida law school.

With over 30 years’ experience in Satz’ office, McCann has held many positions, but in recent years has focused on protecting convictions from reversal on appeal.

In complex death penalty cases, sniffing out and helping the judge avoid what the courts call “reversible errors” is an invaluable skill – especially in a case like this, which would compound the suffering of victims if a death sentence were reversed on appeal.

McCann is a graduate of Stetson University College of Law.

She grew up in Broward County – one potential juror remembered her from high school – and went on to the University of Florida before getting her law degree from Catholic University of America.

After passing the bar in 2006, she was a prosecutor in Alachua County before landing a job with the Broward state attorney’s office.

She has been focusing on scientific evidence and will likely play a large part in a weeklong hearing (without the jury present) now set for the week of Aug. 15, when the state will argue brain wave readings that purportedly show mental deficiencies caused by fetal alcohol exposure are, essentially, junk science.

Leading the defense is the Broward public defender’s chief assistant, who has been on the case since day one.

McNeill has over the ensuing years shown flashes of anger (apologizing at one point to the judge) but also presenting a tenacious and zealous defense of a client whose life she is sworn to help save.

She and her boss, public defender Gordon Weekes, repeatedly offered to plead guilty as charged in exchange for the state agreeing to a life sentence. Failing that, they advised the killer to plead guilty to the judge and move on to just this sentencing phase of the trial.
McNeill – and yes, her first named is spelled Melisa - has been a lawyer for 20 years, after graduating Nova Southeastern University’s law school.

Arguing some of the finer legal points in pretrial hearings has been assistant public defender Tamara Curtis, who, like her counterpart McCann, appears to have one eye (maybe two) on issues that could arise on appeal.

She also has taken a role in handling scientific evidence. She has been a lawyer since 2004 and is a graduate of the Ohio State University law school.

The latest addition to the defense team came from South Carolina, where Secor got his first taste of capital defense as an intern in a public defender’s office in 2001.

He has been a practicing lawyer since 2007, and by 2011 was exclusively doing death penalty cases.

In 2016 he founded a law firm that specializes in defending indigent defendants, with an emphasis on the questioning of potential jurors – in this case to find just one who will not vote for death in the most heinous Florida mass murder ever to go to trial.