The boxes, which are part of a federal program to help families in need, included a letter from President Donald Trump

At the Guatemalan-Maya Center in Lake Worth, volunteers distributed food boxes to hundreds of families of migrant workers.

“I had mothers with four kids and absolutely nowhere to go,” said Father Frank O’Loughlin, the center’s director.

Gene Roca, a volunteer, told NBC 6 they distributed 500 boxes as a lifeline for these essential workers during the pandemic.

But he says some volunteers and families were surprised about what was inside the boxes.

“We discovered a flyer in the boxes from the President of the United States in English and Spanish,” Roca said.

The letter, signed by President Trump, reads “As part of our response to the coronavirus, I prioritized sending nutritious food from our farmers to families in need throughout America.”

The letter also included recommendations to prevent the spread of the coronavirus.

Volunteers told NBC 6 the migrant families who received the letter now worry the government knows they are getting help, and think it will be used against them in the future.

“Once they started opening the boxes, that phone rang, ‘What am I going to do? What have you done to me? You have exposed me to these malevolent people,’” Father O’Loughlin said. “So with the food came all this intimidation.”

A video on the White House Facebook page promotes the program run by the United States Department of Agriculture (USDA).

At the Republican National Convention, Ivanka Trump said it has already delivered more than 100 million boxes, highlighting it as one of her father’s accomplishments.

“What bothered me was the political use of a genuine effort to help our community,” Roca said. “You do it because you feel you want to do it, it’s a genuine effort, and when you see a flyer like that and you see it’s being politicized, it leaves a bad taste in your mouth.”

In a letter sent to the USDA, 21 members of congress echoed that concern, writing “...Using a federal relief program to distribute a self-promoting letter from the President to American families just 3 months before the presidential election is inappropriate and a violation of federal law. We strongly urge you to end the practice immediately.” 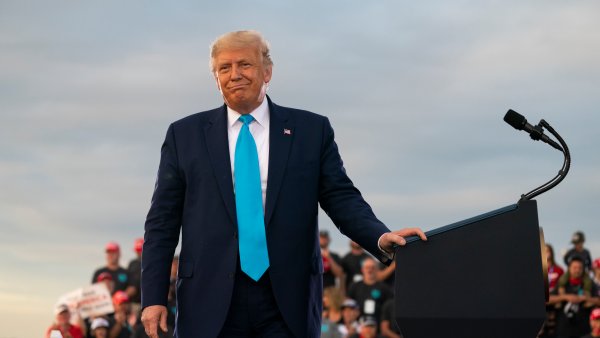 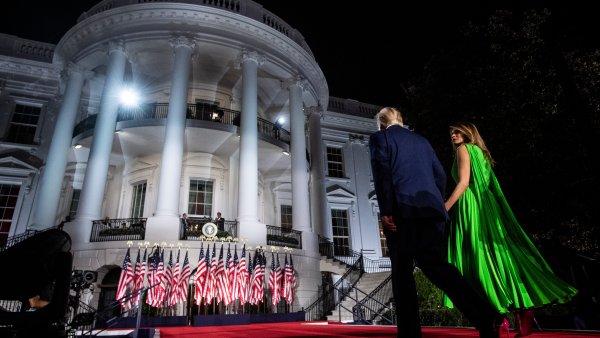 Richard Painter, the White House ethics attorney under the George W. Bush Administration, said the issue needs to be investigated.

The Hatch Act prohibits a government official from using his official position to influence an election.

“We have a breakdown of barriers that have traditionally been respected by previous administrations,” Painter said.

As for the food boxes distributed in Lake Worth, both volunteers and many who received them told us they feel used.

“We were devastated. We spent so much time and energy trying to protect people from intimidation,” Father O’Loughlin said, adding “We had been tricked to be part of that messaging.”

We reached out to the USDA and the White House for comment but have not yet heard back.

On Twitter, the administration confirmed they are placing the letters in food boxes and staff for an organization distributing food told us it’s a new USDA requirement.