He was arrested last June 17 by the LAPD's Robbery-Homicide Division and released about three hours later on a $3.3 million bond.

Actor Danny Masterson pleaded not guilty Wednesday to charges that he raped three women at his Hollywood Hills home between 2001 and 2003.

Defense attorney Thomas Mesereau entered the plea on behalf of the 44-year-old actor, who is best known for appearing on "That '70s Show'' and "The Ranch.''

He is also charged with raping a 28-year-old woman in April 2003 and a 23-year-old woman he had invited to his home some time between October and December 2003, according to Deputy District Attorney Reinhold Mueller.

The District Attorney's Office declined to file sexual assault charges against him in two other alleged incidents, citing insufficient evidence on one and the statute of limitations on the other.

Masterson was arrested last June 17 by the Los Angeles Police Department's Robbery-Homicide Division and released about three hours later on a $3.3 million bond.

Shortly after the charges were announced, Mesereau released a statement saying his client "is innocent, and we're confident that he will be exonerated when all the evidence finally comes to light and witnesses have the opportunity to testify.''

"Obviously, Mr. Masterson and his wife are in complete shock considering that these nearly 20-year-old allegations are suddenly resulting in charges being filed, but they and their family are comforted knowing that ultimately the truth will come out,'' Mesereau said then. "The people who know Mr. Masterson know his character and know the allegations to be false.'' 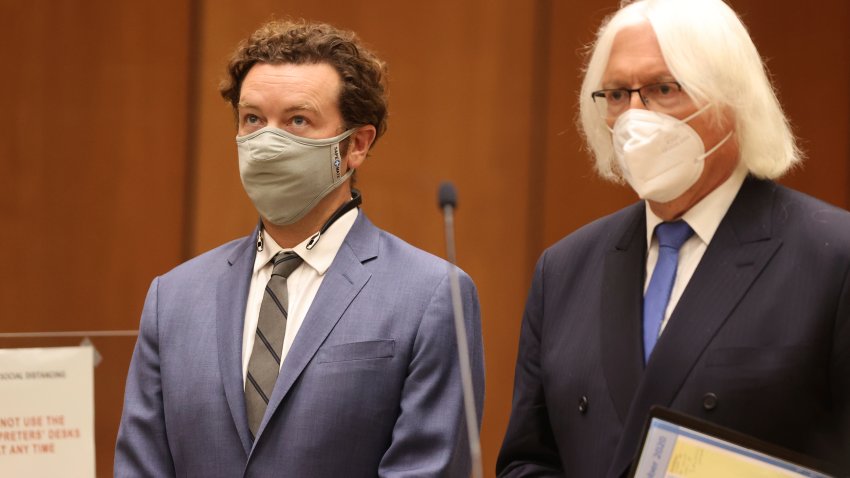 Judge Issues Mixed Ruling For Both Sides in Suit Against Church of Scientology, Danny Masterson

In December 2017, Netflix announced that Masterson had been fired from the Emmy-winning scripted comedy "The Ranch'' amid sexual assault allegations.

The actor said then that he was "very disappointed'' and "it seems
as if you are presumed guilty the moment you are accused.'' He also "denied
the outrageous allegations'' and said he looked forward to "clearing my name
once and for all.''

A civil suit was filed in August 2019 against Masterson and the Church of Scientology by four women who allege they were stalked and harassed after filing sexual assault allegations against the actor with Los Angeles police. That case has been sent to arbitration.