Small But Steady Amounts of COVID Vaccines Are Going to Waste — But Just How Much?

As millions continue to wait their turn for the COVID-19 vaccine, small but steady amounts of the precious doses have gone to waste across the country.

It's a heartbreaking reality that experts acknowledged was always likely to occur. Thousands of shots have been wasted in Tennessee, Florida, Ohio and many other states. The reasons vary from shoddy record-keeping to accidentally trashing hundreds of shots. However, pinning down just how many of the life-saving vials have been tossed remains largely unknown despite assurance from many local officials the number remains low.

To be sure, waste is common in global inoculation campaigns, with millions of doses of flu shots trashed each year. By one World Health Organization estimate, as many as half of vaccines in previous campaigns worldwide have been thrown away because they were mishandled, unclaimed or expired.

A Doctor Tested Her Own Breast Milk to Prove COVID-19 Vaccine Benefits for Pregnant, Lactating Women 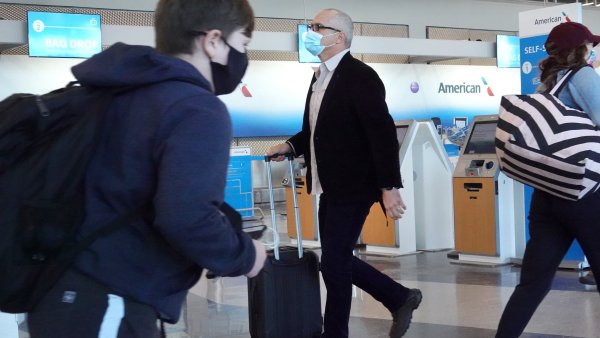 By comparison, waste of the COVID-19 vaccine appears to be quite small, though the U.S. government has yet to release numbers shedding insight on its extent. Officials have promised that may change soon as more data is collected from the states.

In the interim, state health agencies are much more inclined to tout how fast they've administered the shots while keeping mum on the number of doses that end up in the trash.

Ohio’s Department of Health resisted the use of the term “wasted” when asked by The Associated Press for a total number of tossed doses. Instead a spokesperson for the agency said that the state tracks “unusable” vaccines reported by state providers.

According to a log sheet provided by the department, Ohio providers reported almost 60 incidents where doses were unused. The largest incident occurred earlier this year, when a pharmacy responsible for distributing the vaccine to nursing homes failed to document storage temperatures for leftover shots, resulting in 890 doses being wasted.

In Tennessee, wasted, spoiled or unused doses aren't publicly disclosed on the state's online COVID-19 vaccine dashboard. However, after nearly 4,500 of Tennessee's doses were ruined in February, the state's Department of Health scrambled to find answers.

It started with nearly 1,000 doses reported missing in eastern Tennessee's Knox County, where emotional local leaders told reporters that a shipment was accidentally tossed by an employee who believed the box contained dry ice.

Shortly after, nearly 2,500 doses were reported wasted in Shelby County — which encompasses Memphis — due to miscommunication and insufficient record-keeping inside the local health department. A separate 1,000 doses were then reported spoiled in middle Tennessee after a school district reported a storage error.

The number of vaccinated Americans is rising, but the country's top infectious disease expert is concerned about Americans who are reluctant to be vaccinated. Polls suggest supporters of former President Trump are more likely to decline vaccination.

Despite the recent string of wasted vaccine incidents, the health agency stressed that the number represents just a sliver of the nearly 1.9 million doses the state has received since December.

“We don’t believe there is a systemic issue statewide, but we’re ramping up our efforts for compliance just to be sure,” state Health Commissioner Lisa Piercey told reporters earlier this month.

Piercey said Tennessee will soon conduct a review of the state’s vaccine distribution efforts to prevent future waste, and eventually hire a separate company to conduct the quality checks.

Meanwhile, in Florida, Surgeon General Dr. Scott Rivkees recently called for an audit after more than 1,000 doses of vaccine were reported damaged last month in Palm Beach County. When asked for the review of that audit, the state said this week it would provide those documents through a request for public records — which it was still compiling.

As the rollout of COVID-19 vaccines continues across the country, many of you still have questions about exactly what you can do and what you still should avoid after you’re vaccinated. Dr. Jay Wolfson, associate vice president of University of South Florida Health, joined LX News to answer some common questions.

Like other states, Florida doesn’t regularly publish how many doses don’t end up in arms, but a spokesperson for the state health department said 4,435 doses had been reported wasted as of Monday.

In Louisiana, health officials give updated totals of wasted doses to reporters at the governor’s weekly COVID-19 briefing. Out of 1.2 million vaccine doses administered thus far, fewer than 1,500 had been wasted as of Tuesday, said Dr. Joe Kanter, the governor’s chief public health adviser.

The federal government has also held off releasing numbers of spoiled or unusable doses, though it says states should report such waste in its vaccine tracker.

“We are working to figure out how to provide this data online in the future when the data is more complete,” Kristen Nordlund, a spokesperson for the Centers of Disease Control and Prevention, said in an email.