The accusation comes from Peggy Gustafson, the inspector general for the Commerce Department

A government watchdog says the Commerce Department is trying to block the findings of an investigation into the agency’s role in rebuking forecasters who contradicted President Donald Trump’s inaccurate claims about the path of Hurricane Dorian last year.

The accusation comes from Peggy Gustafson, the inspector general for the Commerce Department, who wrote a memo expressing “deep concern” that release of the report was being blocked.

It's the latest turn in a saga that led the National Oceanic and Atmospheric Administration to chastise government forecasters who contradicted the president after he posted inaccurate information about the hurricane's path across the southern United States.

Trump later displayed a Sharpie-altered forecast map in the Oval Office to defend his inaccurate tweet.

The U.S. Office of Special Counsel has recommended that presidential aide Kellyanne Conway be fired for repeated violations of the Hatch Act, which limits how most federal workers can advocate politically.

Gustafson, in a memo to Commerce Secretary Wilbur Ross released by her office late Wednesday, said the department was using “amorphous and generalized” claims to try to exclude publication of certain material in the report.

“The final publication of our evaluation has been delayed, thwarted, and effectively (stopped) by the Department’s refusal to identify specific areas of privilege,” wrote Gustafson, who was appointed by President Barack Obama.

Lawyers for Commerce and NOAA said the report in its current form potentially affects future negotiations between the agencies and the inspector general's office and that it contains privileged information.

Gustafson’s memo said communications with Commerce and NOAA officials were collegial throughout the investigation, but changed after her office submitted the final report for privilege review.

“This tone shift appears to be directly linked to the content of our report and the findings of responsibility of the high-level individuals involved,” Gustafson wrote. “I am concerned that the substance of our report and findings has resulted in this retaliatory posturing." 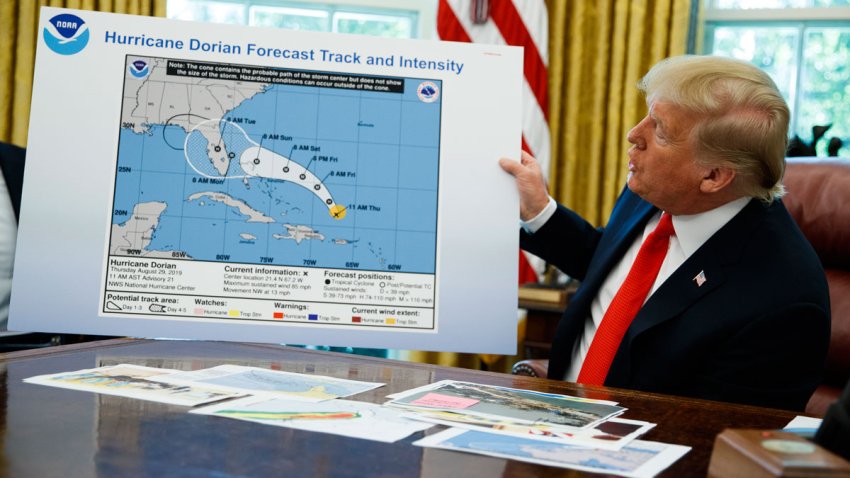 Emails Show the Fallout From Trump's Claims About Dorian 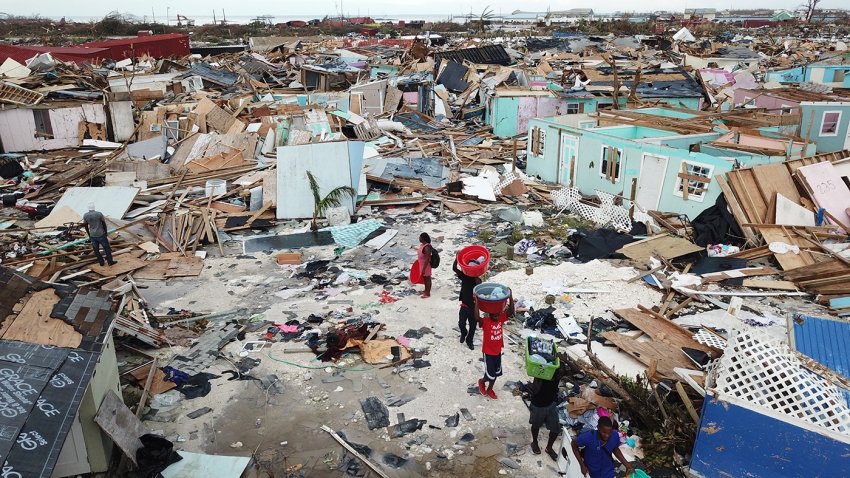 The full investigation was to be made public next Monday. Gustafson said she gave Commerce and NOAA until Thursday to provide “precise and unambiguous markings of proposed redactions for specified privileges.”

Sens. Jerry Moran, a Kansas Republican, and Jeanne Shaheen, a New Hampshire Democrat, told Ross in joint letter that they expect Commerce employees “to fully cooperate and assist the OIG (Office of Inspector General) in all investigative matters" and “any efforts to subvert or stifle the OIG are in direct defiance of the authorities granted to Inspector Generals by Congress."

A short summary of the investigation published last week included findings that Commerce led a “flawed process” that caused NOAA to issue the statement that improperly rebuked National Weather Service forecasters in Birmingham, Alabama, for a tweet that said “Alabama will NOT see any impacts from #Dorian.”

The investigation was spurred by a series of events that began when Trump offered comments on Twitter and in the Oval Office that were out of step with official government forecasts.

As the storm approached the U.S., Trump tweeted that Alabama, along with the Carolinas and Georgia, “will most likely be hit (much) harder than anticipated,” although the National Hurricane Center had indicated that Dorian would not hit Alabama.