What Is the US Flag Code? Rules and Etiquette for Displaying Old Glory

The rules for handling and displaying the American flag are defined by a law known as the U.S. Flag Code

On Veterans Day, we pay tribute to America's service members, past and present, who bravely served in times of both war and peace. Among the traditions for honoring members of the U.S. armed service is displaying the American flag in public. However, there are specific rules for handling and displaying Old Glory, as defined in U.S. Flag Code.

The U.S. Flag Code dates back to the late 19th century when Civil War veterans restricted the flag being used for commercials and public advertisements with the aim of upholding the sacred repute of the national emblem that they fought to defend. While a law was not yet passed by the federal government, states began creating their own laws. 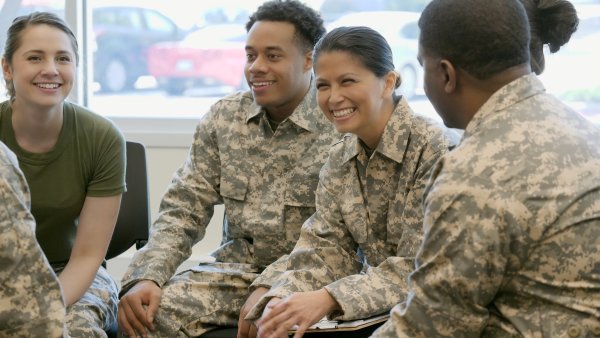 The U.S. Flag Code was first published in 1923 — nearly two decades before it was adopted by Congress in 1942. Although the Supreme Court reversed the act of flag-protection laws as a violation of free speech in 1989, the Flag Code continues to be followed by many as an act of tradition, rather than a law.

Here's a look at how it works:

How to Properly Treat and Display the American Flag

The flag should be displayed on or near the main building of public institutions, schools during school days, and polling places on election days. It should be hoisted briskly and lowered ceremoniously.

When displaying the flag from a staff that is projecting from your home or porch, place the union (blue section) at the peak of the staff. If the flag is against a wall or hanging over a window, is should be displayed flat with the union at the top left corner. When placing it on your vehicle, clamp the staff to the right front fender.

When displayed with another flag against a wall from crossed staffs, place the U.S. flag to your left. Its staff should also be in front of the other flag’s staff. In a group of flags displayed from staffs, the U.S. flag should be at the center and the highest point.

Flags displayed at night should be properly illuminated.

What Is a Flag Code Violation?

There are multiple Flag Code violations that are generally meant to maintain the emblem's reputation. They range based on the concept of which the time that the flag is displayed, where and how. The guidelines also advise on the use of the flag by civilians, customs, and as well as delivery of respect, which is often done through the "Pledge of Allegiance."

People commonly violate the Flag Code when displaying the Stars and Stripes on apparel, athletic uniforms or bedding. The only exception is made for military personnel, firemen, policemen and members of patriotic organizations who are allowed to wear a flag patch that is customized for their uniform.

During many sporting events, the flag is brought out and held over the field. But, the flag code states that “the flag should never be carried flat or horizontally," but always aloft.

Is Violating the Flag Code Illegal?

No. While the U.S. Flag Code is a federal law, guidelines are only stated within the voluntary and non-binding language such as, "should" and "custom," meaning there is no penalty for violating any of its provisions. This is because of the Supreme Court's act in declaring the law unconstitutional in United States v. Eichman.

To view the U.S. Flag Code in its entirety, click here.