Who Will Be TIME's 2020 Person of the Year? See the Shortlist

The magazine has revealed its shortlist ahead of its first ever televised special, airing Thursday at 10 p.m. ET on NBC

The choice for TIME's Person of the Year for 2020 is down to four candidates.

The magazine has revealed its shortlist ahead of its first ever televised special, airing Thursday at 10 p.m. ET on NBC, in which TIME will reveal the recipient its editors felt most influenced the world during a tragic and turbulent year across the globe.

TIME has made the designation every year since 1927, with last year's pick becoming the youngest recipient in history. Teen climate activist Greta Thunberg, 17, was named the 2019 Person of the Year after becoming a prominent face in the fight to save the environment from the effects of climate change.

In 2018, TIME editors selected "The Guardians and the War on Truth," a group of four journalists and one news organization whose work landed them in jail or cost them their lives. The group included Jamal Khashoggi, Maria Ressa, Wa Lone and Kyaw Soe Oo and the Capital Gazette of Annapolis, Maryland.

Here are the four candidates for 2020 Person of the Year in no particular order.

The Movement for Racial Justice

Demonstrators took to the streets in hundreds of cities and towns across America to protest police brutality and racial injustice following the death of George Floyd in Minneapolis in May after police officer Derek Chauvin was shown kneeling on his neck for nearly nine minutes.

Black Lives Matter, a social and political movement co-founded by Alicia Garza, Patrisse Cullors and Opal Tometi in 2013, was front and center during protests across the country in the fight for equality. The slogan was found on signs, shirts and other paraphernalia, while also being painted in huge letters on prominent streets in cities like New York and Washington, D.C.

Protesters called for structural changes in policing while invoking the names of Floyd and other Black people killed, like Ahmaud Arbery, who was shot by a white man while jogging in February, and Breonna Taylor, who was shot by police during a raid on her home in March.

The movement caused a racial awakening in cities around the world, featuring politicians, athletes, celebrities and people of all races marching and speaking out. They called for equality and an end to systemic racism in housing, schools, entertainment, business and a host of other sectors.

The president-elect defeated incumbent President Donald Trump in a 2020 election that featured the largest amount of votes (157 million) in U.S. history, with turnout increasing in every state in the country from the 2016 election.

He is one of only 11 candidates in U.S. history to defeat an incumbent president, and the first since Bill Clinton denied George H.W. Bush a second term in the 1992 election.

The bitterly contested election, which Trump has refused to concede, was also held during a pandemic that caused millions more Americans to vote by mail, resulting in a winner not being called until four days after the election as mail-in ballots were counted.

Biden, 78, will be sworn in as the oldest president in the nation's history when he becomes the country's 46th president at next month's inauguration. The Democrat is part of a historic ticket that includes Vice President-elect Kamala Harris, the nation's first female vice president and first one of color.

Biden will be tasked with healing a deeply divided nation while also leading efforts to slow the spread of the coronavirus, which has already claimed more than 280,000 lives in the U.S. and continues to surge across the country.

The former vice president vowed to govern for all Americans in his victory speech on Nov. 7 from his home state of Delaware.

"To make progress, we must stop treating our opponents as our enemy. We are not enemies. We are Americans," Biden said. "This is the time to heal in America."

Health care workers across the globe have been working tirelessly to save lives and offer comfort since the coronavirus pandemic began in March.

They have kept doing their jobs through the trauma of watching more than 1.5 million people die from COVID-19 worldwide, with often only a doctor or nurse to comfort them as their loved ones say a tearful goodbye over a video phone call.

Dr. Anthony Fauci, the director of the National Institute of Allergy and Infectious Diseases, has been a public face of expert-led effort urging people not to give in to pandemic fatigue or lose hope while also making sure to take precautions like wearing a mask and social distancing.

The surging pandemic has overwhelmed hospitals in states around the U.S. in the last month, with record totals of cases, deaths and hospitalizations occurring almost daily. At least 1,400 U.S. health care workers have died from COVID-19 during the pandemic, according to The Guardian, while others have faced exhaustion, burnout and mental health issues. 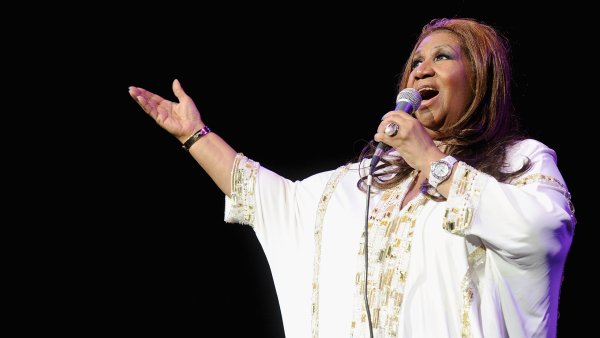 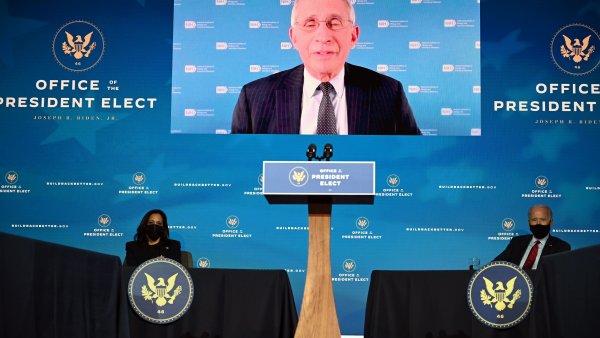 While pending regulatory approvals of multiple COVID-19 vaccines appear to offer a glimmer of hope, most health experts believe they won't be available to the general public until at least late spring. That means the nation and the world will continue to have some difficult months ahead of continuing to rely on the tireless efforts of the heroes of the front line.

The 45th president has loomed large over the coronavirus pandemic, protests against racial injustice and the democratic process in the final year of his one-term presidency.

Trump has presided over a pandemic that has resulted in the deaths of 280,000 people in the U.S., more than any nation in the world. He also railed against demonstrators during the protests in the summer following clashes with police.

When defeated by Joe Biden in the 2020 election, he became the first incumbent president to not win reelection since George H.W. Bush in 1992. Trump has refused to concede to Biden and filed more than 50 lawsuits in multiple states to try to overturn the results of the election, claiming without evidence widespread voter fraud.

Trump was the 2016 recipient of the TIME Person of the Year designation after his victory over Hillary Clinton in the presidential election and has made the shortlist for the distinction for five straight years.