Retreating to the Capitol's Old Senate Chamber for the private vote, Republicans had faced public infighting following a disappointing performance in last week’s elections that kept Senate control with Democrats

Retreating to the Capitol's Old Senate Chamber for the private vote, Republicans had faced public infighting following a disappointing performance in last week’s elections that kept Senate control with Democrats.

McConnell, of Kentucky, easily swatted back the challenge from Scott in the first-ever attempt to oust him after many years as GOP leader. Senators first rejected an attempt by McConnell's detractors to delay the leadership choice until after the Senate runoff election in Georgia next month.

“I'm not going anywhere,” McConnell said after the vote that leaves him poised to become the Senate's longest-serving leader when the new Congress convenes next year.

The unrest is similar to the uproar among House Republicans in the aftermath of the midterm elections that left the party split over former President Donald Trump's hold on the party. House GOP Leader Kevin McCarthy won the nomination from colleagues to run for House speaker, with Republicans on the cusp of seizing the House majority, but he faces stiff opposition from a core group of right-flank Republicans unconvinced of his leadership.

On Wednesday, the senators first considered a motion by a Scott ally, Republican Sen. Ted Cruz of Texas, to delay the leadership votes until after the Dec. 6 runoff election in Georgia between Republican Herschel Walker and incumbent Democratic Sen. Raphael Warnock that will determine the final makeup of the Senate. Walker was eligible to vote in the leadership election but wasn't expected to be present.

Georgia Secretary of State Brad Raffensperger spoke on Wednesday about the Senate race between Raphael Warnock and Herschel Walker.

There were 49 GOP senators expected to vote, including newly elected senators in town this week but not yet sworn into office and Alaska Sen. Lisa Murkowski, who was eligible even though her race against Republican Kelly Tshibaka hasn’t been called yet. No more than 10 Republican senators, among some of the most conservative figures and those aligned with Trump, were expected to join in the revolt.

Senators were also electing others in the Republican leadership. Democrats have postponed their internal elections until after Thanksgiving.

McConnell's top leadership ranks are expected to remain stable, with Sen. John Thune, R-S.D., as GOP whip, and Sen. John Barrasso, R-Wyo., in the No. 3 spot as chairman of the GOP conference. Montana Republican Sen. Steve Daines was expected take over the campaign operation from Scott.

The challenge by Scott, who was urged by Trump to confront McConnell, escalated a long-simmering feud between Scott, who led the Senate Republican's campaign arm this year, and McConnell over the party's approach to try to reclaim the Senate majority.

"If you simply want to stick with the status quo, don’t vote for me," Scott said in a letter to Senate Republicans offering himself as a protest vote against McConnell.

Restive conservatives in the chamber have lashed out at McConnell's handling of the election, as well as his iron grip over the Senate Republican caucus.

Trump has been pushing for the party to dump McConnell ever since the Senate leader gave a scathing speech blaming then-President Trump for the Jan. 6 insurrection at the U.S. Capitol.

Still, it represented an unusual direct challenge to McConnell's authority. He would become the longest-serving Senate leader in history when the new Congress convenes next year.

Scott and McConnell traded what colleagues said were “candid” and “lively” barbs during a lengthy private GOP senators lunch Tuesday that dragged for several hours. They sparred over the midterms, the quality of the GOP candidates who ran and their differences over fundraising.

During the luncheon, some 20 senators made their individual cases for the two men. Some members directly challenged Scott in McConnell’s defense, including Maine Sen. Susan Collins, who questioned the Florida senator’s management of the campaign arm, according to a person familiar with the meeting and granted anonymity to discuss it. 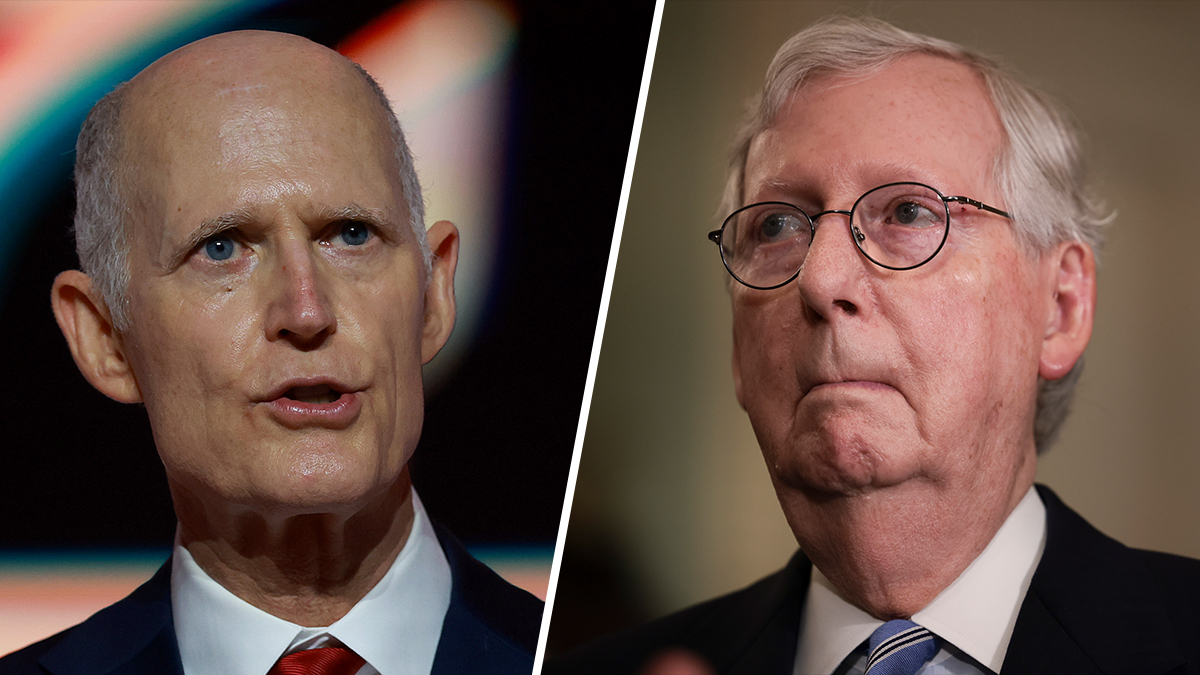 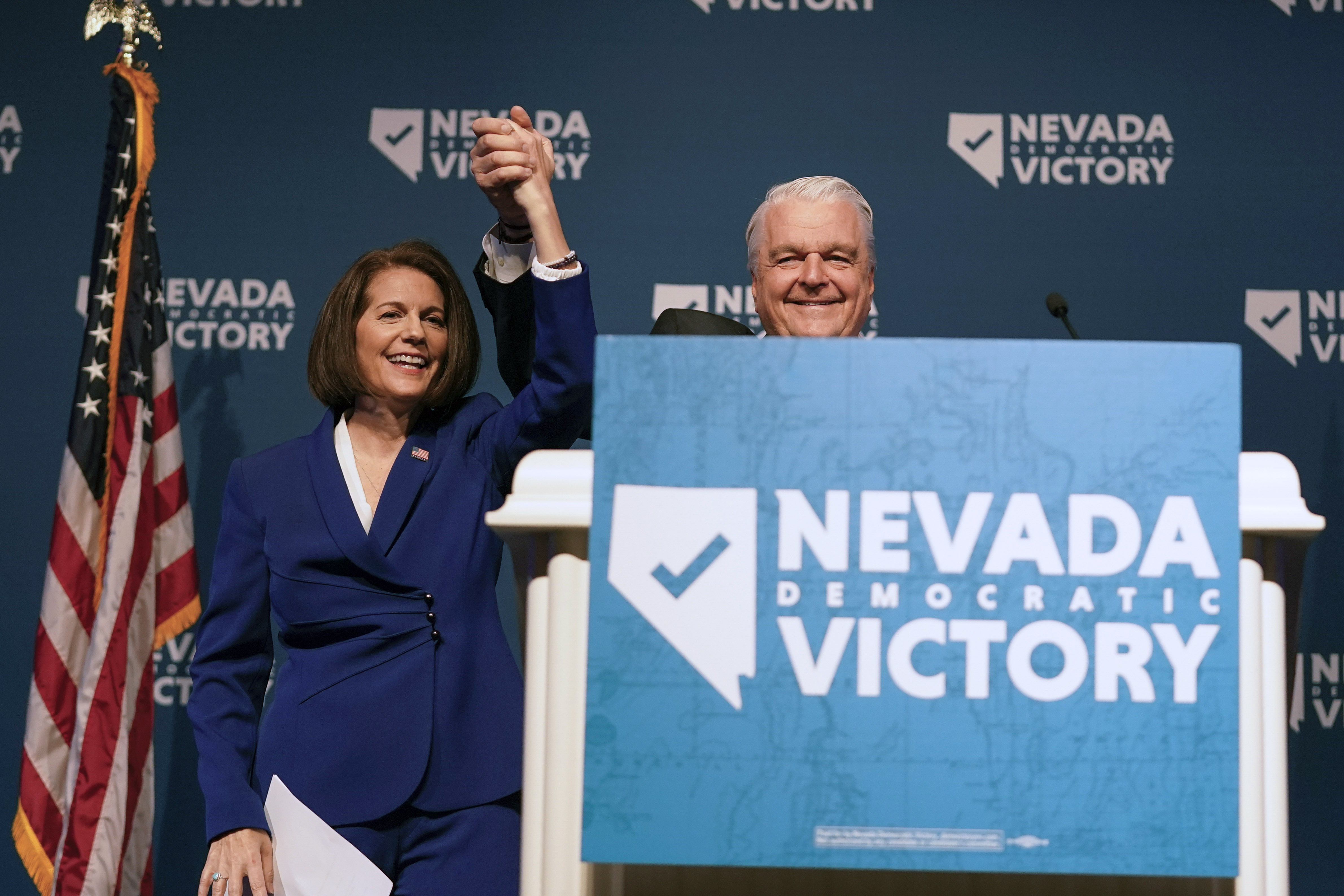 Among the many reasons Scott listed for mounting a challenge is that Republicans had compromised too much with Democrats in the last Congress — producing bills that President Joe Biden has counted as successes and that Democrats ran on in the 2022 election.

The feud between Scott and McConnell has been percolating for months and reached a boil as election results trickled in showing there would be no Republican Senate wave, as Scott predicted, according to senior Republican strategists who were not authorized to discuss internal issues by name and insisted on anonymity.

The feuding started not long after Scott took over the party committee after the 2020 election. Many in the party viewed his ascension as an effort to build his national political profile and donor network ahead of a potential presidential bid in 2024. Some were irked by promotional materials from the committee that were heavy on Scott’s own biography, while focusing less on the candidates who are up for election.

Then came Scott’s release of an 11-point plan early this year, which called for a modest tax increase for many of the lowest-paid Americans, while opening the door for cutting Social Security and Medicare, which McConnell swiftly repudiated even as he declined to offer an agenda of his own.

The feud was driven in part by the fraying trust in Scott’s leadership, as well as poor finances of the committee, which was $20 million in debt, according to a senior Republican consultant.