PolitiFact: Why Haitians Are Crossing Into the U.S. in Texas, and Not Somewhere Closer

Haitians did not come directly from Haiti to Texas. These migrants were traveling from South America, where they had lived in recent years.

Thousands of Haitian migrants fleeing poverty have arrived in the border town of Del Rio, Texas, as they try to cross illegally into the United States.

The images and news reports of migrants gathered under a border bridge are the latest immigration challenge facing the Biden administration. The reports have also prompted some social media users to raise questions about how Haitians ended up crossing into Texas, rather than Florida, which is much closer to Haiti.

"Am I the only one that wonders how 14,000 Haitians traveled 2,000 miles to end up under a bridge in Del Rio, Texas?" stated one Facebook post showing a straight red line from Haiti, across the Caribbean Sea and the Gulf of Mexico to Texas. "I doubt that they walked."

This post was flagged as part of Facebook’s efforts to combat false news and misinformation on its News Feed. (Read more about our partnership with Facebook.)

The short answer is that the Haitians did not come directly from Haiti to Texas. These migrants were traveling from South America, where they had lived in recent years.

"That’s why they have ended up in Texas, not Florida. They are coming from South American countries, through Central America and Mexico, and ultimately to the U.S.-Mexico border," said Jessica Bolter, a policy analyst at the nonpartisan Migration Policy Institute. "They walk this route, as well as take buses and sometimes other forms of land transportation." 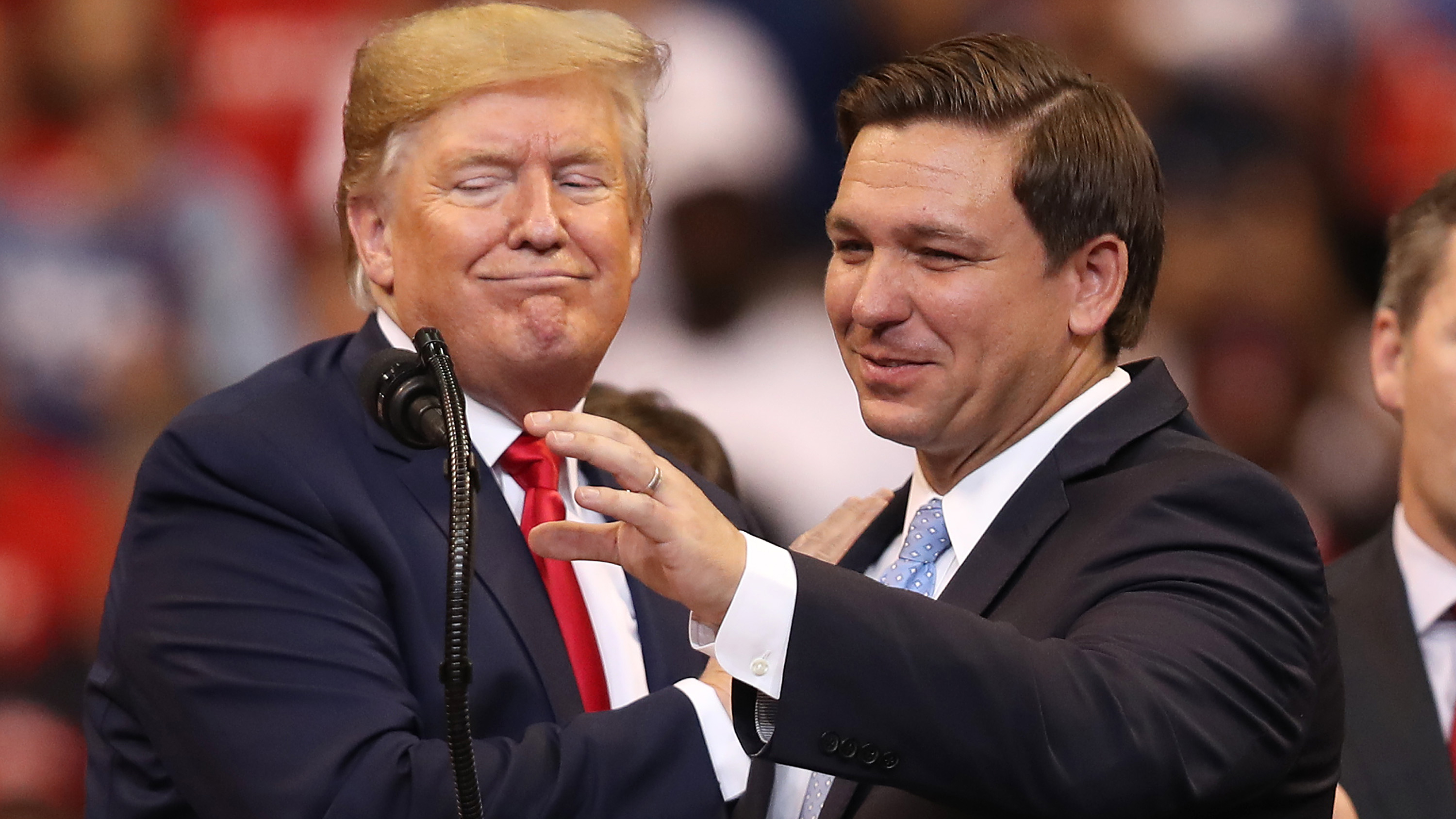 PolitiFact: No Evidence for Trump's Claim About Stopping a ‘Steal' in 2018 for DeSantis 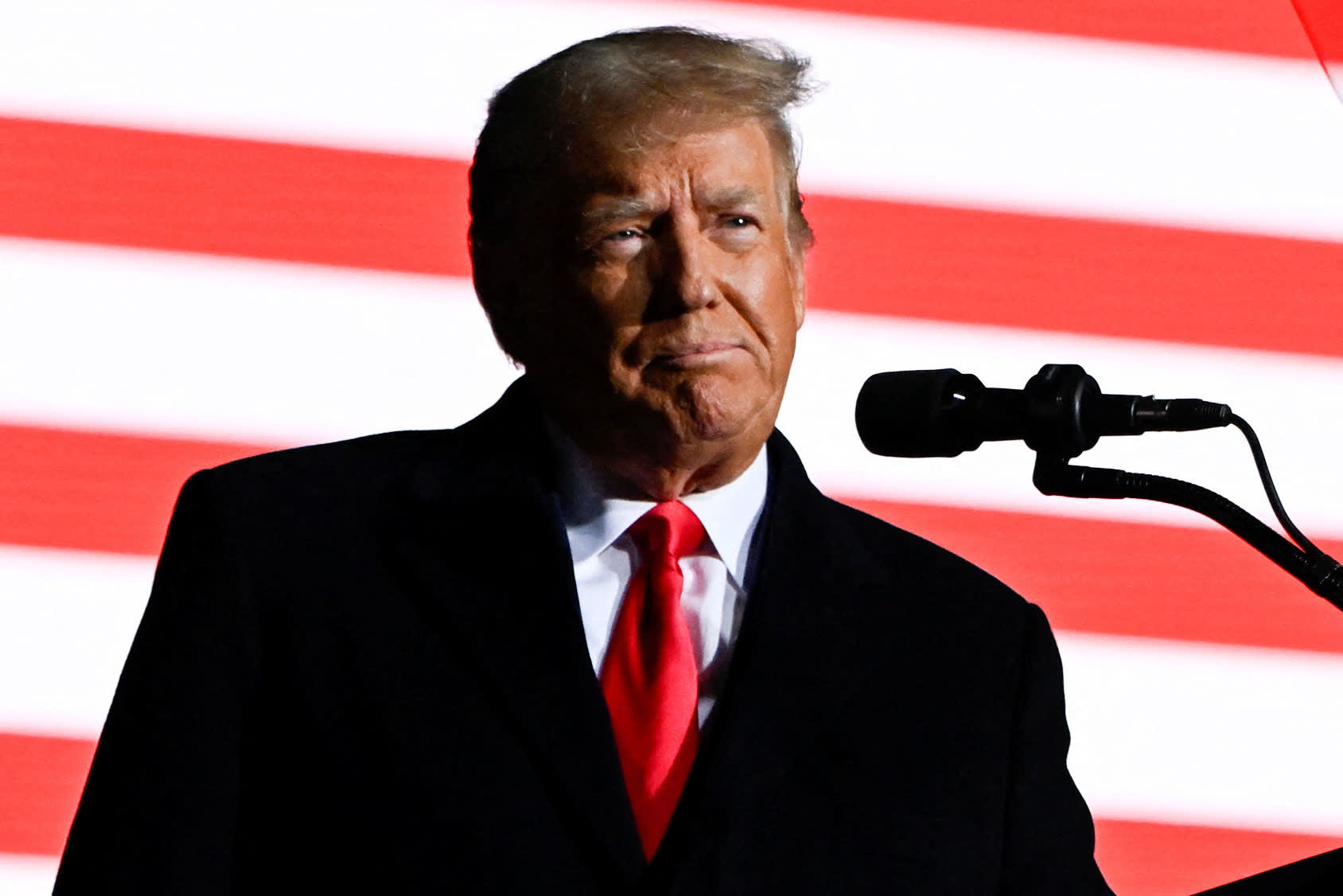 PolitiFact: Does Running for President Protect Donald Trump From Legal Issues? No.

The 2010 earthquake in Haiti fueled migration

Haiti has endured a series of tumultuous events in just the past few months, including a presidential assassination, tropical storms and an earthquake.

But the current migrations seen in Texas trace back to 2010, when a 7.0-magnitude earthquake struck the nation and destroyed large parts of the capital, Port-au-Prince. Estimates vary, but the earthquake is reported to have killed more than 200,000 people and displaced more than 1.3 million.

Many Haitians then traveled to South American countries, particularly Chile and Brazil, in search of jobs and a better life.

The Brazilian government made humanitarian visas available to Haitians, and there was significant demand for construction workers leading up to the 2014 World Cup and the 2016 Olympics in Rio de Janeiro. Once those jobs started to dry up, many Haitians moved on to Chile, Bolter said.

The Associated Press reported that about 150,000 Haitians went to Chile from 2014 to 2018 and found work as street vendors, janitors and construction workers.

However, since 2018, the Chilean government has made it more difficult for Haitians to get work visas.

The COVID-19 pandemic made conditions worse for Haitian migrants.

When President Joe Biden took office, Bolter said, many migrants believed that it would be easier to get into the U.S. than under Trump, and were emboldened to travel north.

"A lot of them came to Mexico with the hope of being able to live in Mexico," Jacqueline Charles, the Miami Herald’s Caribbean correspondent, told NPR’s "All Things Considered." "But they've had a very difficult time getting work permits, finding jobs, even finding a place to live. And so this is a community that, you know, operates through word of mouth. So people started saying, hey, Ciudad Acuña is open. This port is open."

Ciudad Acuña is the Mexican city across the Rio Grande from Del Rio, Texas. But it wasn’t true that the port of entry was open to Haitians.

Biden renewed Temporary Protected Status for Haitians in the U.S. earlier this year. That status — which the Trump administration had revoked for Haitians in 2017 — allows migrants to stay in the U.S. when conditions in their home country prevent them from returning safely. But the Biden policy applies only to Haitians who were living in the U.S. as of July 29, not to those crossing the border now.

Illegal border crossings by Haitian migrants are at a historic high, Bolter said.

From October 2020 through August 2021, U.S. Customs and Border Protection encountered Haitian migrants crossing the border illegally almost 28,000 times along the southwest border; 24,000 of those encounters took place in Texas.

While the federal government has not yet released data for September, news reports cited as many as 15,000 migrants waiting in Del Rio. The Department of Homeland Security told PolitiFact that from Sept. 19 to 21, officials sent 1,083 Haitians from Del Rio to Port-au-Prince.

Most are being expelled under the Centers for Disease Control and Prevention’s Title 42 authority — a Trump policy designed to curb COVID-19 spread — the agency said Sept. 18

"The Biden administration has reiterated that our borders are not open, and people should not make the dangerous journey," DHS said. "Individuals and families are subject to border restrictions, including expulsion."

Biden has faced criticism from lawmakers in both parties for his administration’s actions on Haitians crossing the border illegally. Republicans say Biden has failed to secure the border while some Democrats have criticized the administration for continuing to use Title 42 to expel Haitians and the tactics used by some Border Patrol agents. Homeland Security chief Alejandro Mayorkas said he directed an immediate investigation of the actions by Border Patrol agents on horseback who were captured in photographs and on video blocking migrants from crossing the river.

A Facebook post suggests that Haitian migrants took an implausible route across the Gulf of Mexico to arrive at the Texas-Mexico border.

The Haitians who are arriving in Texas did not take a direct route from Haiti. They are people who left their country following the 2010 earthquake and went to South America to find jobs in Brazil and Chile. When opportunities dried up in those countries and conditions worsened, they began traveling north through Latin America toward Mexico.

We rate this statement Mostly False.