The United States will face the winner of Germnay-Slovakia

Team USA went 3-0 in group play, earning the top spot in Group A and finishing as the only team to grab all nine available points in group play with three wins in regulation.

It started with an 8-0 handling over China, the nation's first-ever men's hockey game at the Winter Olympics. Sean Farrell became the first American-male skater to record a hat trick since Phil Kessel in 2014, adding two assists in the win.

Team USA at the 2022 Winter Olympics

The U.S. men's hockey team is unbeaten in Beijing. 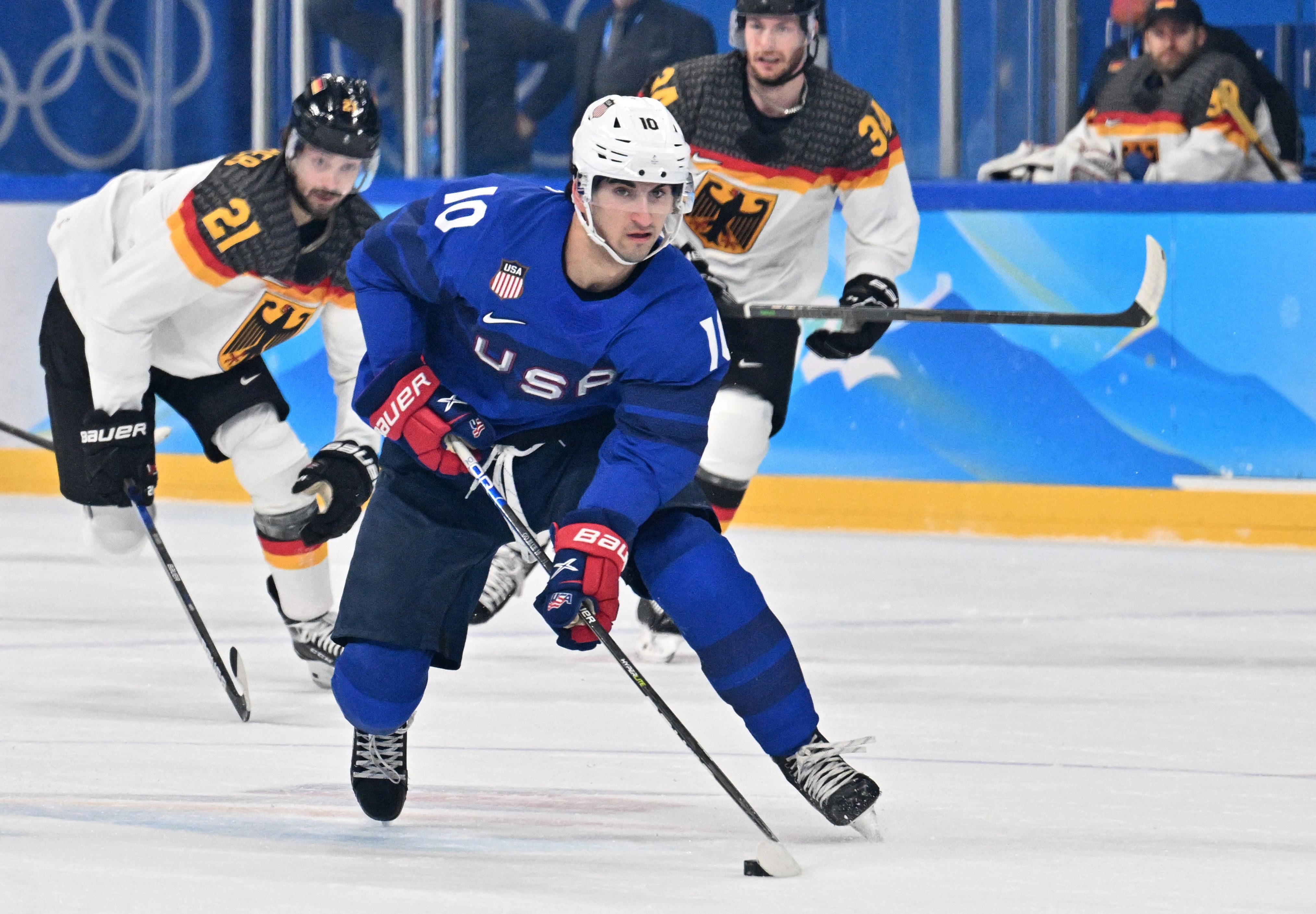 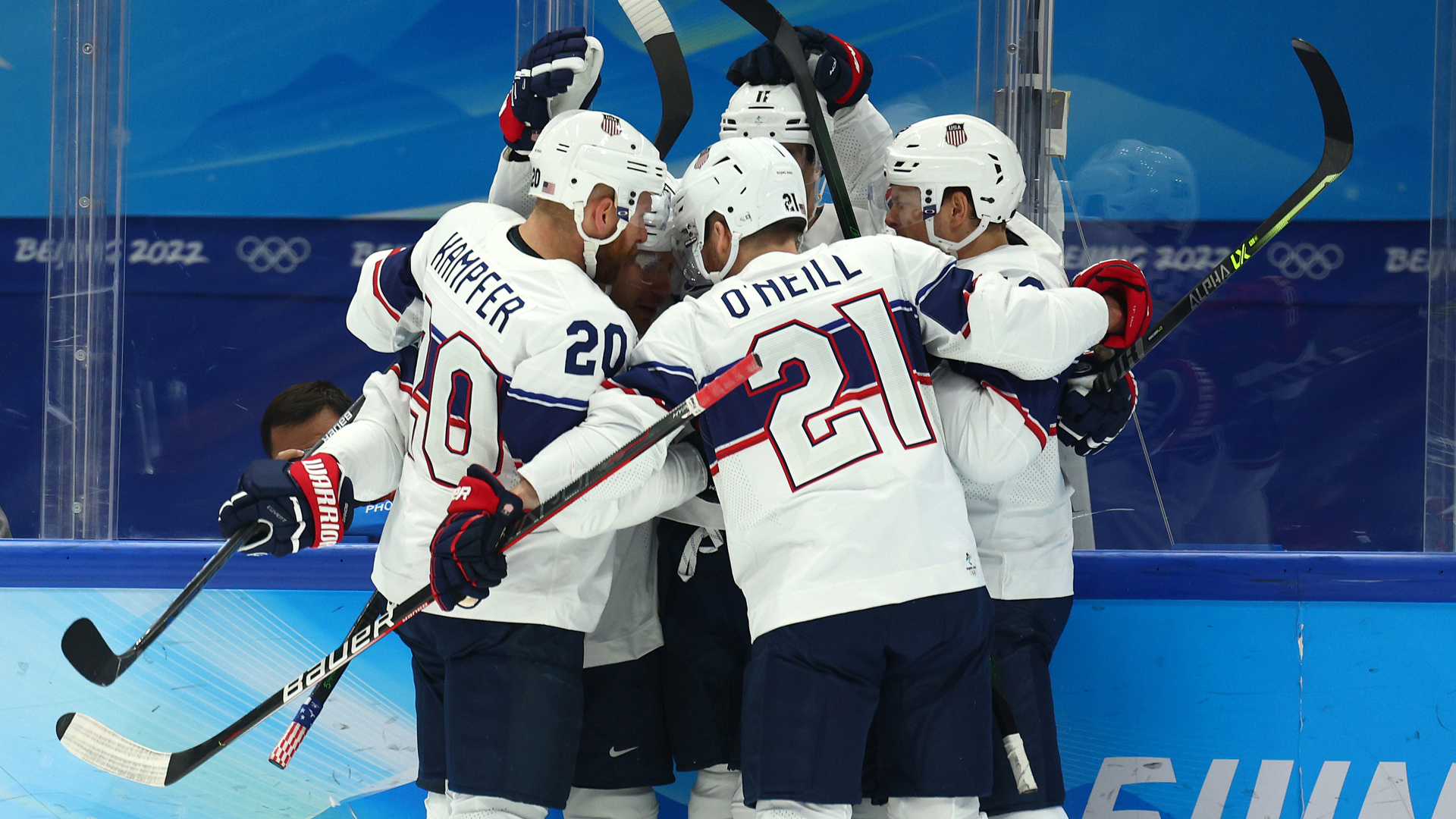 Next came a huge 4-2 victory for the U.S. over rival Canada, only the fourth victory for the Americans over its foes north of the border in Winter Olympics history. Captain Andy Miele led the way with a goal and an assist.

Finally, rounding out group play was a tight 3-2 win against Germany where Nathan Smith grabbed the game-winning goal in the third period.

The team scored the most goals out of any team in the preliminary round (15) while also allowing the least amount of goals in that span (4). It was an exceptional showing from a United States team that disappointed in 2018 without NHL players and were seeded as the No. 6 team heading into the tournament.

Who does Team USA play next in men's hockey?

With their first-place finish in Group A, the Americans received a first-round bye in the playoffs, bypassing the qualification round. That means they are still waiting to find out who they will be playing in the quarterfinals. The U.S. has been tabbed in the bracket to face the winner of the Slovakia-Germany game.

Getting the bye was key for the U.S. to get Jake Sanderson back. The University of North Dakota defensemen was injured in the Canada game and he did not play against Germany. He is considered day-to-day.

The United States' quarterfinal game is scheduled for Tuesday night at 11:10 p.m. EST.

Germany ended in third in Group A with one win and two losses, with the lone victory coming against China. While the team is not overly skilled and the offense is lacking, the Germans play a tough, physical game. The squad has a handful of ex-NHLers, including Dominik Kahun, Tobias Rieder, Korbinian Holzer and Tom Kuhnhackl.

At times, they were successful in slowing the United States down in their matchup, but the U.S. controlled most of the play. Having already played the German team makes it potentially a favorable matchup for the Americans.

The other potential opponent is Slovakia, who like Germany, had one win and two losses to finish third in Group C. Slovakia lost to Finland and Sweden before grabbing a win over Latvia. The team allowed 12 goals total in three games, with 10 of those coming from Finland and Sweden.

The biggest threat offensively from Slovakia is Juraj Slafkovsky, the 17-year-old who figures to be a first-round pick in the upcoming NHL draft. He potted two goals in his first Olympic game in the Slovaks' loss to Finland before adding another in the win over Latvia.

Finland, Sweden and the ROC also received byes directly to the quarterfinals.

Those three teams await the winners of the rest of the qualification round matchups: Denmark faces Latvia, Czech Republic takes on Switzerland and Canada battles it out with China.

The qualification round begins on Monday night at 11:10 p.m. EST with Slovakia-Germany and will conclude Tuesday morning at 8:10 a.m. EST with Canada-China.