They met at 17. Became a family with the addition of a beautiful daughter. Married in a storybook wedding in the Bahamas. And if we know our reality TV, Jermaine and Mesha O'Neal will be embroiled in a nasty divorce, oh, about...tomorrow.

The Heat center's wife has signed up to star in VH1's "NBA Wives," a half-hour "docu-soap," along with forward Udonis Haslem's girlfriend, Faith Rain. The show is the brainchild (labor pains: negligible) of Shaunie O'Neal, who recently filed for divorce from husband Shaq in a hail of hilarity. 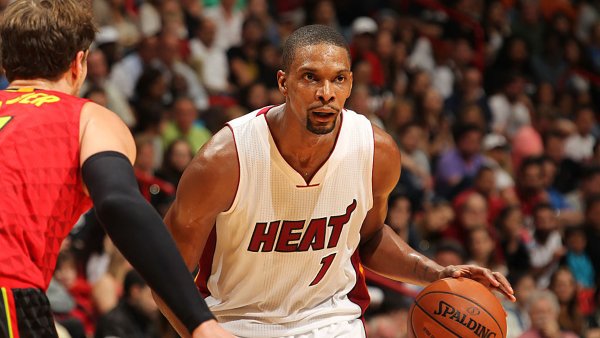 This series is about the insider life of the wives, girlfriends and a few ex-wives of some of the biggest ballers in the game. These ladies live the life. They drive the best cars, live in the biggest mansions, wear designer clothes and jewelry and only travel first class. But living the high life is not all glamour.  In order to protect it, they have to deal with the jealousies and dramas of living in — and staying in — the inner circle. They must also keep the groupies at bay while their husbands and boyfriends are traveling on the road for over six months of the year playing ball all-the-while wondering if their spouses are being faithful to them.

Sounds awesome, when we read the last part as if it would involve an actual obstacle course. What would be more entertaining than watching NBA wives battle past fake-boobed bleached-out groupies in American Gladiator outfits while their husbands run around a final-stretch hotel hallway maze without pants? Only the inevitable PGA version, which will introduce America to the term "golf slap."