This is the Deshaun Watson the Houston Texans have been waiting for all season.

Watson matched his career high with five touchdown passes to lead the Texans to their fifth straight victory, 42-23 over the Miami Dolphins on Thursday night.

The second-year quarterback has played well at times this year but hadn't had a breakout game while dealing with rib and lung injuries over the past few weeks.

The Texans (5-3) have left their 0-3 start behind with their longest single-season winning streak since reeling off six victories in a row in 2012.

"I think we've got the best offense in the NFL," receiver DeAndre Hopkins said. "What we put up tonight against a pretty good defense, what we've shown in these past five games that we've won, we're up there with the best of the best." 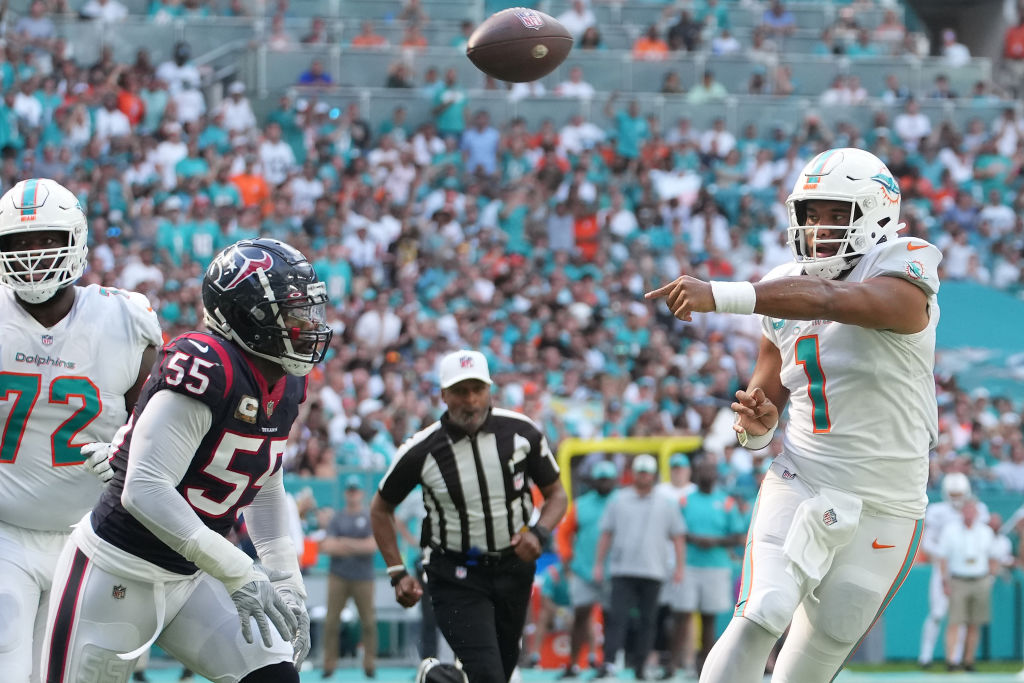 "This offense can be very explosive," Watson said. "We can do a lot of good things, put a lot of points on the board."

Miami's Brock Osweiler, who had one tough season in Houston after signing a $72 million contract in 2016, threw for 241 yards with an interception in his third straight start in place of injured starter Ryan Tannehill.

Kenyan Drake had a touchdown run and touchdown reception for the Dolphins (4-4). They lost for the second straight week.

"I'm fairly irritated right now," Miami coach Adam Gase said. "I'm going to re-evaluate everything this weekend and figure out how to get better on defense, figure out how to sustain drives and get the ball into the end zone on offense."

Texans running back Lamar Miller, who grew up in Miami and spent his first four seasons with the Dolphins, had 133 yards rushing and a touchdown for his second straight 100-yard game.

Houston led by eight when Watson threw a 49-yard touchdown pass to Hopkins on the first play of the fourth quarter to make it 35-20.

Watson found the speedy Fuller in front of the defense for a 73-yard touchdown that left Houston up 28-17 late in the third quarter. It was the longest touchdown pass of Watson's career and the longest reception of Fuller's. Fuller has caught 11 touchdown passes in 11 career games with Watson.

The Dolphins used a 41-yard field goal to cut the lead to 28-20 with less than a minute left in the third quarter. That score came after a drive featuring a crazy 46-yard pass by Osweiler . He threw the ball to Jakeem Grant, who lost it after being hit by two Texans defenders, but it sailed down the field and into the hands of DeVante Parker for the big gain.

A 58-yard run by Miller got the Texans to the 9-yard line early in the third quarter. Houston extended the lead to 21-10 when Watson found Thomas again, this time on a 2-yard pass.

The Dolphins used some trickery later in the third quarter when Osweiler pitched a lateral to Danny Amendola, who threw a 28-yard touchdown pass to Drake to cut the lead to 21-17.