When the Miami Heat won their first championship in 2006, then-coach Pat Riley decided to enter the following season without major roster changes.

Many players showed up for training camp out of shape, and the Heat eventually got swept in the first playoff round. 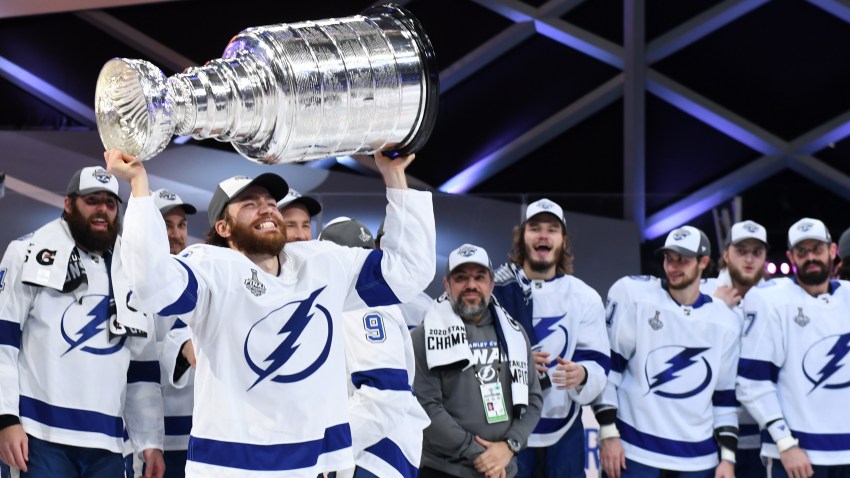 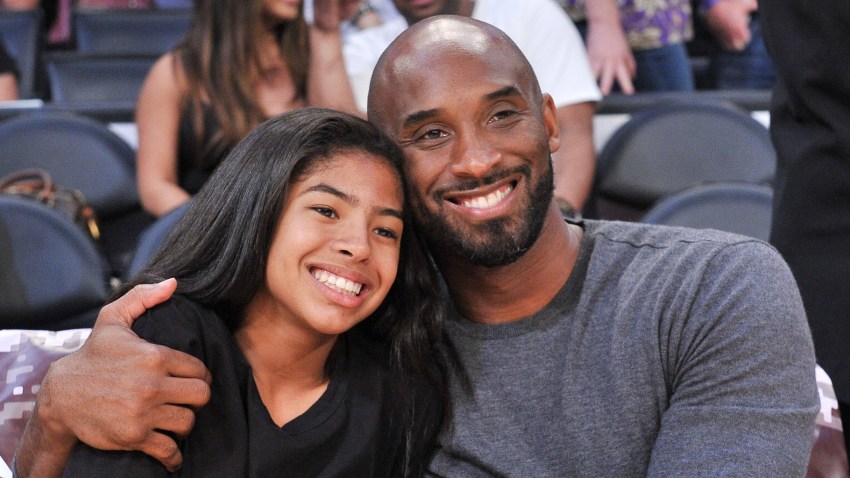 This time, Riley believes, things will be much different. He doesn't see any way that a core of LeBron James, Dwyane Wade and Chris Bosh would go into any season — much less one where they could win a third straight title — not prepared to chase another championship. So this summer, the Heat aren't planning any major roster changes, the clear belief being that the team in Miami now should be good enough to contend again in 2014.

"We're the fugitive and they're still coming after us," said Riley, the Heat president. "And that motivates the hell out of me. It really does, because I don't want to get caught, not with what we have. And I don't the players feeling like they can get caught, either. That's why the improvement needs to come from within and we need to be smart about what we're doing."

LeBron Not Thinking About 2014 Yet

Riley wrapped up the season with a 40-minute interview session Wednesday, opining on everything from his ninth championship season ("I've been lucky," he said in a clear understatement) to coach Erik Spoelstra's story that his boss came knocking on the door of his hotel suite after the 113-77 loss in Game 3 of the NBA Finals against San Antonio with three bottles of wine ("The wine was already there — and it was opened," was Riley's recollection).

Occasional laughs aside, Riley also pointed out repeatedly that the work awaiting the Heat in the coming months is serious.

"We're just going to keep everything very fluid," Riley said. "I think that's the key. What we just experienced, three straight years, (297) games, two consecutive world championships, we are so giddy about that and proud of our team and also excited that what we did three years ago has led us to this. The challenge is not 'Can we win another championship?' The challenge is how to manage it within the confines of a very punitive collective bargaining agreement."

None of Riley's proclamations about his hopes for next season's roster were exactly surprising. First, as expected, he announced that the team is exercising its $4 million option on point guard Mario Chalmers, who has started every game in which he's appeared in the past two seasons, with a knack for coming up big in the biggest moments.

What's Next for the Miami Heat?

He also wants Chris Andersen and Ray Allen back, as do their teammates from this season. Andersen has given indications that he wants to return, including announcing at the team's championship rally on Monday that he wants to chase a "threepeat" — a word Riley actually trademarked several years ago. And as Riley was speaking Wednesday, Andersen was in the nearby weight room, getting in a workout.

"We love Chris Andersen and we want him back," Riley said. "He will obviously be informed by his agents as to all of the ramifications of what's out there, as to what we can do. So until July 1, we won't know. But we would love to have Chris back."

Allen could opt to leave, though said several times that he enjoyed the makeup of this Heat roster.

Allen wound up hitting perhaps the biggest shot in Heat history, the 3-pointer with 5.2 seconds left in regulation of Game 6 of the finals that forced overtime and saved the Heat's season. That shot by Allen was part of a wild sequence where the Heat rallied from a five-point deficit with 28 seconds left to play, and where security workers had already dragged out a yellow rope to seal the court in anticipation of a Spurs' celebration.

"He's a very, very smart man and that playing with LeBron James and Chris Bosh and Dwyane Wade and all of the other players that he has become very close to, I think he'll make the wise decision," Riley said.

There are some difficult luxury-tax-related decisions for the Heat to make in the not-so-distant future, and one of the ways Miami could create some flexibility for itself would be to use its one-time amnesty provision. Mike Miller, who's due to make about $13 million over the next two seasons, has been often mentioned as someone who could be jettisoned by the Heat.

For now, Riley doesn't sound like an advocate of that plan, saying he'll leave the money decisions up to managing general partner Micky Arison and the rest of the Heat executive branch.

"He's a great player," Riley said. "So unless I get a mandate about (amnesty), we haven't talked about it. We just want to keep this team together."

The Heat had a two-day visit this past season with Greg Oden, the No. 1 overall pick in 2007 who has played exactly 82 games in his NBA career because of relentless knee issues. And with the Heat almost certainly not having the financial flexibility to get into the mix for big-money free agents, taking a flyer on someone like Oden might be the sort of move Miami makes this summer.

"We will explore that and see where it goes," Riley said.

One guy who isn't going anywhere, for now, is Riley himself.

With nine championships now and a Hall of Fame legacy as a coach, there is obviously nothing left for the son of Schenectady, N.Y. to prove in the NBA. But he remains driven by more, and perked up Wednesday when talking about how he may have "I ain't got no worries" — a line James used after winning this title — inscribed on the 2013 championship rings, and how the challenge of the next 12 months should energize the franchise.

If the Heat had lost Game 6 of the finals, he said major changes might have been forthcoming. But now, there's no need for wholesale departures, and that applies to him as well.

"Why would I want to get off this train?" Riley said. "As long as Micky will have me, I will be here."