Tebow Hits St Lucie, The Next Step of His Baseball Journey

Tim Tebow knows he can still improve on everything.

Given his numbers, that's obvious.

If he's the world's most popular minor league .220 hitter, that's just fine with the new left fielder for the St. Lucie Mets. Called up to the New York Mets' advanced Class A affiliate in the Florida State League earlier this week, Tebow was batting eighth for his debut with his new club Tuesday - and is expected to be an everyday player for however long he's with the club. 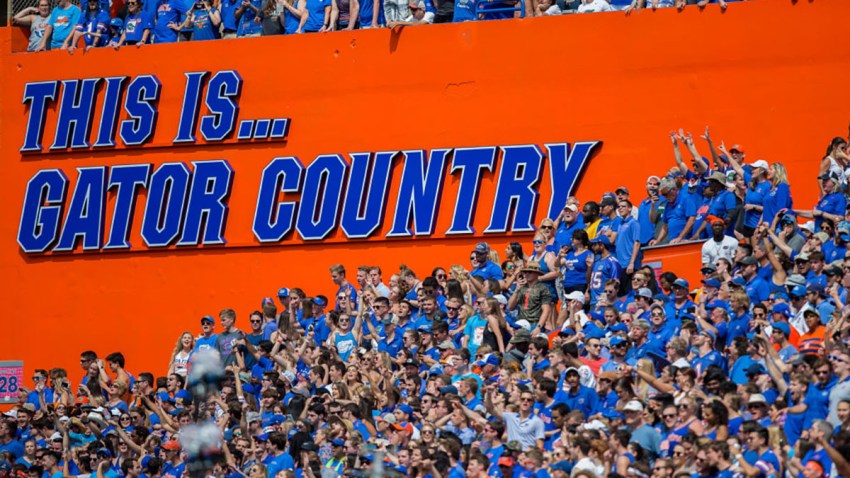 No. 3 Florida Having Trouble Selling Out Stadium for Opener

"It's a scary place to get caught up in, the 'where's this going to lead,' 'what's going to happen to my future,' 'what is the next day,'" Tebow said before the game against the Palm Beach Cardinals. "I get today. Tomorrow's not promised. I'm going to make the most of today.

"And that sounds cliche, but gosh, I hope when you look at my life 10, 20, 30 years from now, you can see somebody that they really took advantage of that day."

Getting promoted with his numbers is not typical.

Then again, nothing about Tebow ever seems typical.

Port St. Lucie was where this baseball odyssey all began for Tebow last fall, when the Mets brought the former University of Florida football hero and NFL quarterback - who is now a college analyst for ESPN - in for camp. He went to the Arizona Fall League, came back to Port St. Lucie for spring training, then was off to play for the Columbia Fireflies in the lower-level South Atlantic League to start this season.

Tebow batted .220 in his 64 games with Columbia. He had three home runs - two in his first three games - and 23 RBIs. Some of his numbers were simply bad: he hit .121 when behind in the count, .136 against left-handers, .161 with runners in scoring position and .165 in road ballparks that often were far less than welcoming.

Now, he's moving up to a league where the pitching is markedly better.

He is a marketing dream anywhere, particularly Florida. He's in orange and blue again and wearing No. 15 - just as he did when he was a national title-winning, Heisman Trophy-hoisting quarterback for the Gators. A shirt with his name and number was already for sale on the St. Lucie team website early Tuesday.

Cheryl Arcadi's home is just outside of West Palm Beach, or about 45 minutes by car from Port St. Lucie. She was attending a St. Lucie Mets game for the first time on Tuesday.

"I didn't know they had a summer team until I heard it on the news on Sunday night. I thought they were just there for preseason," said Arcadi, who bought six tickets for family and friends and was even planning to tailgate in the 98-degree late-afternoon heat. "We're Gators. We're a Gator football family. We had to come see this. Tim Tebow has earned our support in whatever he does."

For Tebow's debut, team officials were expecting around 5,000 fans. More workers were brought in to handle the much-bigger-than-usual crowd.

"There'll be people cheering your name in the first inning," Tebow said. "But wait until they have a couple drinks in the seventh inning, they might be booing you. And guess what? I've had a lot of both."

Root for him, root against him, Tebow doesn't mind.

He views baseball as another platform to inspire people, and he's gotten them to turn out in droves - in the minor league sense, anyway.

Columbia's average home attendance for Tebow games was 5,308, a 40 percent increase over what the Fireflies averaged a year ago. St. Lucie came into Tuesday averaging 1,745 fans per game, fifth-best in the FSL. The team's most recent home game on Sunday had an attendance of 789.

All that is about to change.

The big league Mets were playing two hours south in Miami on Tuesday night. It's a short drive, but Tebow knows he's a long way from the majors.

"That would be a great headline," Tebow said. "But it's not something that I focus on."