When a local woman tapped into her retirement savings during the pandemic, it went to the wrong account. It’s an error she feared could cost her thousands in taxes.

Many people had to tap into their retirement savings during the pandemic.

Dulce Jimenez, a personal chef, is among them.

When the pandemic hit, she said she lost most of her clientele. 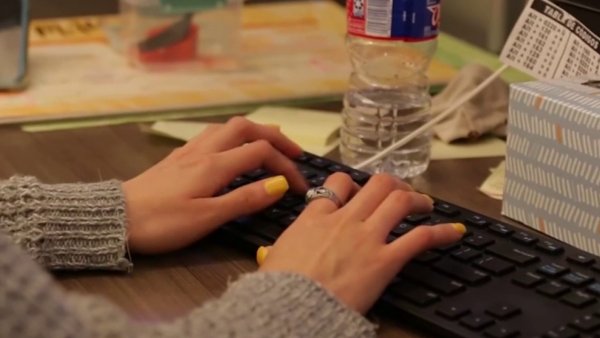 What to Expect If You're Traveling This Summer

“I had five clients, one for every day of the week, all the clients canceled,” Jimenez said.

She said the loss of income forced her to look for a way to stay afloat financially.

In January, she decided to take $105,000 out of her pension plan from a past employer. She said she wanted to keep $25,000 of it and put the remaining $80,521 in a Rollover IRA account with Fidelity Investments.

She said she reopened an old Rollover IRA account over the phone and dropped the check off at a Fidelity office, as instructed by a representative.

“I saw that there was a deposit and I said, yes, my check was deposited,” Jimenez said.

But she soon noticed the money was in the wrong account. She said the money showed up in her Roth IRA account instead of the Rollover IRA account.

She feared this error would cost her thousands in taxes if it wasn’t fixed.

Jimenez says she called Fidelity and asked for the money to be transferred to the right account.

When the error wasn’t fixed a month later, she called NBC 6 Responds for help.

“You called me and the next day the problem was solved. I really couldn’t believe it. That someone took the time to call me,” Jimenez said.

When NBC 6 Responds reached out to Fidelity Investments, a representative told us in a statement, “At Fidelity, we strive to deliver an excellent customer experience, and we regret any frustration that resulted in this case. While we can’t comment on individual customers, this type of matter is rare and we are pleased that it was successfully resolved by our representatives.”

Jimenez said after we reached out to Fidelity, she received a call from a representative notifying her the issue stemmed from an automatic transfer option linked to an old account.

After the issue was fixed, she received a letter from Fidelity apologizing and confirming there will be no tax consequences as a result of the error.

“Sometimes we don’t know what one act of kindness can do for someone and you did that for me,” Jimenez said.