‘We Will Rebuild': Long Road to Recovery Ahead for Louisiana Communities Hit Hard by Ida

Ida made landfall 16 years to the day after Katrina.

Hurricane Ida was among the most powerful hurricanes to slam southeast Louisiana in modern times. It was a test of the $15 billion that were spent fortifying levees, creating flood walls and adding a massive pump station in the area in the aftermath of Hurricane Katrina in 2005.

Ida made landfall 16 years to the day after Katrina.

NBC 6's Cristian Benavides is in New Orleans where Hurricane Ida's strong wings are bringing back memories of Hurricane Katrina in 2005.

Prior to the storm, Bourbon Street in the city’s French Quarter was nearly empty with the exception of a few locals and tourists getting a last minute look.

There was still one restaurant open, which was packed with people looking to get one last meal before Ida struck.

“We missed the stores so we didn’t get to stock up in supplies,” said Leslie Dottery, a tourist.

NBC 6 has team coverage after the Category 4 storm made landfall this weekend in the state, exactly 16 years after Katrina devastated the area.

Hurricane Ida made landfall at 11:55 a.m. near Port Fourchon as a category 4 hurricane with sustained winds of 150 mph, just seven miles shy of a category 5. Buildings were leveled, homes destroyed and there’s widespread flooding in the coast.

“We will rebuild,” a pizza shop owner in New Orleans whose store was badly damaged told us.

Most of Southeast Louisiana woke up without any power. The eight transmission lines that provide power to the city all sustained damage. Officials told residents to be prepared to go without electricity for weeks, perhaps even longer.

As locals attempted to flee the city, some tourists were left stranded. Some hotels without generators began kicking guests out of hotels while there was no cell or internet service.

“We don’t have car, we don’t have hotel, there’s no shelter,” said Nancy Laus, a tourist from Peru who was stranded.

NBC 6's Cristian Benavides is in Louisiana, where some residents could be without power for months.

Outside the city, in some of the hardest hit communities, rescue crews had a hard time reaching those who are in need.

In Laplace, a suburb just outside of New Orleans, some residents had to climb into attics and onto their roofs to be rescued from their homes after water came rushing in.

NBC 6's Cristian Benavides is in LaPlace, Louisiana, where he spoke to residents who now have to rebuild after Hurricane Ida.

“It was coming up to my chest so we went up in the attic,” said Ellen Lovell, who chose to ride out the storm in her home with her husband.

The two spent 10 hours in their attic as water rushed in and cell phone service went out.

There are still over a million customers out of power and Entergy, one of the state’s primary energy providers said it will take days just to assess the scope of the damage done to the power grid.

Areas like Grand Isle and Laffite are still flooded, with survivors stranded for days while in New Orleans metro area lines for gas and supplies are leaving locals in searing heat, as they brace for what’s ahead.

“I’m broken-hearted,” Mrs. Lovell said. “I don’t even know where to start.” 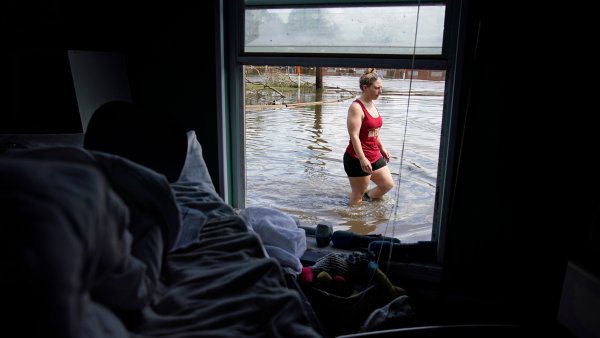 After Ida's Daunting Destruction, Small Signs of Recovery in Louisiana 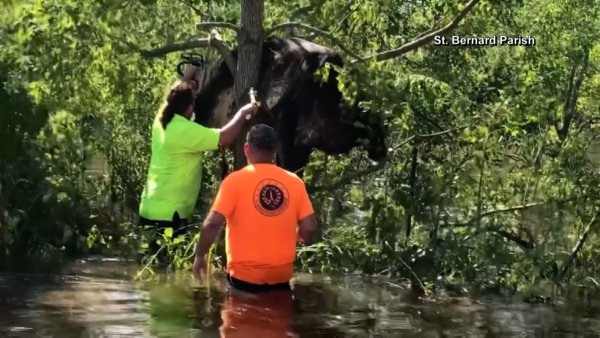