After Stress Tests, Investors Look for Winners and Losers

After the release of the bank stress test results later Thursday, the move toward picking winners and losers in the industry is likely to accelerate.

The process could be critical for a market that has rallied for the past two months less on the conviction of long-term investors and more on short-term trading interests.

While few expect banks to lead the market, the importance of the sector in a bull market has some thinking that the stress tests could serve as a signpost for whichever way stocks move next. 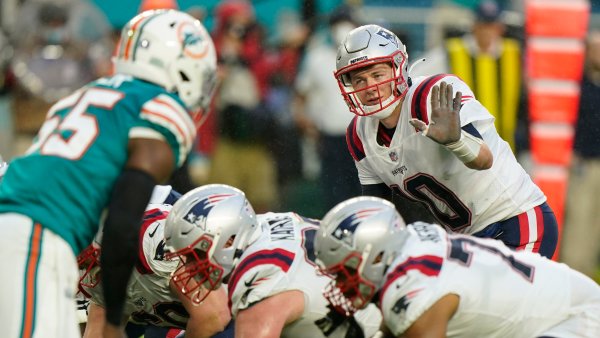 "Financials are going to be a case of the haves and have-nots," says Uri Landesman, head of global growth strategies at ING Investment Management in New York. "You've had a pretty good rally in the have-nots and this probably will be extended. The haves probably haven't rallied enough."

Indeed, even as the government began peeling back the shroud of mystery over the stress tests, the results in the stock market were muddy.

Bank of America (NYSE: BAC), which reportedly will need to close a $34 billion capital cap, was the strongest among bank stocks in Thursday's moribund market.

Conversely, two of the banks that portfolio managers in the past few days have been mentioning as winners in the financials derby, JPMorgan Chase (NYSE: JPM) and Goldman Sachs (NYSE: GS), both moved decidedly lower.

The two banks are seen as being strong because they are in a position to repay Troubled Asset Relief Program money and thus not be constrained by government guidelines regarding executive compensation and other requirements.

"Companies that will emerge from TARP in the investment banking business will be at a real advantage," Landesman says. "You're going to have a huge edge in terms of being able to retain and attract investment talent."

As a group, banks have staged a major rally since the stress testing began, and the buying surged Wednesday after news began to leak on how much capital the banks would need to raise—about $65 billion in all.

But the move was led by companies with big toxic asset burdens like Bank of America and Citigroup (NYSE: C), and is being attributed mostly to the trading of already beaten-down shares.

Now, investors with a longer view of the market will be expected to come in and decide which banks have the most stability going forward.

"Companies with good balance sheets are not the ones that have participated in this rally. It's been the weakest ones that have been participating," says Quincy Krosby, chief investment strategist at The Hartford. "For the market to be viable, to be a positive market longer term and for this rally to have legs, you need more conviction buyers, you need institutional buyers."

To be sure, the rally can't be completely written off as bargain hunting.

Several time-tested Wall Street maxims are coming into play as the market looks to dig its way out of a devastating bear market, and the one being focused on with the leaked stress data centers on how investors hate the unknown.

Even though some of the numbers tied to the various capital-deficient banks were ugly, Wall Street cheered a sense of certainty about what needs to be done and voiced its expectations that at least a good portion of the institutions will be able to meet their capital needs.

"The more information you have, the more transparency you have, that is when you start to see the longer-term buyers coming in," Krosby says. "We think that we've already seen some of that conviction buying."

Still, investors remain generally wary over the market environment, which is another reason the current stock surge has been such a fertile playground for those with a short-term trading mentality.

The surge in the major indexes since the March lows—a time in which the S&P 500 has gained 25 percent—has happened mostly with low trading volume, a condition that sometimes suggests a bear market run.

Also, some with a more bearish slant on the market have criticized the stress tests as too benign because they don't take into account a true worst-case economic scenario. The results, the bears reason, are not to be trusted because of the threat of more economic problems due to continued consumer weakness.

As a result, portfolio managers remain cautious about the investing environment.

"I take all these results with a grain of salt," says Kevin Mahn, portfolio manager for the SmartGrowth mutual funds at Hennion & Walsh in Parsippany, N.J. "I'm concerned about the dilutive effect of these companies having to convert preferred shares to common stock."

Mahn remains pessimistic about the market, holding a position in the ProShares Short S&P 500 (AMEX: SH) ETF that bets on the broad stock index going lower.

"There's a lot of things up in the air right now," he says. "If one of those things goes the wrong way you could see a pullback in the market. I think investors should remain cautious in the second quarter."

With a momentum trade being the main force behind the market's movements, other market pros think it will take time for investors to get and then provide clear guidance as to which financials will be the strongest in the future.

"The market hasn't been terribly discriminating in terms of picking winners and losers. I think it shows the market isn't quite yet to that rational sorting period," says Lee Schultheis, president of AIP Funds in Harrison, N.Y. "Hopefully volatility will settle down a little bit and people will focus more not on which tide we want to jump in but to catch our breath and figure out who the winners and losers are in all the spaces."

For Schultheis, the best bet will be to watch the government.

"Our view has been that you don't bet against the ultimate player in the market, which is the Fed and the Treasury," he says. "They have a potentially unlimited time horizon and a potentially unlimited balance sheet and have shown they're going to do whatever it takes to get us through this period and they're going to err on the side of overkill."

Besides, a pullback in the market can be a good thing for investors.

Many with a longer view have been waiting for an entry point but are afraid of jumping in at the top of such a violent rally and getting bitten by a sharp retracement.