Fred "Jackson" Brown's fifth birthday party was going to be a big event this year, with family members traveling from Texas, North Carolina and other locations to attend the affair in Fredericksburg, Virginia.

But as Jackson's April 2 birthday approached, his parents, Fred and Elizabeth Brown, began to realize that due to the coronavirus pandemic, they wouldn't be able to host the event in person. Instead, they held the party on Zoom. Guests sent presents in the mail and the family put up decorations and made homemade cupcakes to make it feel as normal as possible.

When it came to blowing out the candles, some family members even had their own treats with lit candles on screen to share the experience with Jackson.

Although it was an unusual birthday, Jackson still had a good time. "That's all that we can ask for," Elizabeth, 36, tells CNBC Make It. 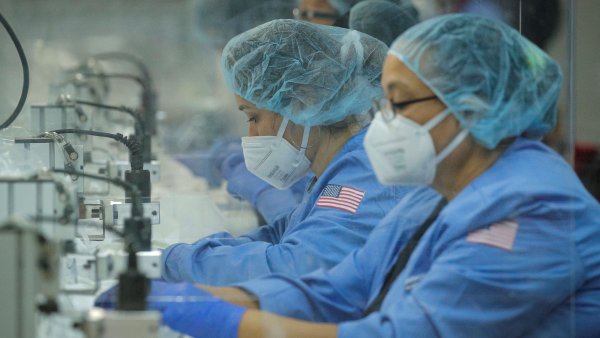 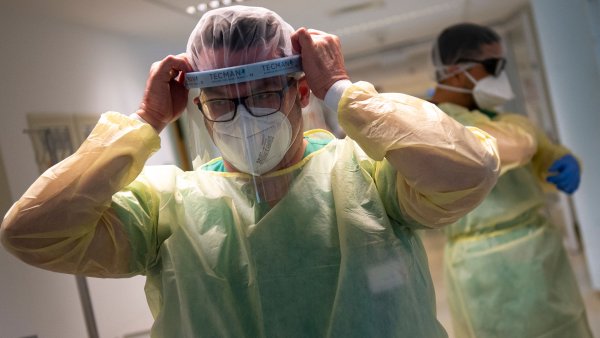 "Instead of opening wrapped presents, he was opening Amazon boxes," Fred, 32, adds with a laugh.

As springtime holidays and events come and go, many others are also finding ways to celebrate virtually, reaching friends, family and community members through video conferencing and social media.

Here's how several people across the U.S. are adapting their traditions and celebrations to life during a pandemic.

How Passover turned into a "Zoomover"

For eight years, Kara Silverman, 36, a partner at communications agency Various & Co, has celebrated Passover by hosting a Seder feast in New York City with her best friend from college, Chad Martin, director of the Northeast region at the Israel Ministry of Tourism. The tradition began in 2012, when the Ohio natives were unable to return home for the holiday. They decided to host a Seder open to anyone who didn't have one they could attend otherwise.

But this year, Silverman and Martin had to hold the event digitally since they couldn't host their friends in person. They opted to have it on Zoom. "We have called it a 'Zoomover' and our event hashtag is #NextYearInPerson," Silverman tells CNBC Make It. A silver lining: The event saw an increase in the number of guests, as distant family and friends were able to tune in too. 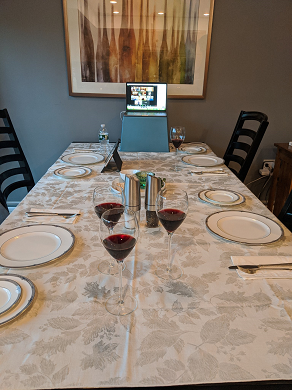 Silverman sets the table at home for her 'Zoomover.' Source: KARA SILVERMAN

Silverman created a list of Seder plate items for guests with substitutions in case they had difficulty finding them at supermarkets or preparing them at home. Martin focused on digitizing the Haggadah, a Jewish text recited at the Seder. He customized it to suit the event and numbered the paragraphs so that guests could participate by taking turns to read from home.

"Passover is one of those holidays that is all about community and all about making do with what you have; reflecting on the past and looking toward the future," Silverman says. "Even though we can't be in person, it's a deeply personal holiday this year."

A similar sentiment is felt by Nurya Parish, 49, a priest at Holy Spirit Episcopal Church in Belmont, Michigan, who celebrated Easter on Sunday. Parish is also executive director and co-founder of Plainsong Farm, a nonprofit organization that seeks to renew religious practice and serve community health.

Typically, Parish's church celebrates Easter with live music and worship services, as well as shared dishes brought by members of the congregation. Last year, the church's children's director, Rhonda Delnick, even brought a baby lamb to the event, Parish says. 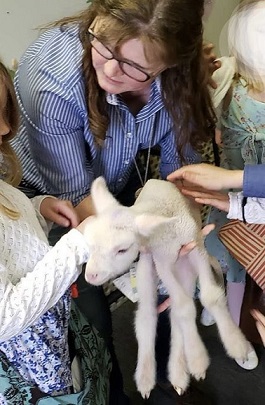 But instead of preparing for the usual festivities this year, the church planned to celebrate Easter entirely virtually. It moved its worship services to Zoom and Facebook Live and coordinated with musicians to perform remotely.

"My hope is for the congregation to hear and realize that Easter does not depend on us getting dressed up and going to church," Parish tells CNBC Make It. "We depend on Easter and its message of hope and resurrection and new life. That message is valid today and valid on Easter Sunday, no matter how we celebrate it."

Outside of Boston, Massachusetts, Phyllis Myung, 43, the next generation director at Highrock Church in Acton, also had to adapt the way her church celebrated Easter to keep safety in mind.

This would have been the first Easter her church would have celebrated in its new building, Myung says. Instead, her congregation met online. "We just [didn't] want to take any kind of chances or risks of anyone getting infected," Myung says.

Highrock Acton streamed its services on YouTube and Facebook, including prerecorded musical performances. Afterward, the church hosted a "virtual carnival" on Zoom from 12:00 p.m. to 8:00 p.m., where community members selected time frames to provide entertainment including games, comedy performances and cooking tutorials.

In the evening, the church hosted a "tiki lounge" for parents and caregivers, giving them a chance to gather with drinks and connect after their kids went to sleep.

Although Ramadan does not start until the evening of April 23, Orlando, Florida, resident Salmah Hack, 36, is already deep into her preparations for the month-long holiday. Hack runs an event coordination and wedding planning business, in addition to her own food blog. She was also a life coach for international students at the University of Central Florida.

Hack helps students get settled in before classes start and introduces them to American and international holidays and traditions, like Ramadan. Usually, she introduces Ramadan to her students by decorating her office with festive signage and preparing small gifts that include chocolate and dates — sweet treats traditionally eaten to break the fast — with a note that explains more about the holiday.

At home, Hack and her children prepare similar gifts for their neighbors each year, as well as making their own decorations and countdown charts together. 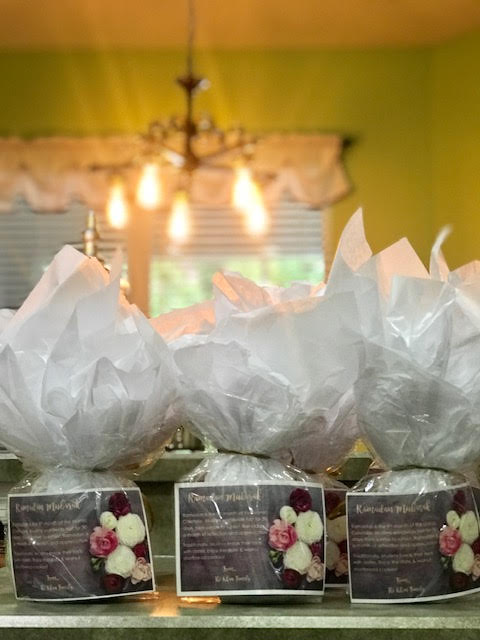 Gifts prepared by Hack and her family for their neighbors for Ramadan 2019. Source: SALMAH HACK

Because Hack can't share Ramadan with her students in person this year, she reaches them through social media. So far, she has made weekly posts with tips to prepare for the holiday. "The internet has been a huge help because it's allowing me to connect, not just with people here in our community, but people outside of Orlando and throughout the U.S. and abroad," Hack says.

Instead of sending gifts to her neighbors, Hack is planning to send them texts or cards instead. And although she won't be able to get together with other families for dinner after breaking fasts this year, Hack hopes to still be able to meet via Zoom or FaceTime.

People are joining "together" to celebrate life

It's not just holidays people are coming together for — they're also finding ways to celebrate life itself.

When Albany, New York, resident Megan Fahy, 39, went in for her fourteenth chemotherapy treatment last month, her doctor surprised her by suggesting that she finish receiving chemo early, opting to instead begin radiation therapy sooner. Fahy received the news around 1 p.m.

By 4 p.m. that day, there was already a social distancing-friendly celebration taking place outside her home. Friends and community members organized a "drive-by" parade, making signs, decorating their cars and driving past Fahy's home to commemorate the end of her aggressive cancer treatment.

"It was really miraculous that they put it together that quickly," Fahy tells CNBC Make It. "They were all blasting music and it made me cry. It was really amazing." 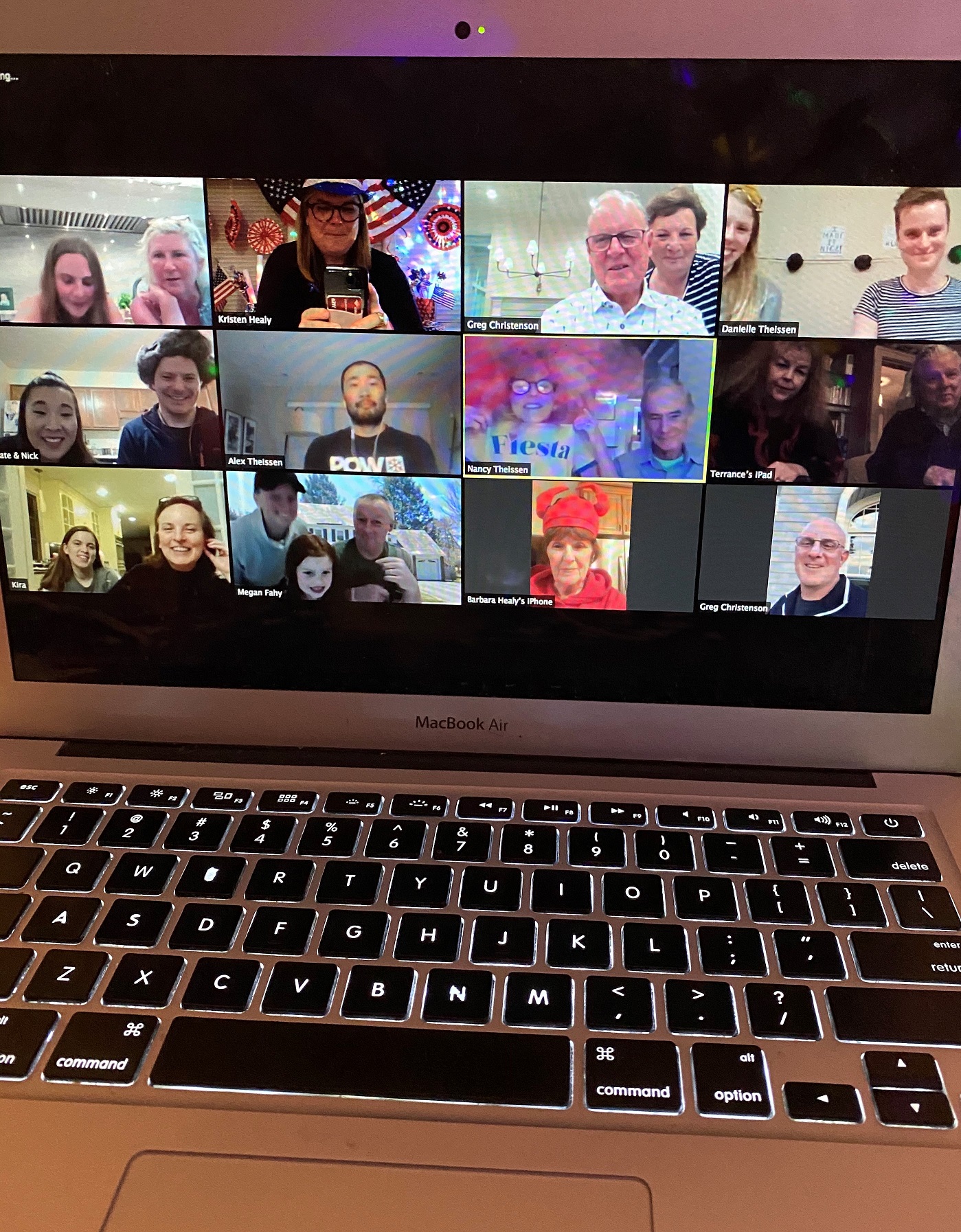 Fahy celebrates an end to chemotherapy treatments with her family on Zoom. Source: KRISTEN HEALY

The following week, Fahy's older sister, Kristen Healy, 47, invited her to a Zoom call with members of their mom's side of the family. But when Fahy joined, she realized it was another celebration: Family members from across states were decked out in fun costumes and holding signs and objects inspired by their memories of her. Some even changed their Zoom backgrounds and played songs that matched their theme.

"It means a lot because there was so much that I wanted to do to celebrate being done with chemo and obviously that all got postponed," Fahy says. "So to see people come together and find a way to do it anyway — especially when everyone's struggling with Covid and how hard it is for each person — it really blew me away that they still found a way to celebrate me."

How social distancing has led some to reconnect with old friends

Others, like Austin, Texas-based Josh Rubin, 41, director of creative strategy for The Daily Dot, are using this time to reconnect with old friends. Rubin recently organized a reunion with members of his college a cappella group, the GW Troubadors — their first in about 20 years.

Rubin posted on Facebook to see if any former members would be interested in having a reunion and within 24 hours, more than 30 people, spanning from the class of 1995 to the class of 2001, said that they were.

Before the reunion, Rubin had each person record themselves singing their part of their alumni song, James Taylor's "That Lonesome Road." He then edited the recordings together and debuted the video during the group call. It was such a such a success that they're already planning their next collaborations.

"It's been 20 years since I've seen most of these folks," Rubin says. "There was nostalgia: remembering things that I haven't thought about in almost two decades, immediately flipping back into the same kind of patterns and relationships we had in college.

"It was some of the most fun I had since this whole thing has started."

Don't miss: 'You're going to annoy each other more than normal': 3 couples on how they're working from home together