Inmate at Otay Mesa Detention in California center says more than 100 detainees, and dozens of employees sick with COVID-19

Detained migrants inside Otay Mesa Detention Center say the federal government is underestimating the scope of the COVID-19 outbreak inside.

As of April 28, the Immigration and Customs Enforcement (ICE) website lists 84 cases of inmates who have contracted the deadly virus. Those inside the immigration detention center, however, paint a much different picture, telling NBC 7 Investigates more than 100 inmates and dozens of employees have tested positive.

“It’s more than 100 as of today, from what I have seen,” detainee Anthony Alexandre told NBC 7 during an April 28 phone call. Alexandre and advocacy groups say guards provide inmates daily updates on the total number of positive cases, and that’s how he knows the figure.

Alexandre, who has been incarcerated at Otay Mesa since February 7, says panic inside the detention center is now at a fever pitch. 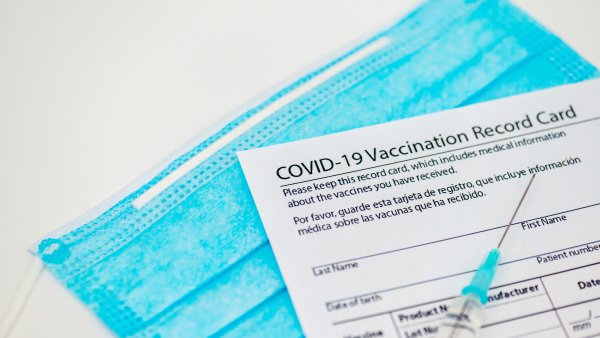 Has the Spread of COVID-19 Peaked in the U.S.? What Future COVID Spread Could Look Like 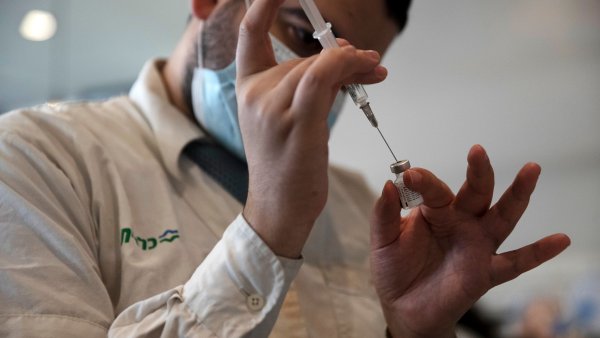 Israel Says US Booster Plan Supports Its Own Aggressive Push

Guards have responded, said Alexandre, by placing detention center inmates into larger groups or “housing pods,” placing hundreds of other detainees at risk.

“They are so desperate in Otay Mesa they have to combine these pods together,” Alexandre told NBC 7 during a phone interview from inside the facility.

Alexandre, a native of Haiti who came to the United States in 1990, says he is one of four others who are now on their twelfth day of a hunger strike to protest the conditions inside the center.

Alexandre says the solution is simple: release the detainees inside to their families.

In recent weeks, as reported by NBC 7, detainees inside the facility as well as the American Civil Liberties Union have filed federal lawsuits against the government for placing detainees at risk.

And as the virus spreads inside the detention facitlity, other detainees are asking the courts to step in. On April 28, two detainees, both of which suffer from mental illness and are in their mid-60's, filed petitions to compel the government to release them due to the coronavirus outbreak inside the facility. The petitions allege the outbreak inside is far worse than what has been reported and that 25 employees.

As for the numbers that ICE has listed on their website, Alexandre said they are inaccurate. “There are more detainees that are sick here. We need to be let go. To be home with our family.”

In a statement to NBC 7, a spokesperson for Core Civic, the private prison contractor that operates the federal facility says Core Civic is “working closely with [its] partners at Immigration and Customs Enforcement (ICE), U.S. Marshals Service (USMS), and ICE Health Services Corps (IHSC), which provides the healthcare at the facility, to ensure the health and safety of everyone at the Otay Mesa Detention Center”

The spokesperson told NBC 7 that 17 CoreCivic employees have since tested positive, nine more than what was listed on the ICE website at the time of NBC 7’s questioning, however less than what the petitions from the two detainees allege.

An ICE spokesperson told NBC 7 that the agency’s website is accurate.

“One of U.S. Immigration and Customs Enforcement’s (ICE) highest priority is the health and safety of those in our custody,” said ICE spokesperson, Lauren Mack.

Mack added that ICE ensures that safety by, “suspending social visitation, incorporating social distancing practices with staggered meals and recreation times, and through the use of cohorting and isolation of new admissions into the detention network for 14 days before placing them into general population.”