When Can Grandparents See Grandkids After Getting a COVID-19 Vaccine?

Grandparents will be more protected once they receive two doses of a COVID-19 vaccine, but families should still take precautions

For much of the past year, families have been separated due to risks of spreading the coronavirus. Yet as the COVID-19 vaccines continue to roll out to those 65 and older in some states, families are wondering: Is it safe to let grandparents see their grandchildren again?

Not so fast: Experts still advise caution since young kids won't be able to get vaccinated until ongoing clinical trials confirm the vaccine is safe and effective in children.

"Those grandkids, even though they'd be less likely to get sick, they could be carrying the virus," said Dr. Scott Weisenberg, an infectious disease specialist at NYU Langone in New York. "They're certainly not going to be vaccinated for quite a while. We don't even have the trials started for young kids. So even though grandparents (who are fully vaccinated) may be 95% less likely to get sick and certainly less likely to end up critically ill, there's still going to be that chance, (especially) when the virus is spreading in the community."

Dr. David Buchholz, the senior founding medical director for primary care at the Columbia University Irving Medical Center in New York, pointed out that young children are "notorious" for carrying the virus, but not showing symptoms. Older grandchildren will be able to receive the vaccine sooner than children under the age of 16, but that still won't be an option until vaccines are available to the wider population, and until then, teenagers and young adults who may not get seriously sick from the virus could still carry it. 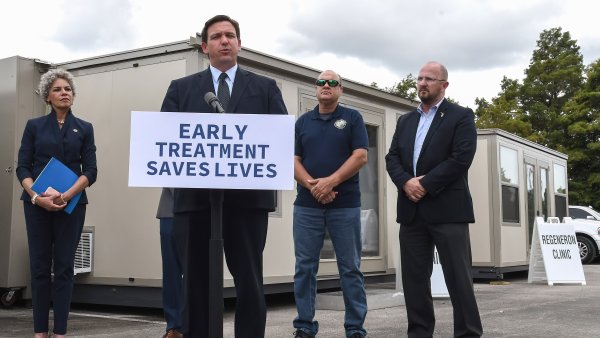 "Once the vulnerable and seniors have been immunized, that will change the dynamic, but the fact is that we know ... when colleges reopened and college kids came back onto campuses, you saw an increase in illnesses and deaths, not so much among (college kids), but really among the older people in those communities," said Dr. Chris Beyrer, a professor of epidemiology at the Johns Hopkins Bloomberg School of Public Health in Baltimore, Maryland. "So we do have to remain vigilant."

Dr. Colleen Kelley, an associate professor of infectious diseases at Emory University School of Medicine in Atlanta, Georgia who is involved with the Moderna and Novavax vaccine clinical trials, said it would be much safer for multiple generations to gather as the amount of virus transmission in the country declines.

"It all depends on what's going on in the community," she said. "Is community transmission very high or has it gotten down to lower levels? In the kind of risk-benefit ratio, there won't ever be zero risk, but it (would be) much much safer than it was before."

What precautions should be taken?

It's important to note that individuals will not have the full immunity a COVID-19 vaccine provides until after receiving their second shot. Families who do decide to gather with older relatives at that point should take precautions similar to the ones that public health experts have recommended since early in the pandemic. Masking and social distancing will likely continue to be important for at least the next year as the pandemic subsides and vaccines are distributed.

"I think we will gradually be able to begin loosening some restrictions, but ... try to keep the ones that are probably the most important still in place," said Dr. Anne Liu, clinical associate professor of infectious diseases at Stanford Health Care in California. "The vaccine reduces the chances of getting a virus, but the risk is not entirely limited."

Other interventions, like only gathering in small groups and spending time outdoors or in a well-ventilated space, can help reduce the risk.

"It's probably safe to (gather) with two or three people," said Buchholz.

However, other interventions like testing and symptom checks may not be helpful in all situations: Tests can give incorrect results or not pick up an infection in its early stages, and Buchholz said that a lot of current cases are asymptomatic.

"It's gotten to the point where we know that about half the people with the virus are showing symptoms," he said. "That means there are 10 to 14 days where someone can potentially be spreading the virus after getting infected, so all of those things we're doing like taking people's temperatures and doing screenings can really miss 50% of the people who have actually contracted the virus."

What about grandparents in long-term care facilities?

Throughout the pandemic, most residents of long-term care facilities have been extremely isolated. While those groups were among the first to be vaccinated, it's unlikely that the doors will be thrown open all at once.

"This doesn't mean that you can go charging into a grandparents' skilled nursing home without a mask and spend lots of time indoors," said Liu.

Weisenberg said that changes to restrictions would likely depend on community transmission.

"The risk of transmission will be a lot lower once the amount of virus in the community goes down," he said. "If you're in California right now, you probably wouldn't want to do that, even if (people are) vaccinated, just because there's so much disease. If you were in New Zealand, you could do that."