‘Very, Very Challenging': FIU's Dr. Marty Reflects on One Year of Lessons From the Pandemic

It didn’t take long for Dr. Aileen Marty, an infectious disease specialist and epidemiologist at Florida International University, to sound the alarm about the coronavirus

It didn’t take long for Dr. Aileen Marty, an infectious disease specialist and epidemiologist at Florida International University, to sound the alarm about the coronavirus.

There were just 57 coronavirus cases confirmed in the United States in late February when she told NBC 6 from a Washington hotel room: “Let people know that this is definitely coming.”

Still, her decades of experience told her an all-of-government effort to identify and isolate the infected and their close contacts could still work. 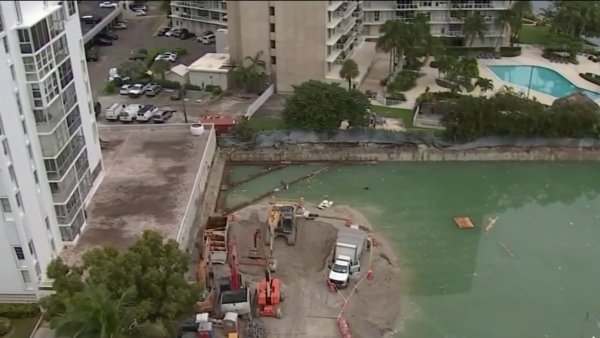 “It’s still possible to get our arms around this,” she told NBC 6 then.

One year later, she said it did not happen.

“Yeah, we could have,” she said with some resignation, adding that “we didn’t have the kind of international cooperation that we needed, we didn’t have enough leaders in the world understanding that it’s much, much better to do things right the first time, take a forceful view the first time.”

Florida did get some things right, she said, noting that on March 13th, Florida Gov. Ron DeSantis restricted access to long-term care facilities at a time when Florida had only 50 cases.

“I don’t want people going into these assisted living facilities,” DeSantis said at the time. “If you’re not part of that community, it’s just not worth the risk.”

“That was a really crucial, positive move,” Marty said, noting that it protected the most vulnerable.

“It was good to open schools,” she said. “It’s necessary for the children under the conditions in which we opened them, where we were extremely cautious, where there was physical distancing, where there was the use of the masks.”

Other times, though, leaders failed, and one in particular stood out to Dr. Marty.

“The biggest surprise to me was how the previous president handled it,” she said. “I was extremely disappointed that there was a move to deceive and not actually take the action that would not only reduce disease, morbidity, death, but actions that ultimately help the economy.”

On April 3, with 9,585 cases in Florida, former President Donald Trump muddled the message on masks.

He also assured the nation the virus would magically disappear, whether by Easter, with warmer weather or with the help of unproven medication.

“This concept that you could hide it under the rug led to us being number one in cases and death throughout the world which is just unbelievable,” Marty said.

Like the former president, DeSantis also downplayed the virus at times, including during a summer rise in positivity rates after he relaxed restrictions.

On June 12, with 70,971 Florida cases confirmed, DeSantis said of some of the newly infected “the good thing about these are people in low-risk groups, so almost none of them end up hospitalized.”

It turned out, many did.

“That led to the horrific situation we had here in June and July,” Marty recalled, as hospitals and intensive care units filled up. “It was an astronomical rise in cases.”

Boosted, as well, by street protests against police killings, Florida would soon average more than 200 deaths a day for nearly three weeks in late July and early August.

By July 30, with 461,379 cases in his state, a seemingly chastened, somber DeSantis acknowledged the death toll.

“I know the last few months have been difficult,” he said, rolling out a new slogan for his campaign against the virus. “Some have lost a loved one. That’s painful.”

He could not know it then, but on that day 235 Floridians would die from COVID-19, the second-largest one-day body count of the pandemic according to state data.

By then, the toll had reached 9,057 dead Floridians.

By now, about 32,000 have died, an unknown number of them, Marty said, unnecessarily.

“Absolutely it could have been less. It could’ve been less if we had decided to take more aggressive action sooner,” she said.

Or, she said, if leaders did not heed the advice of people pushing a strategy of herd immunity, which was touted by advisers DeSantis lined up for a Sept. 24 video conference.

“He handpicked people who said what he wanted them to say, as opposed to looking at the broader in-depth knowledge of experts in the field,” Marty said.

The next day, DeSantis essentially reopened the state, which by then had seen just under 700,000 cases and more than 16,000 COVID-related deaths.

Six months later, that death toll will have doubled, as DeSantis continued to tout open bars and restaurants and no mask mandates and said he would not tell Floridians not to gather with family over Thanksgiving and Christmas holidays.

Families and others did gather and, and the number of cases increased again, as experts predicted.

“Six weeks later, we saw another huge spike up and it was very, very challenging,” Dr. Marty said.

In January 2021, 172 Floridians died each day on average, more than the daily averages for July or August.

By some measures, during some periods of the pandemic, Florida did better or as well as states that had more stringent restrictions. At other times, it was among the worst. But experts say there are too many variables to make a simplistic comparison between states based on government measures alone.

As scientists celebrate the rapid development of safe and highly effective vaccines, they also recognize some lessons learned.

“We have learned some intricacies about the immune system,” Marty said. “We’ve learned other ways in which the virus gets into our body. We’ve learned, for example, the value of a mask.”

And seen how leaders can protect both lives and the economy.

“There are things we could have done to open the economy even sooner, if we had insisted on the use of other public health measures, such the distance and masks while you have an open economy.”

Governor DeSantis’ office did not directly address criticism of his handling of the virus and declined our request for an interview.

In a statement, a spokesperson said that “thanks to the Governor’s ongoing commitment during the COVID-19 public health emergency to protect our most vulnerable while safeguarding the right to earn a living and the right to operate a business, as well offer families the choice to keep their kids in school, the Governor has been able to lift Floridians up instead of locking our state down.”

She went on to cite the state’s vaccination, education and economic plans in response to the pandemic, among other things.