The barber says he’s grateful to officially get back to work, but he’s worried his business and the industry are going to take some time to bounce back.

Daniel Liriano received some negative and positive feedback for trying to reopen Lion Style Barbershop & Salon while under an emergency order, but on Monday he was able to legally reopen. 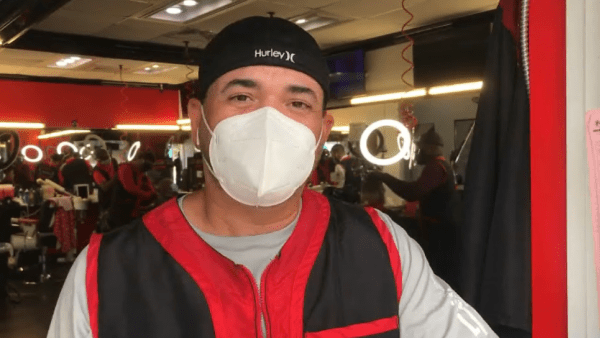 Liriano has resumed seeing his regular clients in a limited capacity at his Miramar business on Monday, but he had some controversy the past couple of weeks.

“I had to do something. I had to open up my business. I was just trying to bring some food to my guys' tables,” said Liriano.

With his business struggling and clients calling, Liriano says he didn’t want his employees doing risky at-home services. For that reason, he says he defied emergency orders and tried to open up before he was allowed to do so.

He paid citations, but then he says officials warned they were going to go after his license.

“I cleaned up the place and we opened up and we took all the precautions ready to go to work, but then the city came and at first they gave me citations, but then they were trying to give them citations, so that’s when I said, no, I’m not gonna go on and do this anymore,” said Liriano.

Of all disruptions brought on by coronavirus, one has been getting a lot of attention: there have been calls to get hair salons and barbershops to reopen. NBC 6's Tony Pipitone reports.

As part of the new guidelines for re-opening, Liriano is taking strict sanitary measures wearing masks and face shields, wearing gloves, disinfecting stations before and after each appointment, and taking clients’ temperatures before they come in.

The barber says he’s grateful to officially get back to work, but he’s worried his business and the industry are going to take some time to bounce back.

“An impact. We don’t even know what the impact is gonna be. This is like a storm. Right now we are in a hurricane and we’re coming out of the hurricane. But then comes the aftermath,” said Liriano.

Liriano says he is also preparing to file a lawsuit against the state and local governments, including the City of Miramar and Broward County. He argues they violated his constitutional rights to property and believes he should get compensation for the government forcing him to close.