All things animals in South Florida and beyond
bald eagles

A pair of bald eagles have successfully hatched another egg in Miami-Dade, just days after hatching two at the beginning of the new year.

"As if following the script of a movie, their first egg hatched on New Year’s Day and this third egg has hatched on Three Kings Day!!!" Zoo Miami's Ron Magill said in a statement Thursday.

This third chick is "much weaker than its siblings," Magill said, but he hopes it will overcome the challenges ahead and will survive.

"Hopefully, these three chicks will indeed grow to be royalty," Magill said.

A Guide to Sensible Snacking For Pets 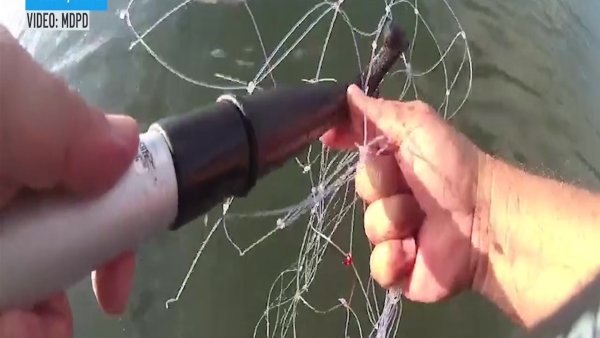 Last year, the same pair of bald eagles — named after Magill and his wife Rita — built a nest and laid three eggs atop an artificial platform constructed in Miami-Dade.

Magill and his wife have been keeping a close eye on the nest via live steam, waiting for the eggs to hatch. The first egg hatched on New Year's Day, and the second hatched the day after.