The attorney representing the estate of Miami Marlins star Jose Fernandez is responding to lawsuits filed by the families of two men who were killed in a boat crash with the pitcher.

Ralph Fernandez, the attorney representing the Fernandez estate, says he speaks for Jose's mom. He does not wish to comment on the merits of the lawsuits, but is confident that the final investigation report will dispel any misconceptions.

Fernandez says the 24-year-old Marlins pitcher was an expectant father, making this case even more difficult.

‘It Was Very Traumatic': Shooting at Aventura Mall Sends Shoppers Running for Cover 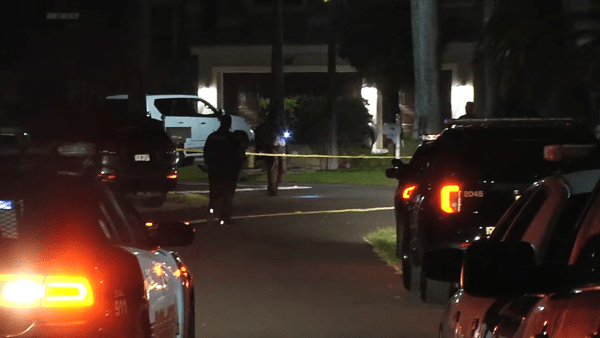 Three Injured in Shooting at House Party in Miramar

"I was extremely disappointed with the timing given that Mariah is about to have the baby and she did not need to have any additional medical tension," he told NBC 6 Sunday.

The pitcher died back in September after his boat crashed into a jetty just off of Miami Beach. Eduardo Rivero, 25, and 27-year-old Emilio Macias were also on board and died. Now the families of the two men are suing the Jose Fernandez estate, both seeking $2 million.

"He had insurance on the boat and the attorney has made a decision not to accept a tender of $1 million and to demand in excess of what could be in the estate. Which means that Jose Fernandez's little girl would have nothing," Fernandez said.

What remains unclear is whether or not Fernandez was driving the boat. Ralph Fernandez is confident the official crash investigation will support their position that Jose was not driving the boat at the time of the crash.

"That is something that will probably be resolved at the time that the homicide report is finally published," Fernandez said.

Fernandez said they have been in a holding pattering waiting for that report which would allow them to address the findings which will support their position. NBC 6 reached out to Christopher Royer, the attorney representing the families of Rivero and Macias, but hasn't heard back.