The sign outside a pet store in Pembroke Pines reads "Teacups Puppies and Boutique."

On the side of their mobile grooming truck you can read their website teacupspuppies.com. But according to the owner of the store, located at 9003 Taft Street, clients are confusing them with another place that opened up in Oakland Park called "Teacup Puppies Store" and "Puppy Collection."

Teacups, Puppies and Boutique sales associate Roxanne Martucci says "people have called to complain about their dogs saying they're sick." 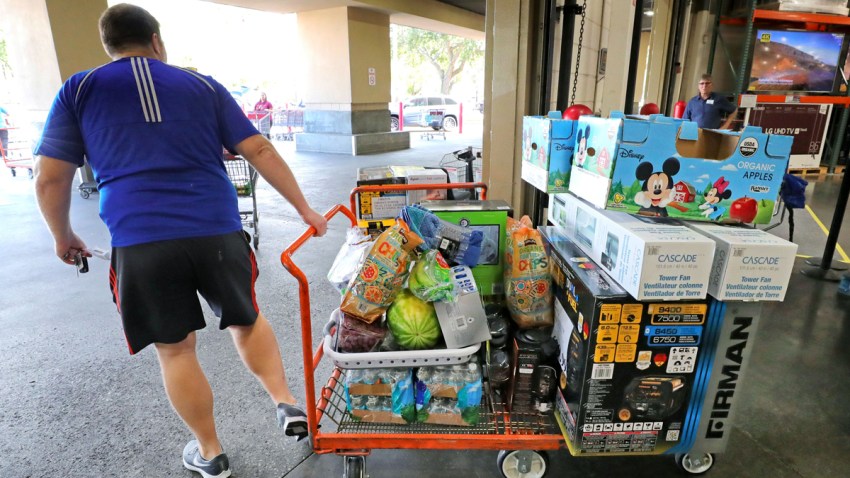 Where to Find Food Distributions Happening This Week in South Florida

She says the callers tell them a gentleman took care of them and she explains "we don't have any gentleman here; so obviously you have the wrong store."

Anderson, formerly the owner of the Wizard of Claws was featured in an NBC 6 investigation three years ago when he was sued by the Florida Attorney General for allegedly lying to clients about the condition of the dogs he was selling.

But now his competitor, Teacups, Puppies and Boutique claims he is purposely trying to divert traffic to his business by opening up a website called teacuppuppiesboutique.com which links to his other site teacuppuppiesstore.com. Anderson's attorney says the terms are generic and the lawsuit has no merit.

Long-term clients of Teacups, Puppies and Boutique say imitation is the best form of flattery.

Client Gladys Sznajderman says "it would be very tempting for somebody that is not willing to do the right thing to copy such a wonderful branding."

Anderson chose not to speak to NBC 6 on Tuesday.

Instead, an employee called the cops when we arrived at the store located at 4001 N. Federal Highway. His attorney said his client now has to report to the Attorney General exactly where he gets his dogs.  When asked about a complaint that a puppy Anderson recently sold was sick, his attorney said sometimes dogs get sick but it doesn't happen often.