As coronavirus cases skyrocket, daily life is looking very different in the Sunshine State, where many popular beaches are shuttered, residents and tourists can be fined for not wearing masks, and bars across the state aren't allowed to pour liquor to toast the carefree days of summer.

The state Department of Health on Sunday reported 12,478 new confirmed cases of the coronavirus and 87 more deaths. Overall, there have been nearly 350,047 cases, resulting in more than 5,000 deaths.

Florida recently closed bars again because customers weren’t wearing masks or practicing social distancing. Miami-Dade County again recently prohibited restaurants from having indoor seating and Broward County, home to Fort Lauderdale, announced a two-week curfew Friday that bans most people from being outside from 11 p.m. to 5 a.m. and an order limiting private gatherings, indoor or outdoor, to no more than 10 people. 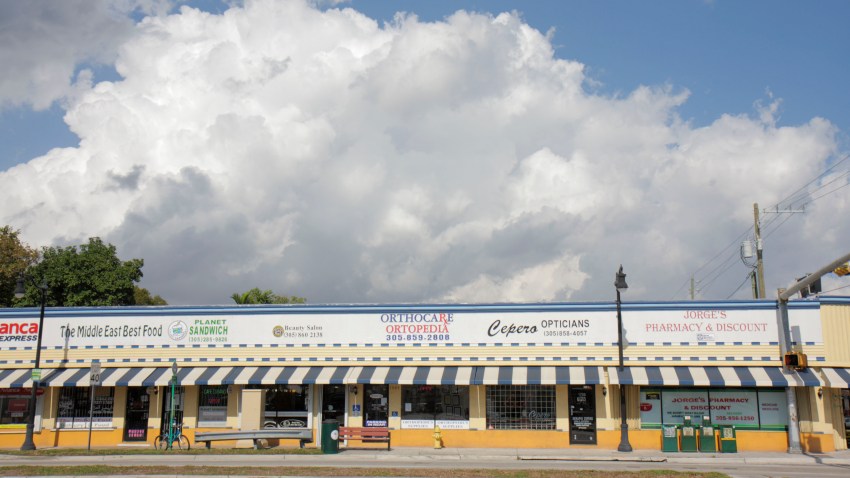 Here's Who Benefited From Pandemic Relief in South Florida

“It’s a near guarantee it’s going to get worse unless we do something very dramatic to flatten the curve because we’re heading into flu season,” said Dr. Dena Grayson, an infectious disease researcher and former Florida Democratic congressional candidate.

The coronavirus has tapped out intensive care units of some hospitals around the state, and hospitalizations continue to rise, though not quite as steeply as on some days during the past week. As of Sunday, there were more than 9,290 hospitalizations, compared with more than 9,100 on Saturday. Hospitals in Miami, Tampa, Orlando and Jacksonville have reported recent surges and a critical shortage of the antiviral remdesivir.

Critics have complained that Gov. Ron DeSantis has not mandated a statewide mask ordinance as cases rise. The Republican governor has repeatedly said policies in hard-hit South Florida might not make sense in the Panhandle, where the infection rate is lower.

“One area where I think we all could have improved on is to sort of come up with a concise message that everyone is putting out there as opposed to some of the conflicting messages. And I think everyone has shared blame in that,” he told CBS4’s Facing South Florida this weekend.

“Instead, we’ve seen a lot of these things turned into sort of a partisan fight or a political statement about whether you’re going to wear a mask or not wear a mask and that sort of thing.”

The criticism has increased as the state’s hardest hit areas are ramping up restrictions, doubling down on mask use and instituting curfews to help reduce the spread.

The Miami-Dade County Commission recently approved an emergency order that gives code and fire inspectors authority to issue tickets of up to $100 for individuals and $500 for businesses that don’t comply with restrictions.

This summer looks completely different for Dena Drost and her 7- and 5-year-old daughters. Normally, she'd be at work and they'd be at summer camp.

But the 33-year-old marketing director for a restaurant brand has been out of works for more than three months. Her company says she'll have a job to return to as soon as they can safely reopen. But she's fearful what that might look like as Florida's cases continue to rise.

The mall and other spots around her home in Wellington are open, but Drost rarely takes them out, saying “we are at home trying to leave as little possible.”

She's relieved that the girls only complain once a week about all the changes the virus has meant for school, camp and their social interactions. She said she feels anxiety “on a daily basis” and fears she won't be able to protect her children from the virus.

“I feel angry that DeSantis only cares about Trump and is willfully ignorant when it comes to the virus,” she said. “I think there's no excuse for 5,000 dead Floridians.”

Normally, Potions in Motions catering and event company would be in high gear with summer weddings, graduations and corporate events, averaging 25 to 35 a week at their peak and serving 2,000 to 3,000 people.

But this summer, with South Florida’s three counties imposing various restrictions on group gatherings, they’re down to “micro-events,” averaging two to five a week with 8 to 15 people. They’ve had to cut most of their staff. At peak season, they have 65, but are now down to six.

“We’re trying to just stay alive and keep as many people employed,” the company’s founder Jason Savino said. “They’re making so many restrictions by county. You can’t even have a gathering of more than 10 people in your house.”

He understands the need to make changes to curb the spread of the virus, but worries about the economic impact.

“The dialing back scares me,” he said. “There’s no support coming from any government or anywhere that are accommodating these businesses that are being ordered to dial their business back.”