The collapse killed at least 22 people and left 126 unaccounted for. No one has been rescued since the first hours after the collapse

Crews continue to sift through the rubble after the partial collapse of the 12-story Champlain Towers South condominium more than a week ago, as the death toll from the tragedy in Surfside reached 22, officials said Friday.

On Friday, about a dozen workers could also be seen digging through the pile that now reached about 20 feet, more than 10 feet less than it was a week ago. Cranes were again lifting heavy objects from the pile and then workers would climb into the pile and begin removing smaller rubble by hand. 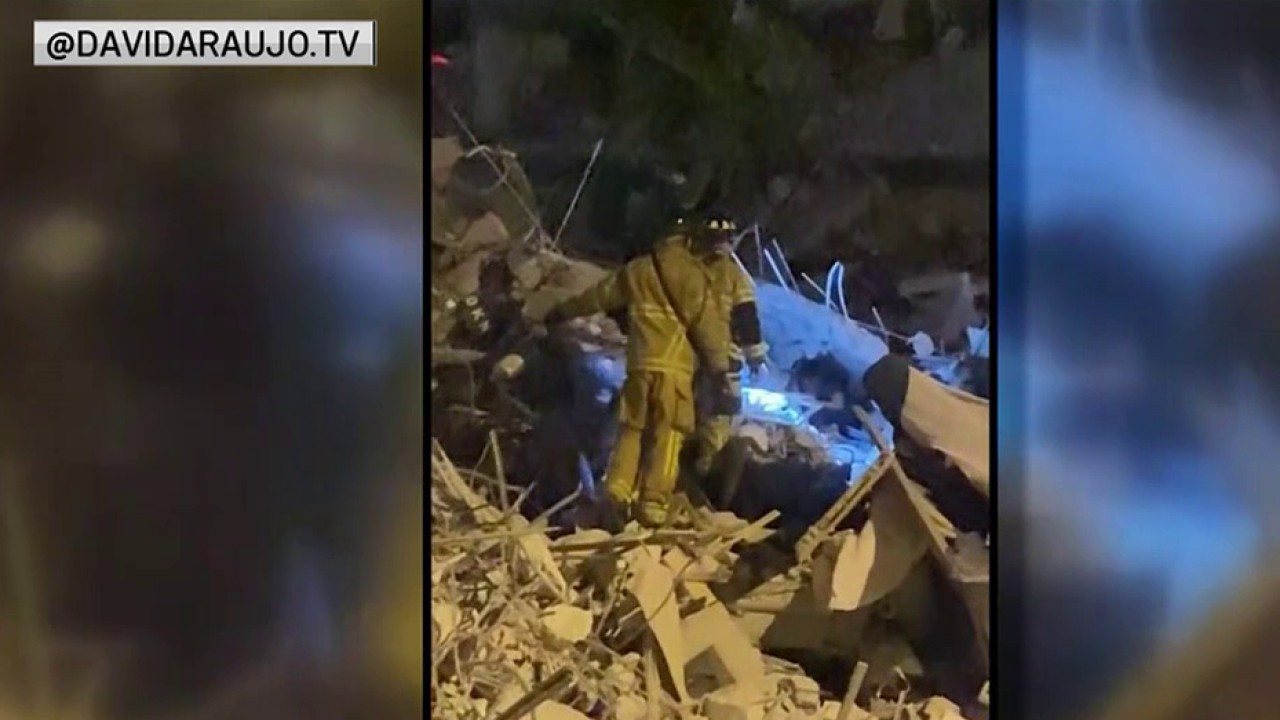 One of the new deaths was the 7-year-old daughter of a City of Miami firefighter, officials said.

"It goes without saying that every night since this last Wednesday has been immensely difficult for everybody," Levine Cava said. "But last night was uniquely different, it was truly different and more difficult for our first responders."

Crews continue to sift through the rubble after the partial collapse of the 12-story Champlain Towers South condominium more than a week ago. NBC 6's Willard Shepard reports

The tally of the unaccounted for was substantially reduced Friday, from 145 to 126, after duplicate names were eliminated and some people reported missing turned up safe, Levine Cava said. She said the number of missing declined following an audit and explained that in some cases, one person may have been moved to the “accounted for” list when, in fact, an entire family had been found to be safe.

No one has been rescued since the first hours after the collapse.

Meanwhile, Levine Cava announced Friday that she signed an emergency order to demolish the remaining building once engineers are ready. It could take weeks, she added.

The plans were revealed Thursday after concerns about the structure's instability prompted a 15-hour halt to the search for survivors early Thursday.

In the shadows of the now-collapsed condominium building, a local church is now opening its doors to everyone, regardless of faith or denomination. NBC 6's Paxton Boyd reports

After rescue efforts resumed Thursday evening, officials said they had started planning for the likely demolition of the remaining structure.

Scott Nacheman, a FEMA structures specialist, said engineers are looking at different methods for the demolition and how to proceed "to make the site safe for ongoing rescue operations."

He said if the building comes down, there initially will be a slowdown in the rescue operation.

But he said the demolition of the structure would create a safer working environment that could allow more personnel on the site and accelerate the pace of the work.

Levine Cava said the decision about the demolition needs to be made “extremely carefully and methodically,” considering the potential impact on the pile of debris and the effect on the search.