DeSantis is expected to begin laying out his plans this week

Florida Gov. Ron DeSantis said Monday the state will reopen from the coronavirus economic shutdown in “baby steps” and that its regions could reopen at different times and rates.

The governor said that for most people, the reopening's first phase will not be much different than what they are experiencing now with schools and nonessential businesses closed and people being encouraged to stay home. He is expected to begin laying out his plans this week as he reviews recommendations from a task force he appointed that looked at reopening various aspects of the economy.

“Phase One is a baby step,” DeSantis said during a news conference at Tampa General Hospital. “We are deliberately going to be very methodical, slow and data-driven on this because I think people want to have confidence things are going in a good direction." He said a slow approach would also give the state an opportunity to step in to handle any spikes in the disease that might occur. 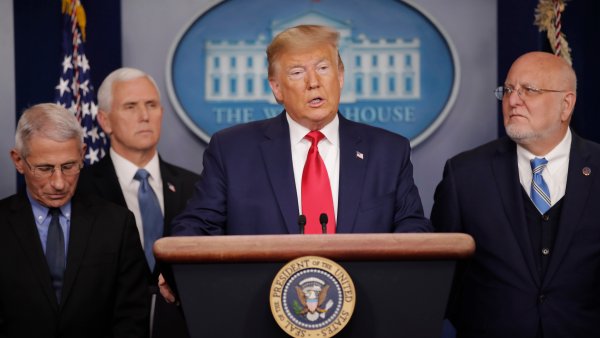 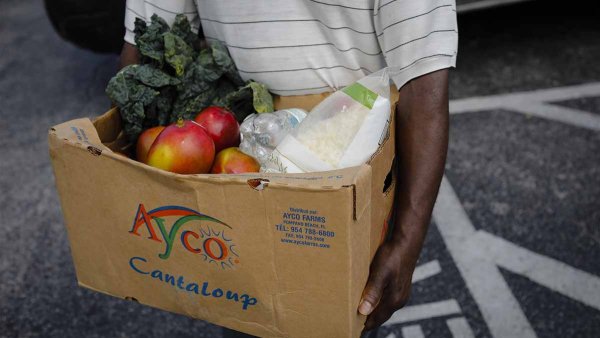 Where to Find Food Distribution Locations in South Florida

The Republican governor said while Miami-Dade County and the rest of South Florida have had fewer per-capita confirmed infections than many parts of the country, they do have the highest rate in Florida. That means it is likely that area will open more slowly than other parts like Tampa Bay, which have had a lower infection rate, he said.

Miami-Dade, Broward and Palm Beach counties had different exposure levels because in January and February they received thousands of travelers from the heavily infected New York City area and they have highly used cruise ship ports.

There were some signs of stirring in South Florida on Monday. In Key West, beaches were reopened to residents although the Florida Keys remain closed to visitors.

Miami-Dade , Broward and Palm Beach announced plans to reopen parks, waterways and golf courses on Wednesday. All will reopen with heavy restrictions.

“It is really a different ballgame when you compare southeast Florida to the rest” of the state, DeSantis said. “Pretty much the rest of the state has really handled this very well. There has never been even close to a stress on capacity of health care resources.”

The state police chiefs association last week warned against a regional approach to reopening and called for a statewide plan, telling the task force its members fear Floridians would travel to less restrictive areas and potentially overwhelm those areas' law enforcement. Others, including the chief of the state's business licensing division, said a regional approach would be preferable.

As of Monday morning, there have been more than 32,000 patients confirmed with COVID-19 in Florida since the beginning of March and nearly 1,100 deaths.

Miami-Dade and Broward Continue to Be the hardest hit areas of the state, with more than 16,000 coronavirus cases combined.

Florida Democrats on Monday criticized DeSantis' handling of the crisis, saying he stacked his task force with business leaders and Republicans. They say he should have included doctors on its executive committee and gotten input from workers. They said DeSantis has remained in lockstep with President Donald Trump, his close ally, and has been more concerned about the economy than health care.

“President Donald Trump has been absolutely chaotic in his response to the coronavirus pandemic from the beginning to today and, very sadly for us in Florida, Gov. Ron DeSantis has been following his lead every step of the way," state party Chair Terrie Rizzo said on a conference call.

Dr. Bernard Ashby, a South Florida cardiologist, said on the Democrats' call that DeSantis and the Republicans should have treated the pandemic as a war and convened panels of medical experts from the beginning.

“During the course of a war you don't put together an economic panel, you put together generals to deal with the enemy,” he said. “That shows where are priorities are.”