Nestor Aristiguieta, who was admitted to the hospital for issues from a kidney transplant, was later tested positive for coronavirus.

A family is mourning the loss of their father who died this month after he tested positive for having COVID-19 while at the hospital, but that wasn't why he was there in the first place.

Nestor Aristiguieta, 58, received a kidney transplant from Jackson Memorial Hospital in early June. He was given 20-30 more years to live.

While recovering at home, Maria Aristiguieta, Nestor’s daughter, said the family received a call from the hospital on June 26.

“He had to come back to the hospital for observation,” Maria Aristiguieta said.

She said they brought her father back her to Jackson Memorial and that is when he tested positive for COVID-19.

“It was the last thing that my dad needed at the time with what he was going through,” she said. 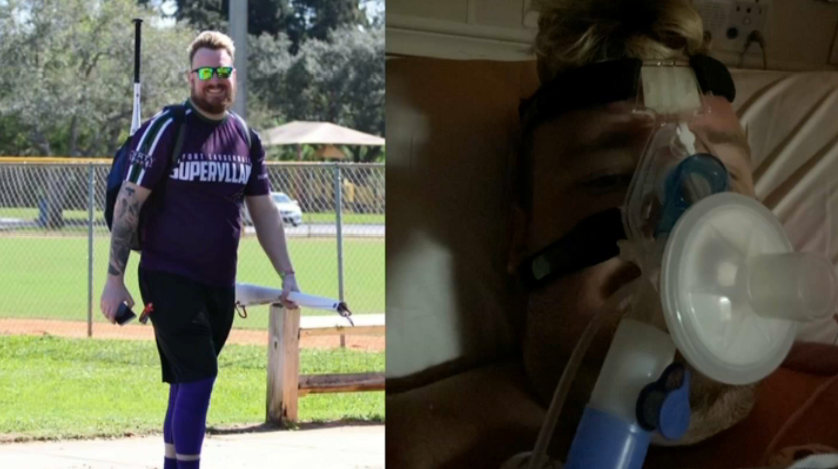 ‘It Almost Killed Me': Survivor Talks About Experience Fighting Coronavirus Nestor Aristiguieta told his daughter he didn't have any symptoms of the virus, but doctors said he needed to spend a few more days at the hospital in bed because of an issue from the transplant. On July 3, his doctor called the family again.

“Around 10:50 a.m., she said she told a nurse to go check on my dad and the nurse found him dead on the floor of his room,” Maria Aristiguieta said.

She said her dad shouldn't have been out of bed. but can't get answers about why he was.

“Every time we try to communicate with them, it’s always, ‘We’ll call you back, someone will get back to you, someone will send you a letter,’” she said. “What does it costs you to just talk to us?”

The Miami-Dade Medical Examiner lists Nestor Aristiguieta's cause of death as complications of his kidney transplant, but the virus is listed as a secondary cause.

His daughter is frustrated they did not hear more from the hospital about what was happening.

“Nothing, honestly nothing they do or nothing they say will bring him back,” Maria Aristiguieta said. “But we just miss him.”

Jackson Memorial sent a statement answering some of the questions the family had.

Regarding the care for patients during this busy time, the hospital spokesperson wrote, “Our patients are physically monitored and observed routinely throughout the course of their stay based on condition and level of care.”

The family couldn’t see Nestor Aristiguieta while in the hospital and spent their last days with him talking on the phone.

“I really have no words to say how much we miss him,” said Maria Aristiguieta.

The family is raising money for a funeral and private autopsy.

“It just hurts,” she said. “And it’s been made worse by the lack of answers.”