Covid hospitalizations in the state increased by 484 on Friday, reaching 4,485, according to the Florida Hospital Association

Florida continued its record-shattering week for COVID-19 infections, reporting nearly 76,000 new daily cases on Friday as testing and hospitalizations in the state also continued to increase.

The 75,962 new cases reported by the U.S. Centers for Disease Control and Prevention once again set a daily record for Florida and brought the state's total to 4,165,962 since the pandemic began in March of 2020. 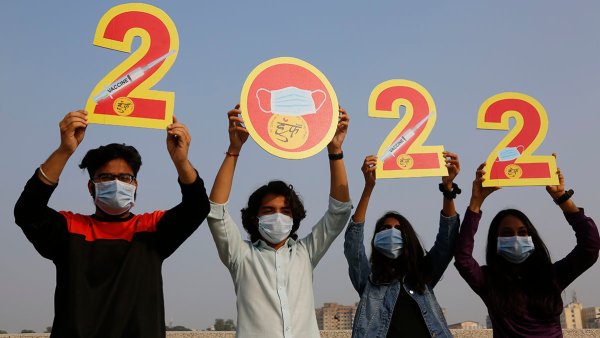 Thanks mostly to the fast-spreading omicron variant and an increase in testing, Florida has set records all week for daily cases, with 58,013 reported Thursday, 52,995 reported Wednesday, 33,567 on Tuesday and 29,129 on Monday.

Covid hospitalizations in the state increased by 484 on Friday, reaching 4,485, according to the Florida Hospital Association. That total is nowhere near the peak of more than 17,100 hospitalizations during the summer delta wave.

Hospitalizations in the state have increased over 144% in the past week, though more than 25% of adult ICU beds remain available.

The state's Covid-related death toll was 62,480 as of Friday.

In Miami-Dade County, the positivity rate reached 26% on Friday, with 135 patients with Covid in ICUs.

A total of 68,553 Covid tests were given in Miami-Dade on Thursday, a new daily record, according to Mayor Daniella Levine Cava.