DeSantis held an afternoon news conference to reveal Phase 1 of his reopening plan, which will start May 1

Florida’s restaurants and retail stores will be allowed to reopen Monday at 25% capacity, if the local government allows it, Gov. Ron DeSantis announced Wednesday, as the state begins the slow climb from the economic abyss caused by the coronavirus.

The governor specifically excluded hard-hit, heavily populated Miami-Dade, Broward and Palm Beach counties, saying their businesses will begin phase one when it is safer.

The governor will also allow hospitals and surgical centers to restart nonessential, elective procedures — but only if they have sufficient medical supplies and agree to help nursing homes and assisted living facilities prevent and respond to coronavirus outbreaks. 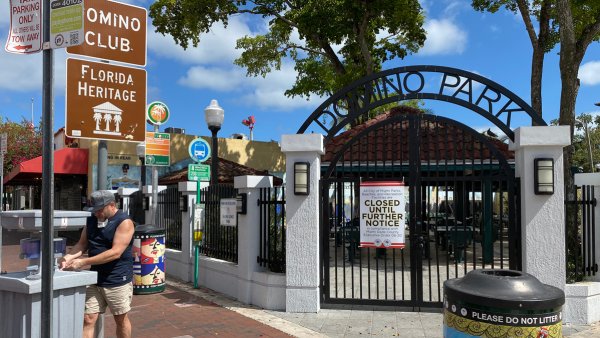 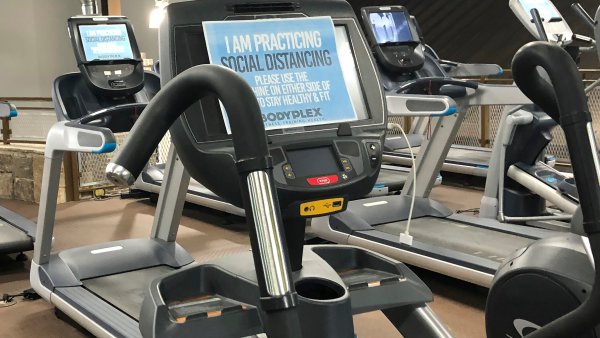 "We do have hope, there is a light at the end of the tunnel," DeSantis said at a news conference Wednesday in Tallahassee.

DeSantis, a Republican, is being more cautious than the neighboring state of Georgia, as well as the task force DeSantis formed last week to study how to get people back to work. The task force suggested restaurants could operate at 50% capacity, but the governor is easing in more slowly. He said earlier this week that Florida will take “baby steps” in trying to resume business and is following through with that approach.

The task force also suggested reopening gyms and barbershops with restrictions, but he’s not allowing that in the first phase. DeSantis is also not setting a date for the second phase. Instead, he’s taking a wait-and-see approach to how the state fares during the first phase, his staff said.

Bars and nightclubs also won’t reopen yet, but DeSantis is giving approval to sporting events if they don’t include spectators. The state will continue to restrict visitors to nursing homes and state prisons.

Florida has had more than 33,000 confirmed cases of coronavirus, resulting in at least 1,218 deaths, according to the state Department of Health. But there has been a downward trend in new cases since early April.

The state, like the nation, has seen large swaths of its workforce thrown into unemployment because of the shutdown and its two biggest economic sectors, tourism and agriculture, decimated as visitors fled and institutional produce buyers such as hotels and schools closed.

It’s been more than a month since the governor ordered the first closures and more than 800,000 Floridians have filed for unemployment.

A look at the gating criteria that must be met for phased reopenings from coronavirus.

Still, many Floridians did not seem eager Wednesday to resume even partial normalcy. Retired Jacksonville teacher Pamela Riggs-Stoia said reopening anything without more testing for the disease and contact-tracing is foolish.

“I feel like we are treating people as disposable. Remember that not only are the participants in the newly opened places susceptible to infection, but the resulting secondary infections to family, roommates, etc, and most importantly exposing our medical providers to more and more viral load,” said Riggs-Stoia, 60.

Sherif Andretta, a 35-year-old Miami music producer, said he welcomes the opening of parks and outdoor spaces especially since his dog misses her walks. But he is hesitant to go to a restaurant or anywhere that draws people into tight quarters.

“Living in Miami, we are the most dense part of the state, and have to be more cautious than other cities,” Andretta said. “I will continue to practice social distancing, and will avoid restaurants and other nonessential businesses until I believe it is safe.”

DeSantis was one of the last governors to issue a statewide stay-at-home order, preferring a county-by-county approach throughout March. Statewide, he essentially closed bars March 17 and on March 20 he closed gyms, limited restaurants to takeout and delivery and banned gatherings greater than 10. Schools also closed in March.

On April 1, the governor ordered the closure of nonessential businesses statewide starting two days later and ordered employees to work from home wherever possible.